The story behind the most famous pig of all. 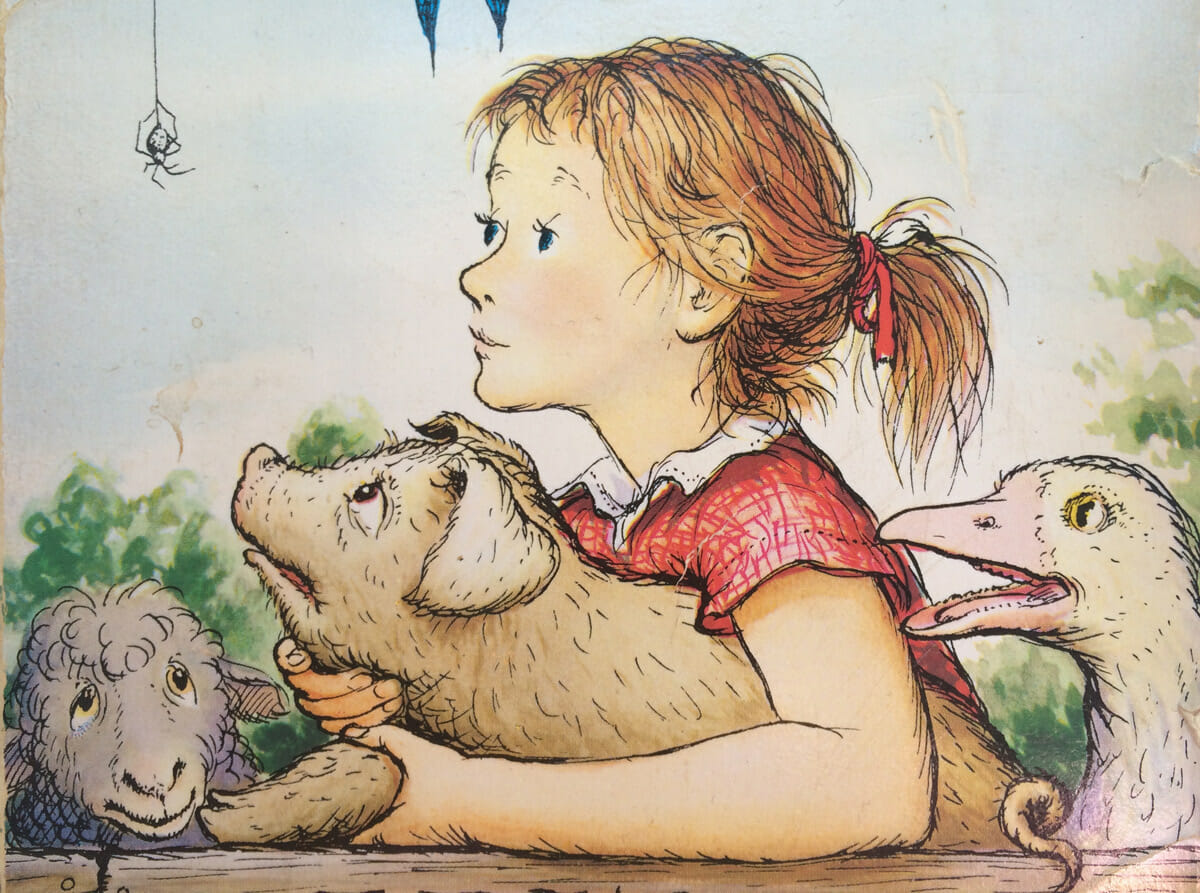 Brought to life by E.B. White, famed staffer at The New Yorker, Wilbur was a wonderful piece of fiction, but it wasn’t all make believe. White’s background as a farmer imbued Wilbur’s story with a ring of truth, helping it become a beloved classic.

“I don’t know of any book for adults or children that has the Sword of Damocles hanging over it as much,” says Michael Sims, author of “The Story of Charlotte’s Web: E. B. White’s Eccentric Life in Nature and the Birth of an American Classic”. “I mean, mortality’s scythe is right there in the first sentence, ‘Where is papa going with that axe?’ It’s like Hitchcock.”

White grew up in the suburbs of New York City, but learned a deep appreciation for the natural world when he contracted a bout of severe hay fever and, on the advice of a doctor, was taken to summer in Maine as a child. Eventually, he graduated from Cornell University and became an instrumental contributor to The New Yorker during its formative years. But, despite the fact he was a key player at a magazine that embodied New York’s urban sensibility, White did not really relish living in the city. In his early thirties he bought a farm in Brooklin, Maine, splitting his time between the city and the country before moving to the country permanently. He died at the farm in 1985. On the occasion of his death, William Shawn, editor of The New Yorker, said “He loved his farm, his farm animals, his neighbors, his family and words.”

White was not just a gentleman farmer. He raised chickens, turkeys, pigs and cows and carried out the daily duties of running a farm. Farming informed much of his writing and he published a book of essays about farm life called “One Man’s Meat” in which he writes “farming is about twenty per cent agriculture and eighty per cent mending something that has got busted. Farming is a sort of glorified repair job.” (White also writes of a pig that gives birth to a runt like Wilbur.)

‘He was very aware that the farmer was one who in a sense betrayed each animal at a certain point. That you cared for them, nurtured them and then cut their throat six months later.’

Sims says that he originally set out to write about the phenomena of children’s books starring animals but that once he began investigating White and “Charlotte’s Web,” he couldn’t stop: White’s relationship with nature was engrossing and unique. While some people would interact with an animal – say a bird in a park – and simply enjoy the moment and move on, White held tight to these memories, Sims says. They ran around and around in his head. He often wrote in the voice of animals, even penning a letter in the voice of his Scottish terrier, Daisy, to congratulate his wife on her pregnancy.

In the case of Wilbur, the pig that ran around and around in White’s head was the subject of a now-famous essay “Death of a Pig,” published in The Atlantic in 1948. In the essay, White describes a few days and nights during which he cared for a sick pig that eventually died. His concern for the animal – which was slated to become dinner if he survived – was great. “When we slid the body into the grave, we both were shaken to the core,” writes White. “The loss we felt was not the loss of ham but the loss of pig. He had evidently become precious to me, not that he represented a distant nourishment in a hungry time, but that he had suffered in a suffering world.”

“What I like about him, what I find interesting about him,” says Sims, “is that he could look straight at things and acknowledge the ambiguity and the irony and the moral iffiness of a situation. And just keep going. He did not become a vegetarian, he did not renounce farming. But he was very aware that the farmer was one who in a sense betrayed each animal at a certain point. That you cared for them, nurtured them and then cut their throat six months later.”

In a letter to his editor, Ursula Nordstrom of Harper & Row, White discusses the ambiguous role he played in the lives of his pigs and how that informed the plot of his novel: “Anyway, the theme of ‘Charlotte’s Web’ is that a pig shall be saved, and I have an idea that somewhere deep inside me there was a wish to that effect.”

Just how he would save the pig was not readily apparent, says Sims. Which is where the spider comes in.

White became fascinated with a large gray spider that lived in his barn that he would pass by when he went to carry slop out to the pig that replaced the one that had died. He watched as the spider fashioned an egg case, and then one day, he noticed she never reappeared. He realized she had probably died. He cut the egg case down with a razor blade, and (just as Wilbur would in the end of his book) commenced to carry it about with him, including on a trip into the city.

“I love the thought that here is E.B. White on the subway in New York City and in his pocket is the egg case that is going to inspire the most beloved children’s book of the 20th century,” says Sims.

‘Animals are the perfect way to deal with the battle of good and evil and the small creatures against the mean creatures. You can deal with things in fantasy that you can’t in realistic fiction.’

The egg eventually hatched in White’s city apartment, and he permitted the spider’s offspring to live alongside him. He proceeded to do a great deal of research into arachnids, eventually deciding that the spider’s weaving skills would be Wilbur’s salvation. Charlotte A. Cavatica would save Wilbur from the chopping block by spinning words like “TERRIFIC” and “SOME PIG” into a web suspended above his pen.

“My publicist insists she’s a publicist,” Sims says. “After all, all she is really doing is advertising Wilbur.”

Wilbur, Charlotte and their barnyard brethren are part of a long and ongoing tradition of animals in children’s literature.

“The animal just allows, especially in fantasy, the perfect way to deal with the battle of good and evil and the small creatures against the mean creatures,” says Barbara Kiefer, professor of children’s literature at Ohio State University. “You can deal with things in fantasy that you can’t in realistic fiction.”

“Charlotte’s Web” satisfies a child’s desire for such a theme in spades, as Wilbur frets over being fattened, killed and eaten by his caretakers throughout the book.

“Charlottes Web” was published in 1952. The following spring, says Sims, White’s stepson Roger Angell, an accomplished sports writer and former fiction editor at The New Yorker, visited the farm with his daughter. White’s granddaughter had learned that a pig on the farm was slated for death, and having read her grandfather’s book, took it upon herself to try and save its life. She drew a picture inspired by “Charlotte’s Web,” and attached it to the pig’s pen for White to discover in the morning, just as Wilbur’s owners had discovered Charlotte’s message.

“E.B. White laughed and went up to tell his wife that this miraculous thing had happened in the night,” says Sims. “And then as far as I could find out, that fall he went ahead and killed the pig.”

After all, he was still a farmer.