Education Outside turns school gardens into classrooms. And today, kids across San Francisco get to study their science curriculum outside. 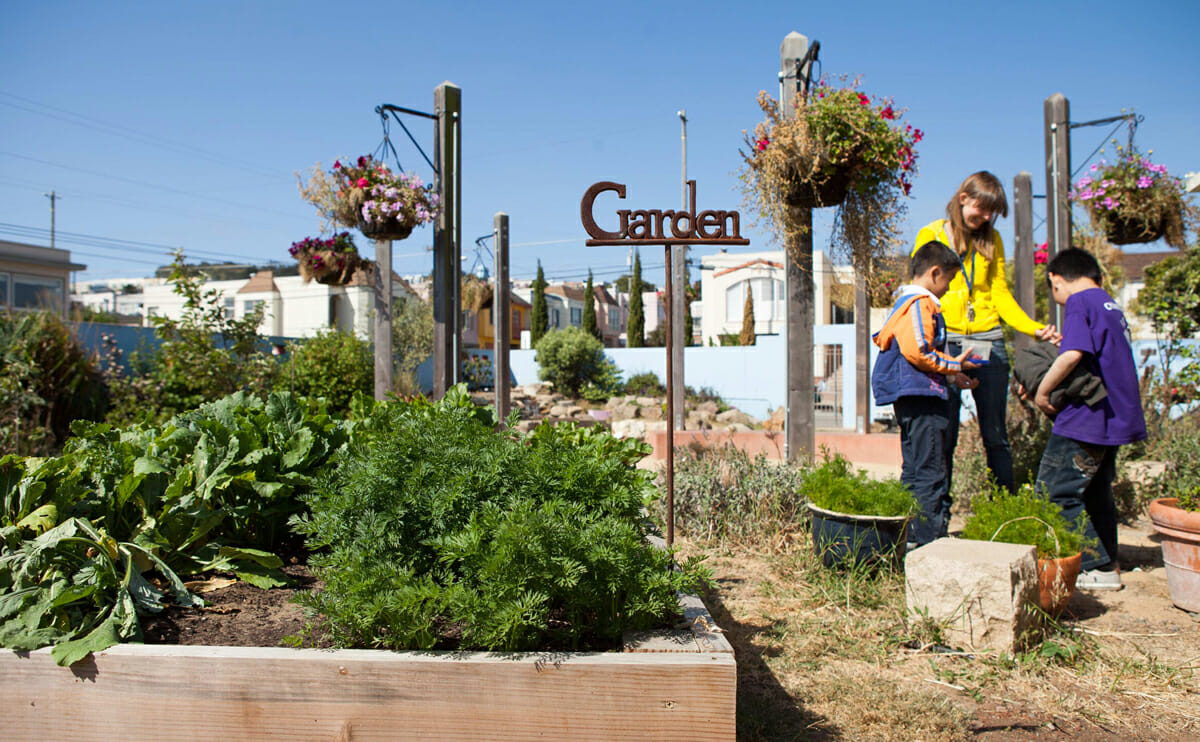 Education Outside works on precisely this concern by turning school gardens into classrooms. And today, kids across San Francisco get to study their science curriculum outside.

Arden Bucklin-Sporer, a San Francisco parent and the founder and executive director of Education Outside, found “in so many cases, school gardens start with gardening and then end with cooking,” she says. While gardening and cooking are important life skills, the actual curriculum was often getting left by the wayside. Bucklin-Sporer believed school gardens could be used very differently.

“About 3 years ago we approached some funders with an idea: what if we staffed a young farmer-type in each one of these green school yards and really trained them in using them as outdoor classrooms for teaching science,” she says. “Then they would become an integral part of every school facility. And indeed they have.” 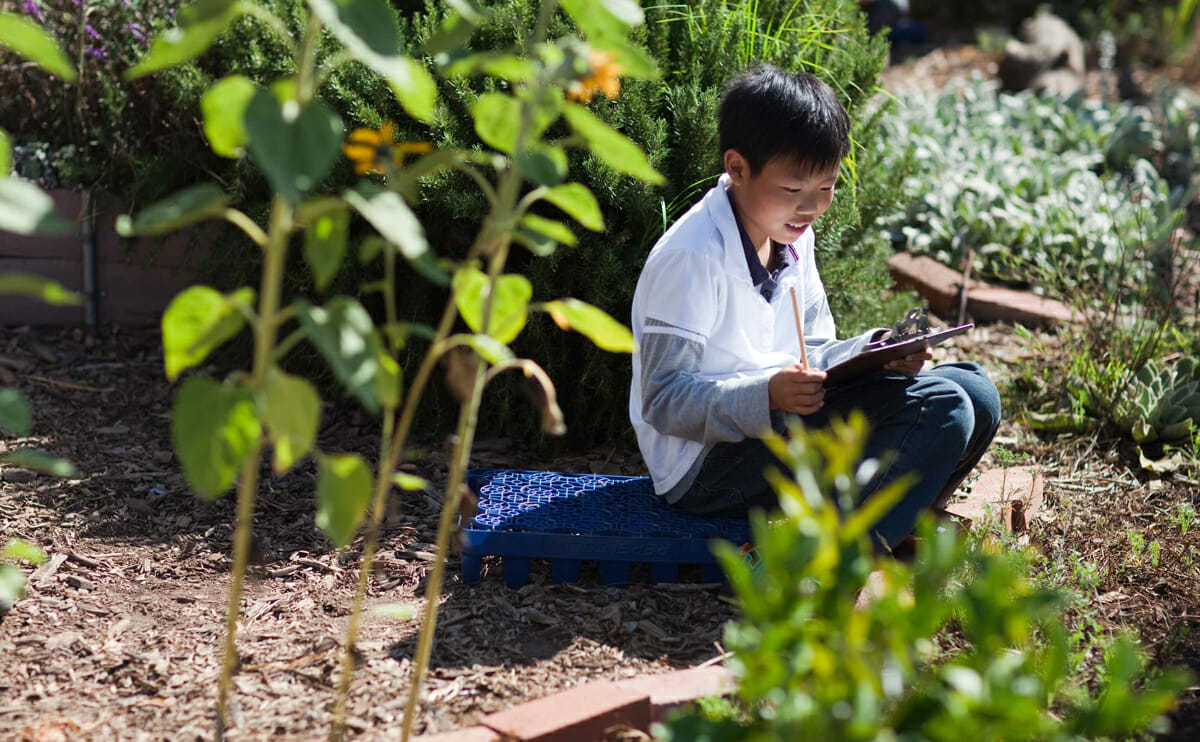 Education Outside now works with 22 public schools in San Francisco to staff them with a corps member who can help bring students’ science curriculum into the school garden. Corps members are recent college graduates with experience in science or farming, and some informal background in children’s education. They work for two years at one school. In addition to teaching students, they also take on different sustainability projects in their schools such as composting or alternative transportation initiatives.

Corps members approach teachers about adapting required lesson plans for the garden. They then teach the lessons or assist the teachers. Part of Education Outside’s mission is to bring school gardens into the curriculum, not treating gardens as “add ons” or after thoughts.

“The problem with an ‘add on’ is it tends to add another thing to the teachers plate,” says Bucklin-Sporer. Education Outside, instead, aims to take something off the teachers plate by having corps members work on lesson plans and help with the actual teaching. 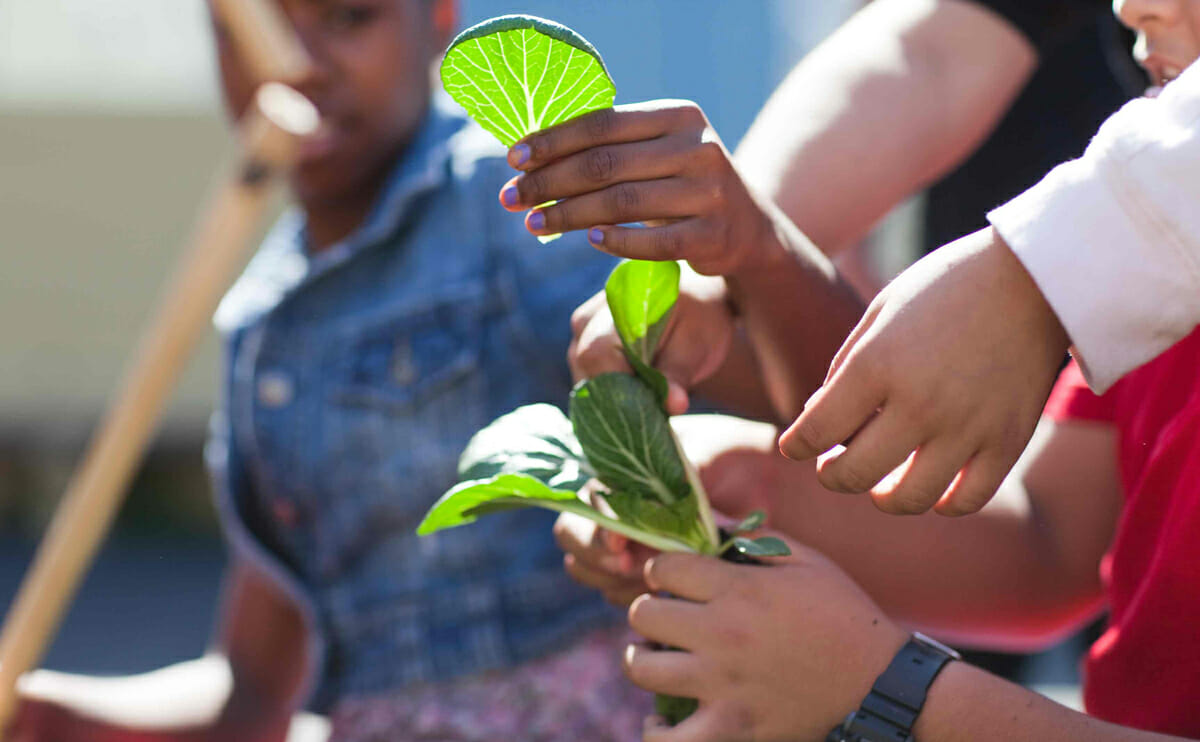 There’s also more traditional garden work, which, says Walker helps “students come away with an increased respect for the energy and the labor that goes into producing the food that they eat every day.”

Children seem to like the additional time outdoors, not to mention the garden’s bounty. Walker has a fond memory of hearing a first grader say, “Every time we have lunch recess I eat lettuce from the garden. I eat it every day.”

Cooking is incorporated into school garden lessons but those too are “framed by the educational structures and standards that would be going on in the classroom,” says Bucklin-Sporer. A cooking lesson can incorporate teaching students about measurements, counting, digestion and the food web, she says.

Education Outside is now in it’s third year and Bucklin-Sporer says they have “fairly ambitious plans about expansion. There are national mandates for what’s called STEM education (science, technology, engineering, math). We’d like to be the ‘S’ in STEM for a lot of school districts.”

It’s important to Bucklin-Sporer that all children, particular urban children, have more access to learning in and about nature.

“There’s so many reasons why our kids need this education in order to interpret the natural world,” she says.