Who would have thought that the simple act of cooking and eating a burger could generate such a lot of headlines? 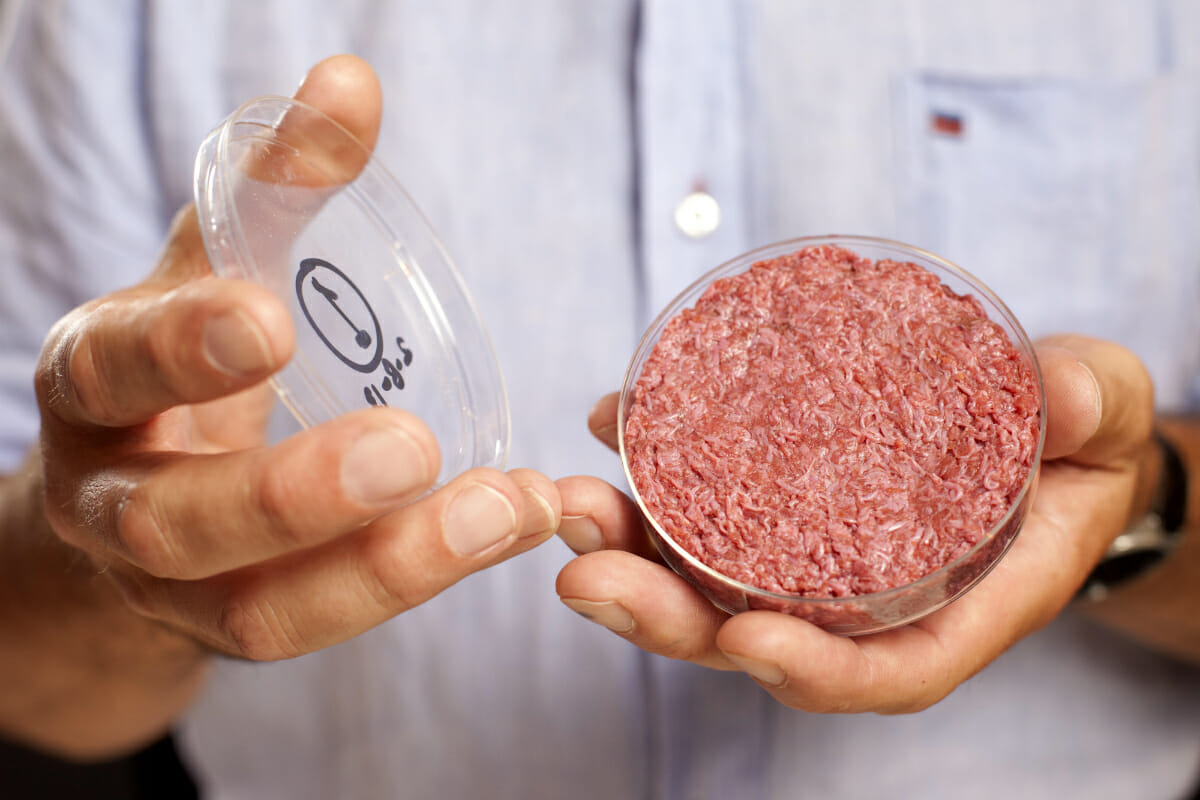 On a stage set looking very much like something out of an episode of MasterChef, the eyes (and cameras) of the world’s media watched with rapt attention as a small, unremarkable-looking meat patty fried in a pan. Who would have thought that the simple act of cooking and eating a burger could generate such a lot of headlines?

But then, to paraphrase Spock, this burger was made from meat, Jim, but not meat as we know it. The burger sizzling in the pan was made from meat painstakingly grown in a lab, using a cell cultivation technique developed over five years, with the burger’s cost running about $330,000. Rather than in vitro meat, the phrase “cultured beef” (a term suggesting cattle with a taste for opera) is the one preferred by the project’s lead professor, Mark Post of Maastricht University. PR notwithstanding, the burger – swiftly and inevitably – has been nicknamed the “Frankenburger.”

To witness the first public cooking and consumption of a lab-grown meat burger, the world’s media headed their droves to London’s Riverside Studios, a theater venue known, appropriately, for cutting-edge, experimental theater. Limited seats and strict security added to the media anticipation. Following the obligatory polished AV presentation – featuring, among others, project backer Sergey Brin – chef Richard McGeown set to frying the cultured beef burger in sunflower oil and butter. The white-hued burger had been colored with beet and saffron, contained breadcrumbs and a binding agent, and looked remarkably like – well – a burger. 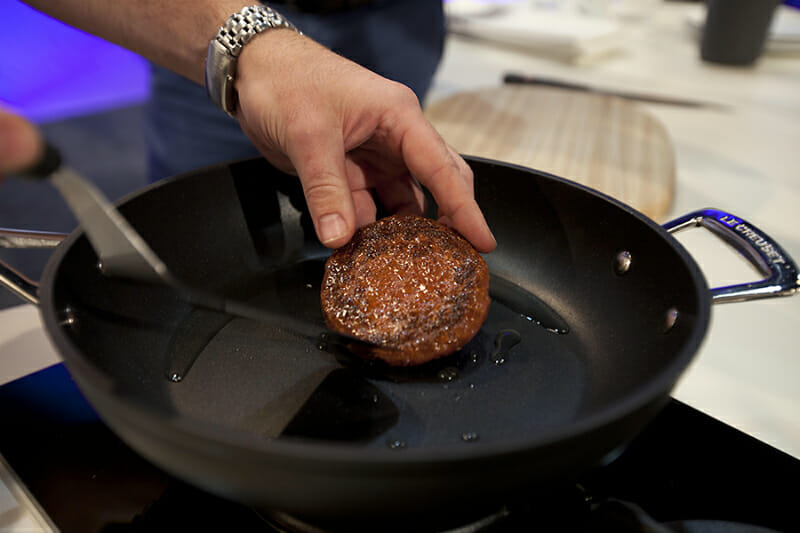 As it fried, Post explained that the burger had been created “by taking muscle from a cow through a harmless procedure” and growing it in lab conditions. “The cells basically do the work of creating more cells on their own; we just provide the right conditions. From one cell we can make the 40 billion cells which are in that tiny burger.” And what drives Professor Post to create “meat” in this way? “I think most people don’t realize that current meat production won’t meet the growing demand for meat, so we need to come up with an alternative. There is no question. This can be an ethical and environmental way to produce meat.”

Onstage next to Post and McGeown were the two volunteers chosen to sample the burger: Hanni Rutzer, a nutritional scientist, and writer Josh Schonwald. Neither of them, it was made clear, had been paid to take part in the tasting, nor had they signed a waiver. Rutzer was the first person to sample the freshly fried burger, chewing it thoughtfully. Her reaction was calm and positive. “I was expecting the texture to be more soft,” she commented, “it had a bite to it, quite some flavor, close to meat. I was missing the salt and pepper.” For Shonwald, “the mouth-feel was like meat, but it was missing fat. The experience was unnatural in that I don’t have burgers without ketchup, onions, jalapeno or bacon!” Both volunteers were confident that the lab-grown meat they’d sampled was safe to eat. “I’m not courageous,” stated Schonwald firmly.

Post envisions that turning this prototype into an affordable meat option, available in supermarkets, is “10 to 20 years off.” His vision is clear: “Imagine, you see two products in the supermarket, that look and taste the same, one grown in a cow, one grown in a lab. The cow meat has eco-tax on it because it is bad for the environment and a little label saying animals have been killed for this. Which are you going to choose?” People had raised the “ick factor” as an issue for people eating lab-grown meat, but, observed Ken Cook of the Environmental Working Group, conventional meat farming has a lot of the ick factor too. “This is a start,” declares Post, “eventually we want to replicate all the cuts of beef, but it will take some time.”

Undoubtedly, it was the novelty and the extraordinary expense of the lab-created burger which caught the world’s imagination. Behind the media stunt, however, are serious issues regarding the environment, animal welfare and how we sustain ourselves as a species. Food for thought.