Drone, Drone on the Range

Drones aren't just for spying and unmanned warfare. Farmers are finding uses for herding cattle, spraying pesticides and a host of other farm chores. 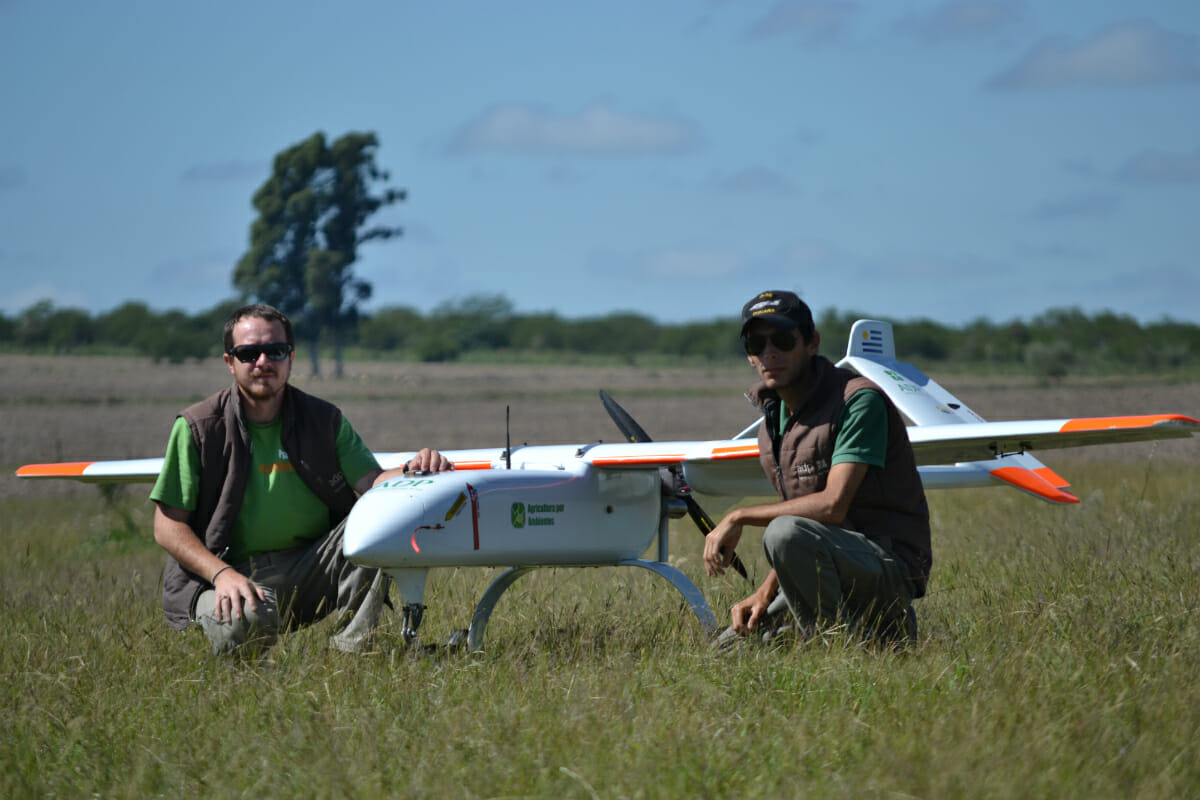 Take Christmas morning at Practical Preppers Farm in South Carolina. Under the tree: an amateur drone with four helicopter blades. Giddy as a kid with a new bike, owner Scott Hunt decided to try flying it over his cows. And maybe, just maybe, he could use the toy as a herding device.

Hunt worried about frightening the animals enough that they crashed through a fence, but as YouTube proves, he did alright. He even landed the drone on the back of his bull.

“He wasn’t too thrilled with that,” he says. “A drone definitely will spook the animals. That’s a huge horsefly.”

Even outside jumpy bovine circles, the word “drone” can get a negative reaction these days. The unmanned aerial vehicles (UAV) are often viewed as the faceless assassins of the military or tools for the police to spy on citizens in their backyards.

‘A drone definitely will spook the animals. That’s a huge horsefly.’

Yet remote-control aircraft have practical purposes. As the costs of hardware, digital cameras and computing has fallen, it’s grown increasingly common to see drones in the hands of regular people, hobbyists and curious kids.

Though he’s keeping the applications playful for now, Hunt, a perpetual innovator on his own farm, sees the potential for UAVs on small and big farms, herding and otherwise. He’s not alone. Long Dream Farm in Placer County, California is considering drones to herd its cattle and such techniques work for sheep too.

And there are plenty of other farm jobs where UAVs could replace humans, horses, tractors and machines, such as crop-dusting, imaging, taking samples and even checking in on pregnant livestock way out on the range.

Compared to tractors and vehicles, drones lighten the impact on the farm. Tractor wheels compress the soil, inadvertently flatten crops and have trouble with hillside farm terrain. Not to mention when crops like tomatoes form tight canopies between plants, the only real way (before now) to do get a sense of the field is by walking them. Drone helicopters can hover just inches off the ground and wield a robotic arm for taking leaf or insect samples.

And compared to piloted aircraft, UAVs are cheap.

“This is just another tool that can be used in the field to hopefully make food production safer,” Dr. Ken Giles, an agricultural engineering professor at the University of California, Davis, who has been working on low-flying unmanned planes for spraying pesticides. Keeping the human pilot away from chemicals as the craft sprays could go a long way to avoid health issues.

But the operative phrase for farm drones is “could replace.” Today it is not legal to fly UAVs for commercial purposes, other than applying for “experimental” permits. So despite much hype and many promises about drones in American media, the UAV applications are still at the fringes.

Farmers abide by FAA regulations for small remote-controlled aircraft — “hobbyist” rules: fly less than 400 feet off the ground, be miles away from an airport and weigh less than 55 pounds. The first two are not much of an issue, but if a farmer wants to do serious spraying, carry heavy imaging devices or cover a lot of ground, 55 pounds doesn’t really cut it. (And Giles points out that if/when you clear FAA regulations, there will also be EPA regulations for crop-dusting.)

Yet on farms in countries with more lax regulation of airspace, drones are, um, taking off. Rory Paul, a robotics developer in Missouri and outspoken UAV advocate, consults with farmers on the best applications for drones and says the United States is “a good three years behind.” Giles echoes the sentiment. “The advancements in Europe are pretty far along,” he says, noting that farms in France are developing advanced imaging techniques.

But it’s not just the West. Japanese farms have long used midsize drones for crop-dusting. Brazil and Argentina have started using drones on their sprawling lands. Pablo Sandoval is a technician at Agricultura por Ambientes in Uruguay, which promotes healthy and sustainable farming. Today his group mainly uses drones for crop monitoring and aerial mapping. The UAVs build an intricate picture of the land by overlaying pictures and thermal images of corn, soybean, wheat, sugarcane and rice.

“I got the distinct impression they thought we’d have Predator and Reaper drones out among our crops.”

For instance, they can use the chlorophyll index to analyze nitrogen changes to the overall terrain, which then informs the way they’ll fertilize plants down the line. And rice needs a specific amount of water so the images dictate where to irrigate and where the crop grows best. Lastly, they use the images to simply gauge what crop yields will be before harvesting.

Some of the United States’ slowness in adoption is just the natural rate of uptake for a new technology. But the slow pace is also due to a government struggling to modernize drone regulations. Congress has until 2015 to create pathways for drones to fill the skies for commercial uses.

Paul works with the officials in charge of the new FAA regulations. “It’s caught the [public’s] imagination, but nothing’s changed from an FAA perspective….I got the distinct impression they thought we’d have Predator and Reaper drones out among our crops,” he said, referring to the deadly military crafts and without a hint of a joke.

The U.S. isn’t alone though. Other countries are struggling with how to manage UAVs. Sandoval says that Uruguay’s current regulations exist in a gray area that doesn’t allow unmanned aircraft, but doesn’t exactly forbid them either. Still, he points out that the demand to find regulations has not experienced as much pressure as it has in the United States since Uruguay’s skies aren’t as crowded.

Giles is measured when he speaks about today’s regulations in the U.S.: “That’s the limitation for a lot of operations.” But the impatience in Rory Paul’s voice is loud and clear when he talks about them. “We’ve been ready to go for three years already — maybe more.”

Some equipment can already take samples from the ground or apply inputs (fertilizers, weedkillers, etc.) in a very localized way. A start-up even managed to plant or sow with great efficiency.

To increase analysis capabilities tenfold, swarms of drones are now being used.

But UAV manufacturers are no longer only interested in the aerial performance of their vehicles: they are investing in sensors and software, embedded or not.