The sight of animals in advertisements, gleefully licking their lips or holding a bone aloft or generally seeming hungry, is easy to miss. 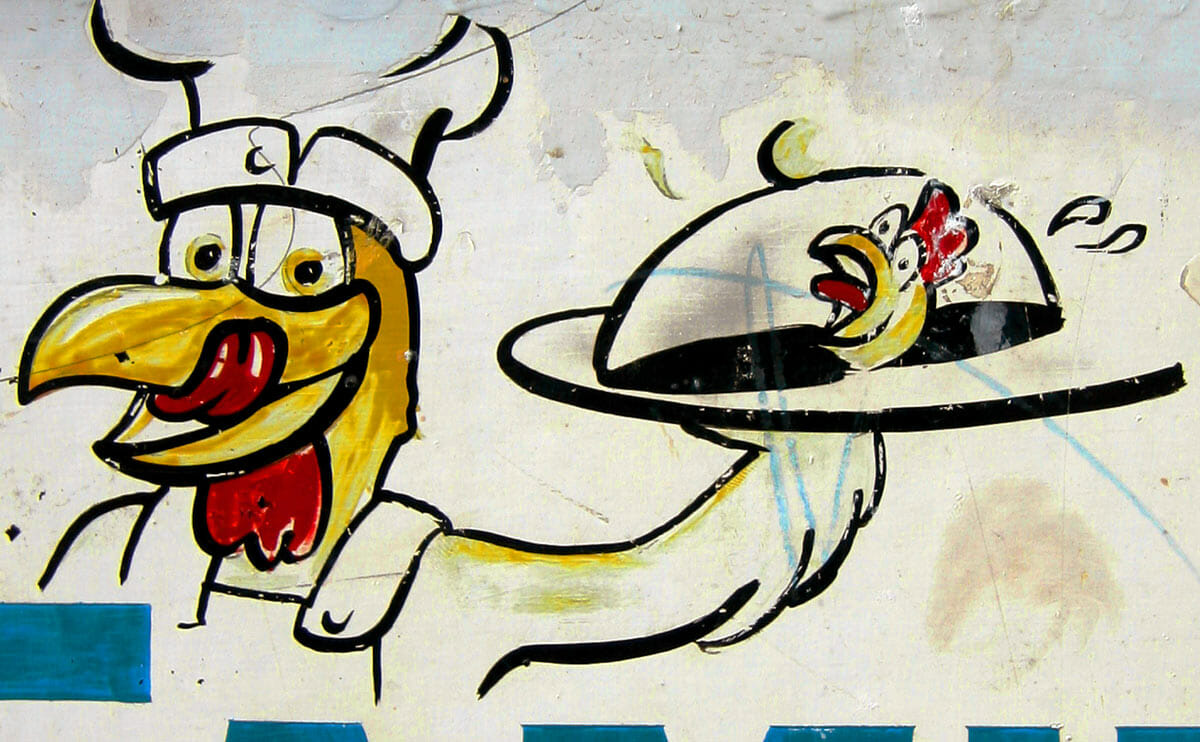 The sight of animals in advertisements, gleefully licking their lips or holding a bone aloft or generally seeming hungry, is easy to miss. We anthropomorphize creatures all the time, so it makes sense that cartoon versions would decorate menus and food commercials. But look closely, as Ben Grossblat, the founder of the Suicide Food blog did, and there’s a whole perverse world of farm creatures seemingly excited to eat members of their own species. Grossblat’s term: suicide food.

Grossblat’s blog has been dormant since 2011, but for an online exhibit called “UnCooped: Deconstructing the Domesticated Chicken,” the online-only National Museum of Animals and Society has pulled together a chicken-only assortment of bloodthirsty fowl. While the images may seem darkly funny, Grossblat and others find a seriously messed-up underbelly to these images. To wit, from the exhibit’s website:

From knife-wielding pigs who happily slice off sections of their own bodies, to a turkey slathering herself with gravy and eagerly boiling herself alive – suicide food’s plethora of images elucidate the ways in which fast food advertising seeks to disguise and distance consumers from the lived experience of the animals they eat.

The end result, then, can range anywhere from devaluing animal life to sexualizing it (note the leering chickens, which could be mistaken for a deviantART yiff). But even if you don’t buy that these images carry big consequences, it’s hard to deny that they are very, very, very creepy. 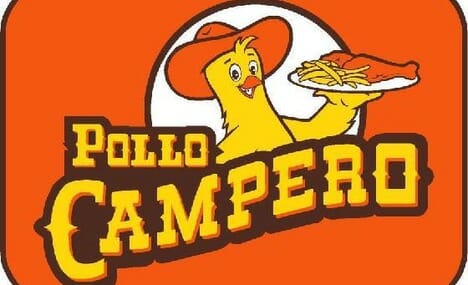 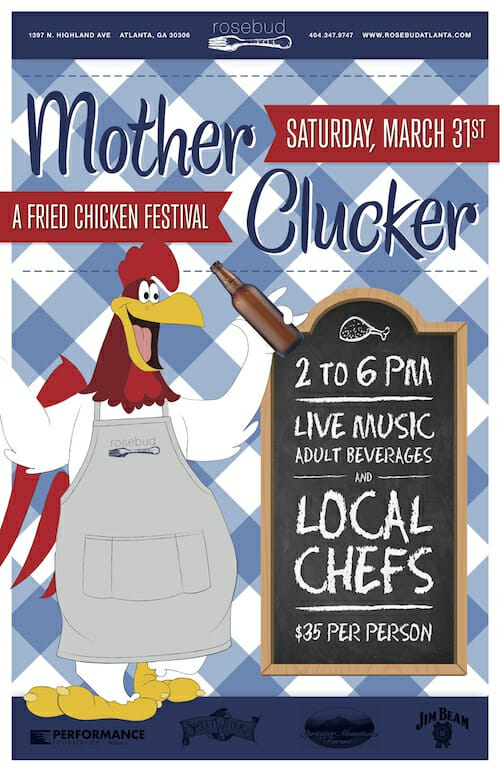 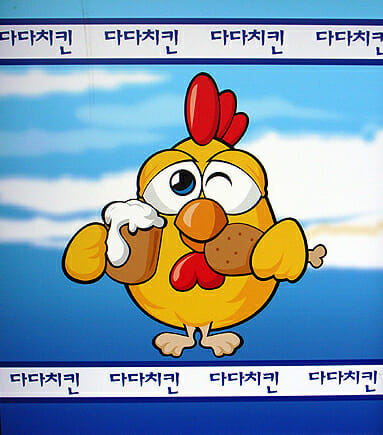 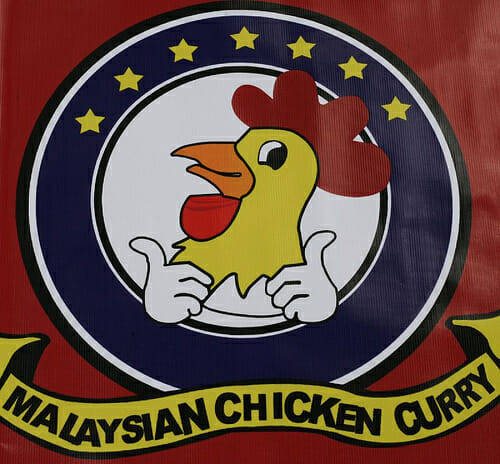 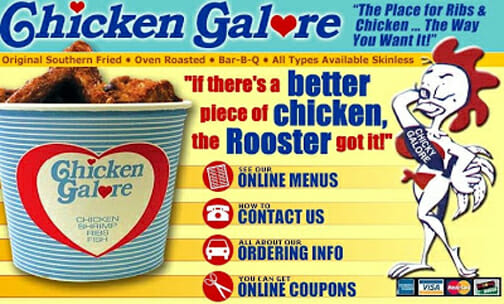 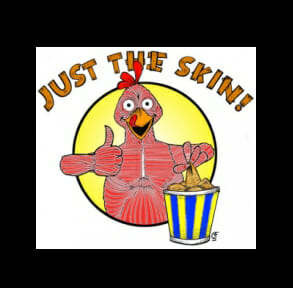