10 New Cookbooks We’ve Been Cooking From This Spring

A host of new books in which to find kitchen inspiration. 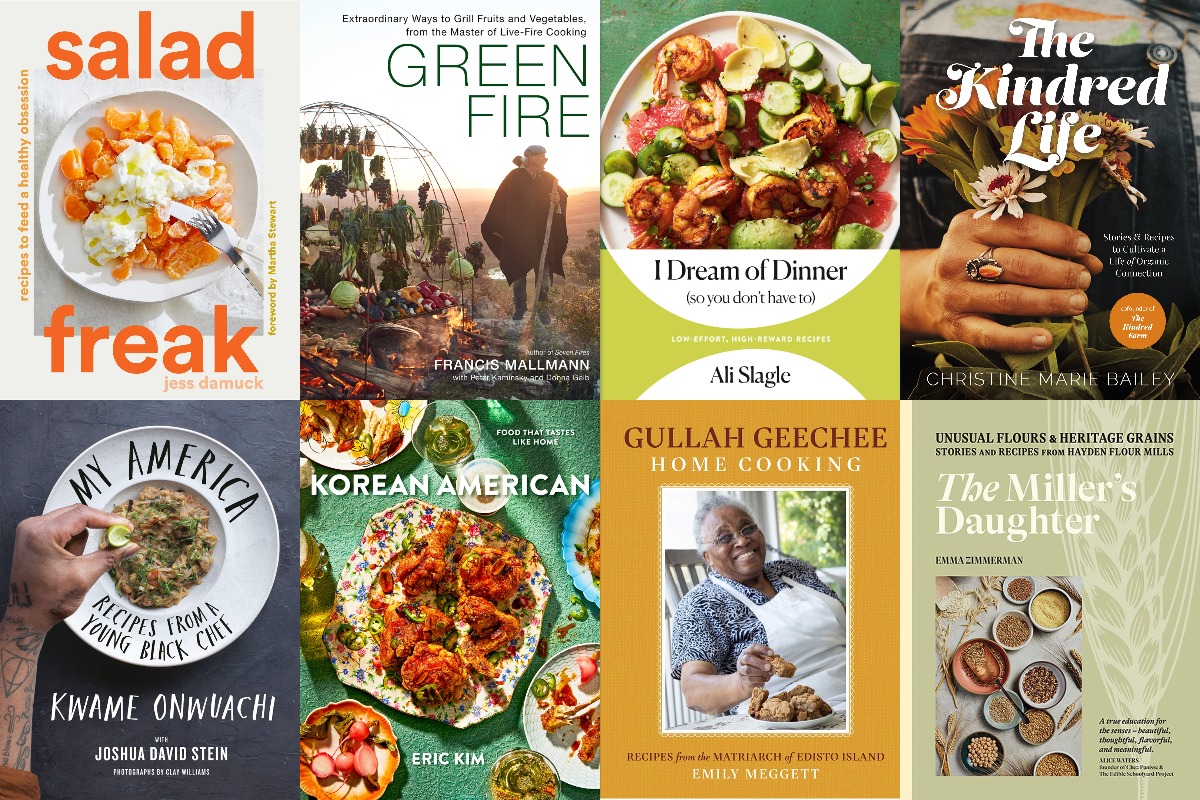 Spring is always an exciting time for new cookbooks, and this year’s releases are particularly thrilling. Whether you’re looking for inspiration for what to do with your bounty of fresh spring vegetables or feel like diving into a new-to-you cuisine or method of cooking, there’s something for everyone. 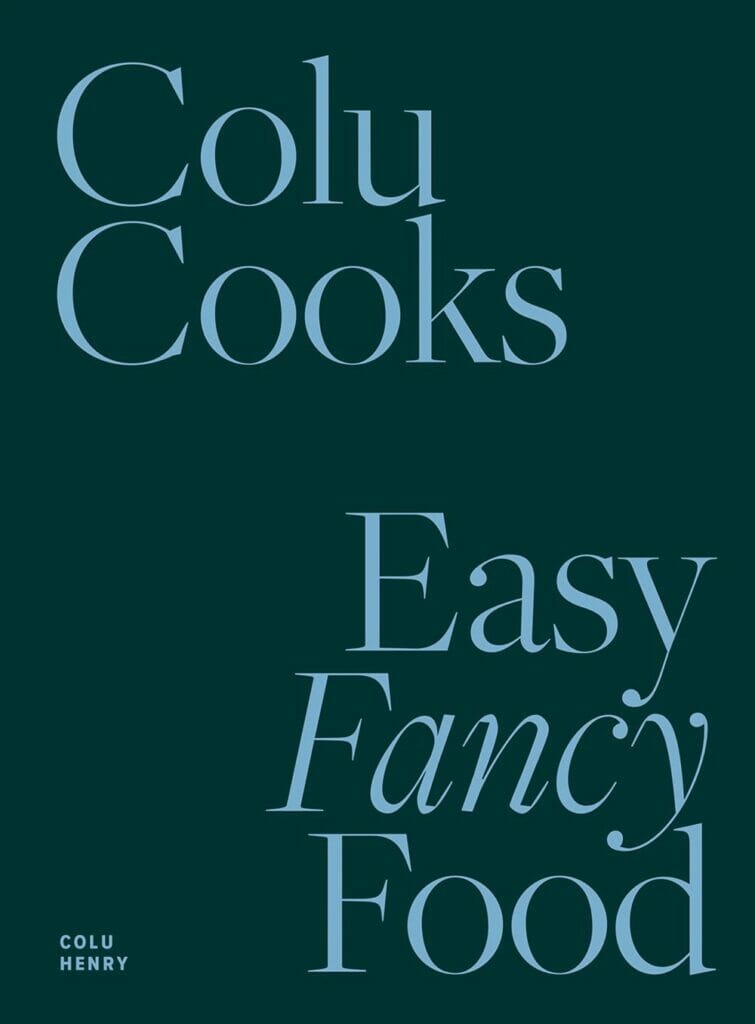 I’ve been a fan of Colu Henry’s recipes since picking up a copy of her first cookbook, Back Pocket Pasta, in 2017. She’s back with a new collection of recipes, which build on ingredients all home cooks should already have stocked in their pantry. They range from classic and easy, such as soft-boiled eggs with pickled chiles or a Sunday frittata, to elegant and sublime, as is the case with the citrus-braised short ribs, lamb ragú with anchovies and pea shoots and the many iterations of fancy toast. 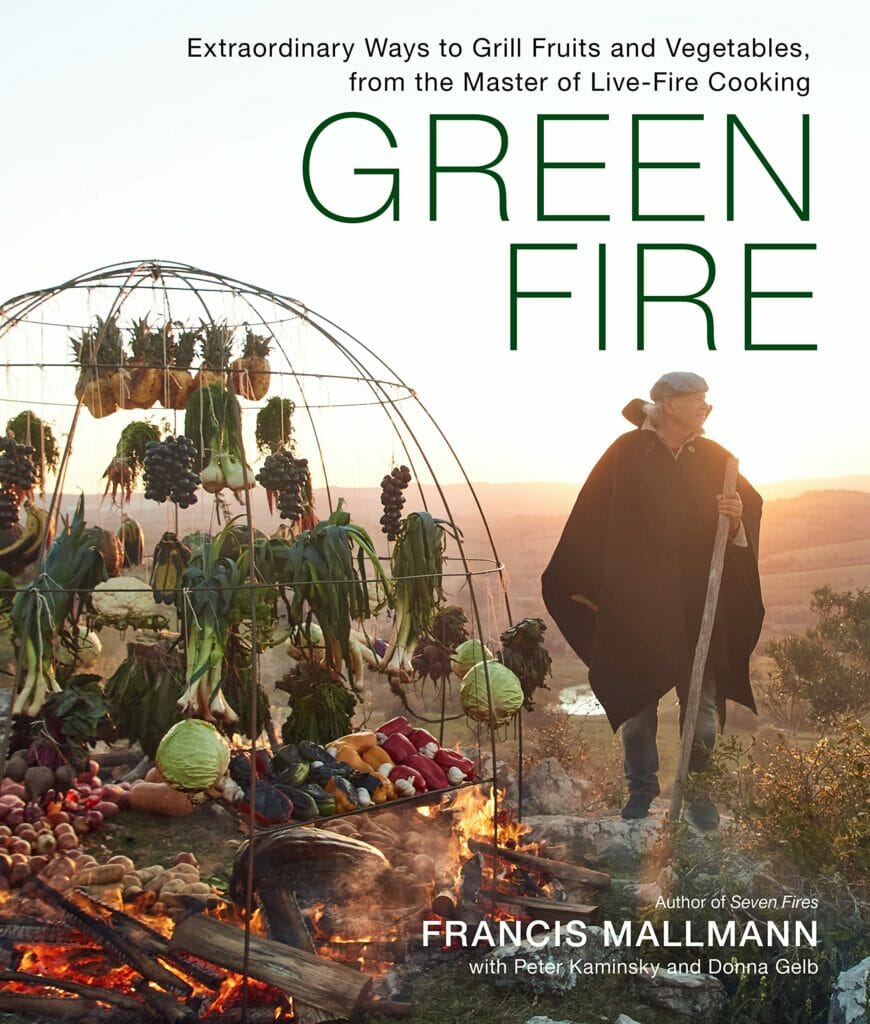 Green Fire: Extraordinary Ways to Grill Fruits and Vegetables, from the Master of Live-Fire Cooking

Francis Mallmann, an expert in Patagonian cuisine, is known for his mastery of cooking meat over an open fire. But, as the Argentine chef shows in his new vegetarian cookbook, Green Fire, he can give the same attention to fruits and vegetables. Within its pages, you’ll learn about the different grills that Mallmann uses, as well as how to apply his mastery of flame, coals and smoke to potatoes, cabbages, eggplant, corn, fennel, squashes, fruit and more to really make the ingredients sing. It’s not every day that an 89-year-old publishes their first cookbook—especially if they’ve never used a cookbook before. For Emily Meggett, a respected elder and “the matriarch of Edisto Island,” the publication of her first cookbook is more than a personal celebration. For all her life, Meggett has lived on South Carolina’s Edith Island, where she’s cooked rich dishes with heirloom rice and vegetables, fresh seafood and local game. Gullah Geechee Home Cooking not only offers culturally important recipes such as Hoppin’ John, Creole Shrimp and Okra Gumbo, it also documents the history of the Gullah Geechee people, descendants of Africans who were enslaved on rice, indigo and cotton plantations of the lower Atlantic Coast, where Gullah Geechee communities stretch from North Carolina to Florida. 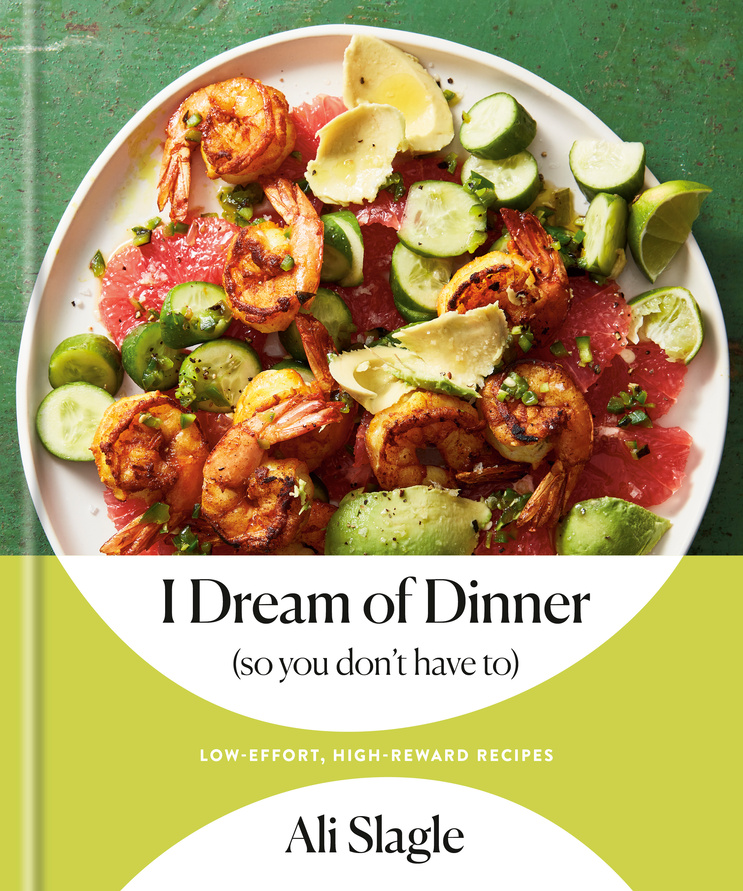 I Dream of Dinner (So You Don’t Have To): Low-Effort, High-Reward Recipes

If, like me, you’ve felt despair at any point during the last few years, you need Ali Slagle’s cookbook. These recipes require minimal effort and ingredients without sacrificing big flavor. Salumi Butter Rigatoni? Yes, please. Low-Maintenance Grilled Chicken? Now we’re talking. The four-ingredient Buttered Quinoa with Bok Choy? I can manage that, and so can you. 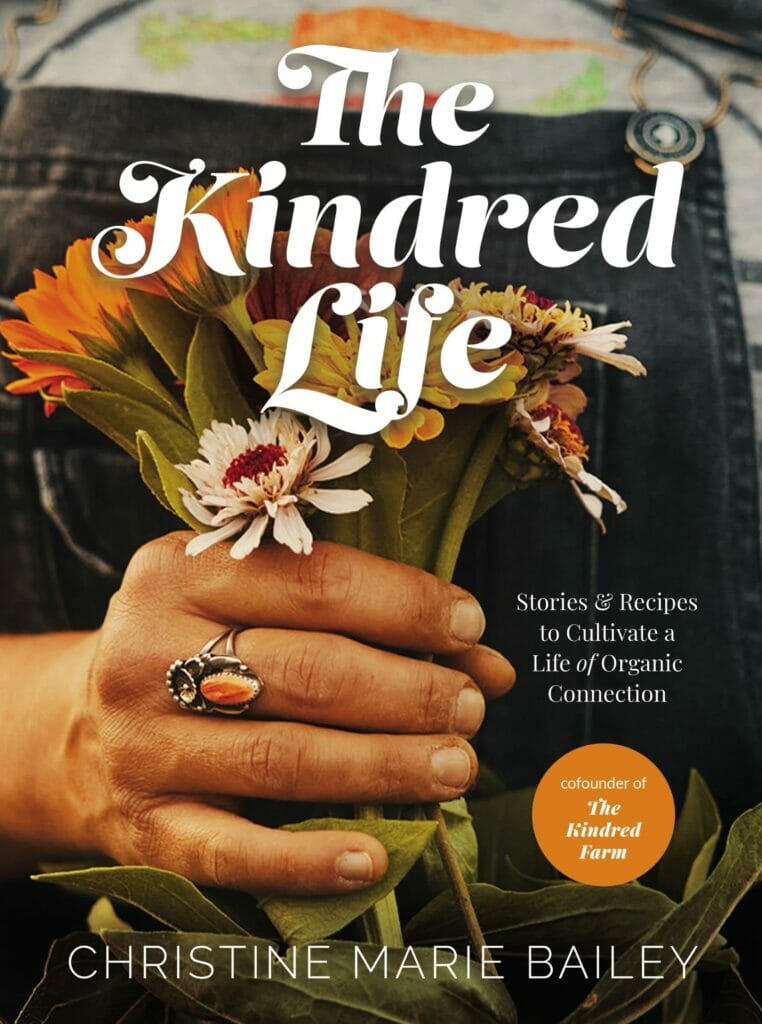 The Kindred Life: Stories and Recipes to Cultivate a Life of Organic Connection

On the 17-acre Kindred Farm in Sante Fe, Tennessee, organic farmer Christine Marie Bailey has worked to build a life of nourishment. After growing up in an Italian-American household in New Jersey, Bailey attended college in Nashville, an hour away from where she and her husband would eventually plant literal and figurative roots. In her debut book, she shares stories from her journey and dishes she’s honed during farm-to-table events the farm hosts. 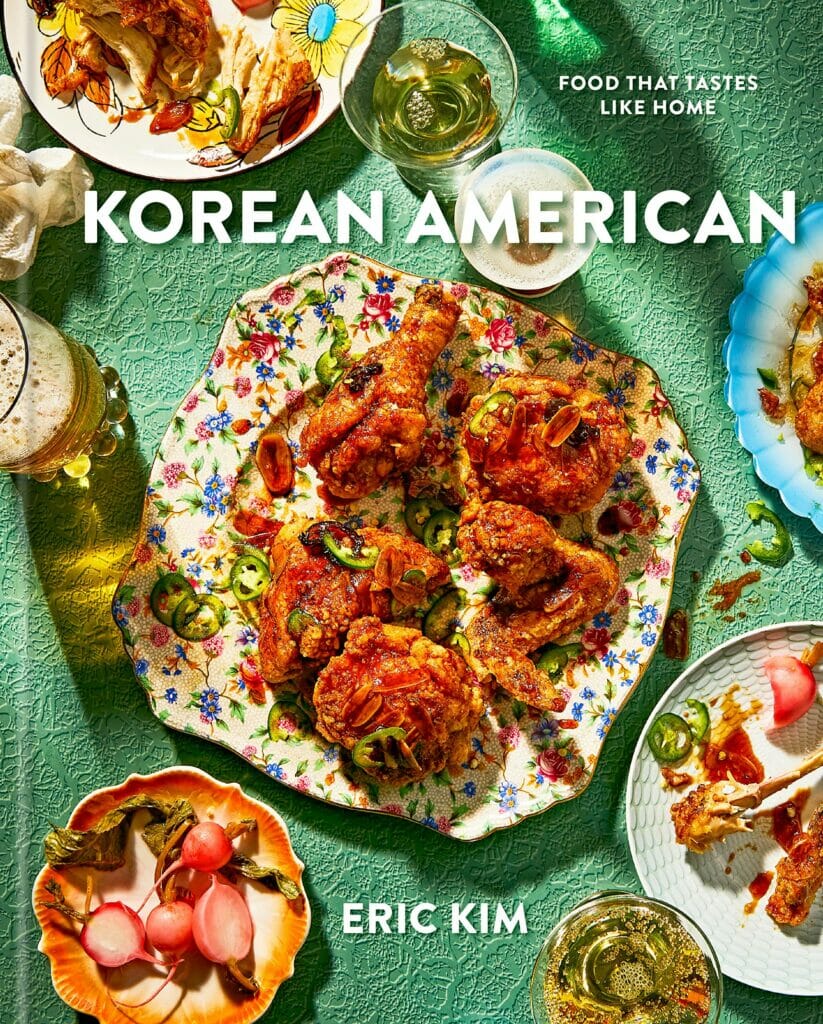 In his debut cookbook, Eric Kim, a New York Times staff food writer, presents more than 80 recipes that showcase what it means to be Korean American. The cookbook, peppered with short essays about his experience growing up the son of two Korean immigrants in Atlanta, also reads like a tribute to his mother, Jean, with whom Kim tested recipes during the early days of the pandemic. Through food, Korean American explores how traditions—both familial and culinary—are tried, tested and cemented over time. Standout dishes include the Creamy Bucatini with Roasted Seaweed, Meatloaf-Glazed Kalbi, Jean’s Perfect Jar of Kimchi and Gochujang-Glazed Zucchini. 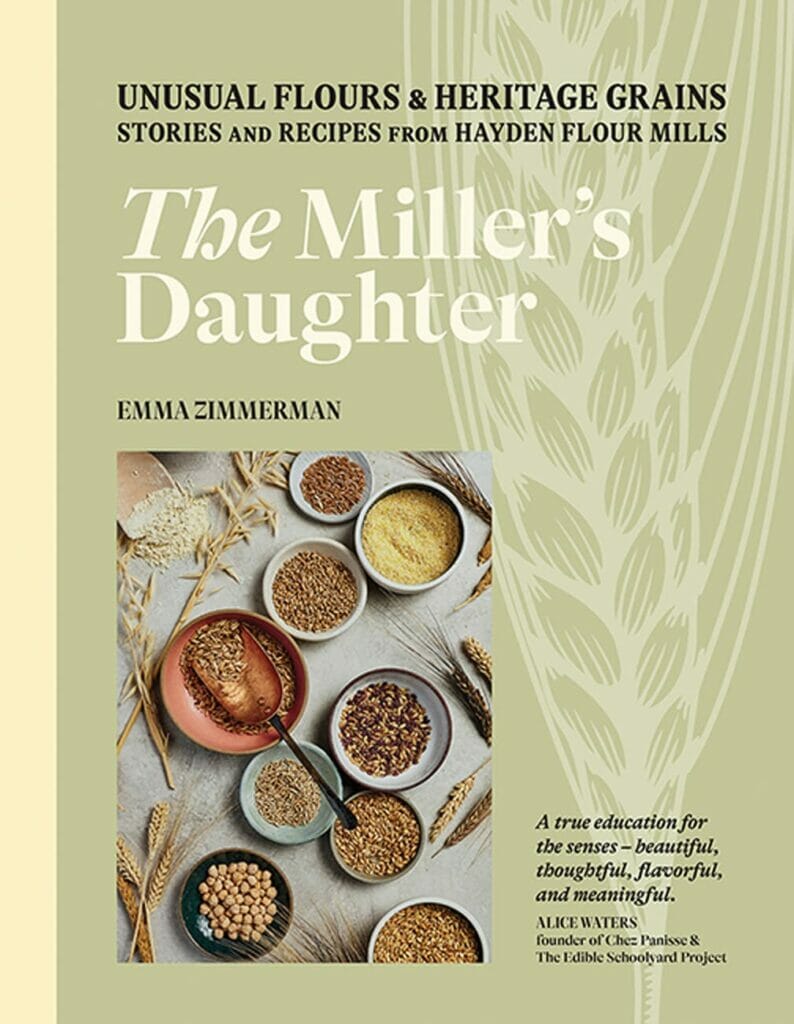 In 2011, father-daughter duo Jeff and Emma Zimmerman founded Hayden Flour Mills in Arizona. For more than a decade, the company has focused on reviving near-extinct varieties of ancient grains. Now, Zimmerman showcases the family business’s grains in a new cookbook, which is organized by grain: White Sonora (a winter wheat), heritage bread wheat, farro, barley, einkorn (an ancient-wheat variety), corn, durum, chickpeas, oats and rye. While there are plenty of recipes for breads, cookies and tarts, The Miller’s Daughter is not filled only with baked goods. There are grain salads, polenta dishes and other savory preparations, too. 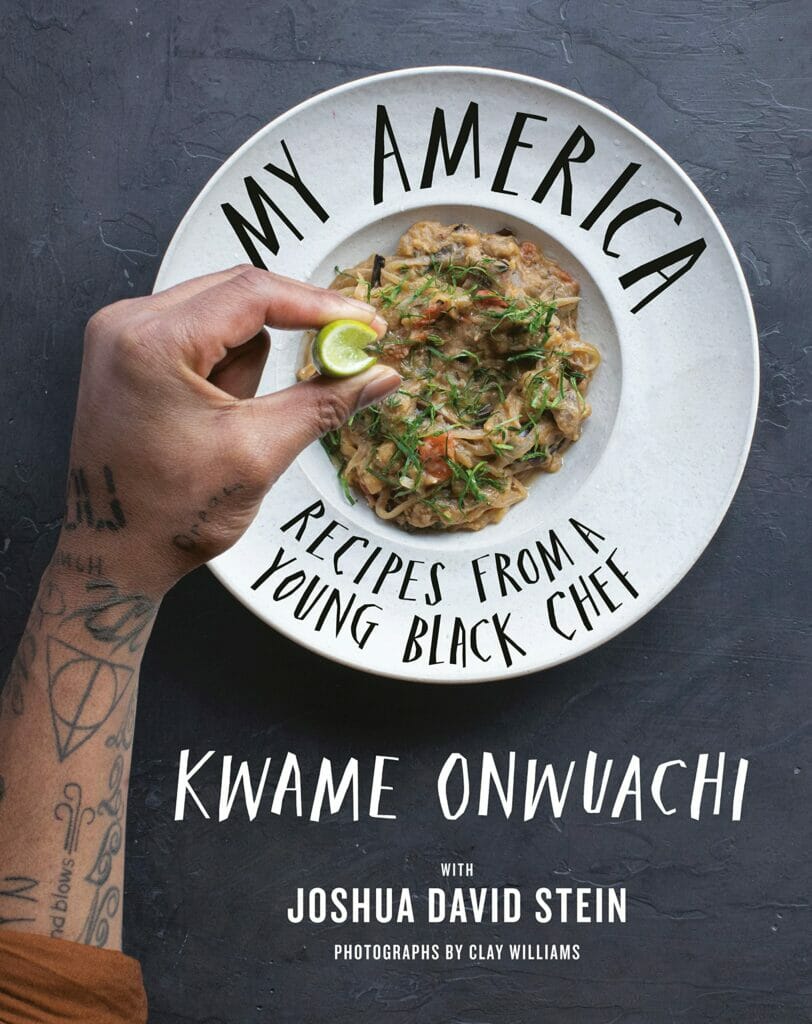 My America: Recipes from a Young Black Chef

In his 2019 memoir, Notes From a Young Black Chef, Kwame Onwuachi explored his coming-of-age story of chasing his dreams as a Black chef. Now, he’s back with his first cookbook, My America, featuring more than 125 recipes that celebrate the food of the African Diaspora. Interspersed between recipes such as Nigerian Jollof, Ackee and Saltfish, Jerk Chicken, Doro Wat and Golden Rum Cake, Onwuachi shares tales from Trinidad, Jamaica, Louisiana and Texas, where he traveled on a personal journey to trace his Afro-Caribbean culinary roots—discovering his America in the process. If you’ve ever stood over your cutting board wondering why it’s so hard to make a not-boring salad that you actually want to eat, allow me to introduce you to Jess Damuck’s cookbook, Salad Freak. It is truly a salad bible, with helpful tips about how to think of building salads around color, texture, shape and flavor, as well as how to store all that fresh produce so it lasts. Try your hand at making recipes such as the Shaved Fennel and Tuna Salad, Caesar Salad Pizza Salad or the Dilly Double Beans and Farro Salad. You may never need to order from Sweetgreen again. 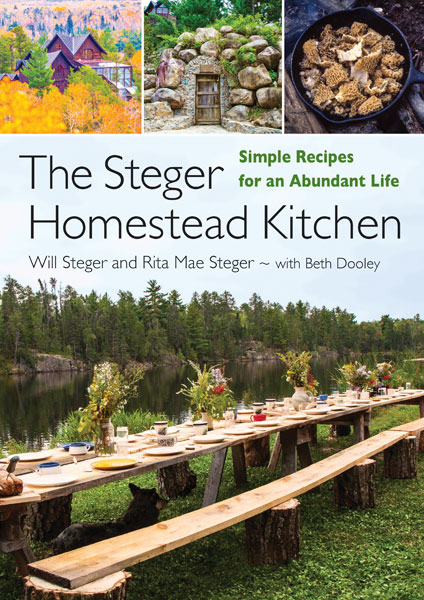 The Steger Homestead Kitchen: Simple Recipes for an Abundant Life

In 1988, Arctic explorer and environmental activist Will Steger founded the Steger Wilderness Center near Ely, Minnesota, dedicated to ecological stewardship. At the heart of the homestead is the kitchen, helmed by Will’s niece, Rita Mae Steger, a second-generation homesteader and chef. This new cookbook celebrates the dishes Rita Mae serves at the center, including a whole chicken roasted over a fire pit, mushroom and wild rice soup, berry pie and a vibrant-hued cashew beet butter.