Rescued Ducks Play a Vital Role on This Vegan Farm

At Sho Farm in Vermont, vegan farmers Melissa Hoffman and Shawn Smith work hand in hand with the land and its inhabitants. 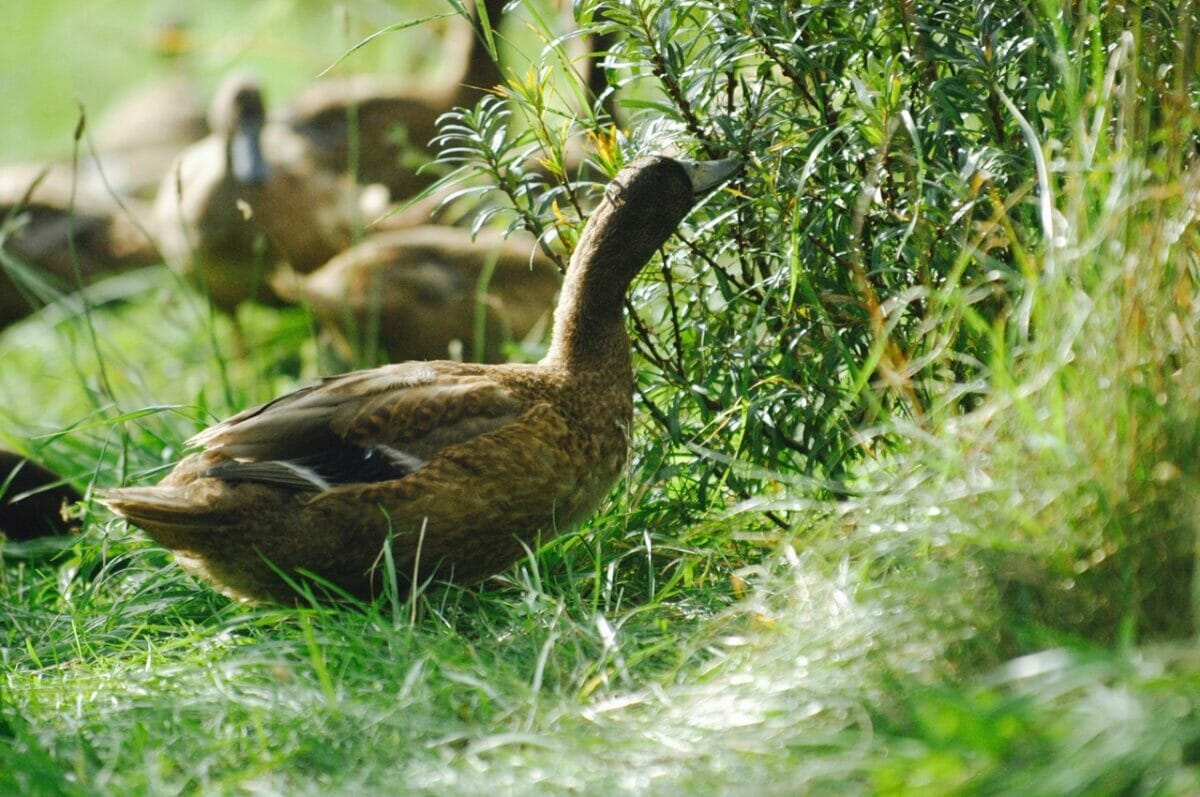 In the Green Mountains of northern Vermont, a plot of nearly 1,300 acres is home to an abundance of flora and fauna, a flock of ducks and two farmers: Melissa Hoffman and Shawn Smith. The ducks at Sho Farm and Sanctuary are not being raised to be slaughtered for food. Rather, they are naturally incorporated into farming operations, helping to manage pests and add fertilizer to the soil.

Since 2015, Sho Farm, which expanded to include a farmed animal sanctuary the following year, has grown into a true model for regenerative vegan farming, where focus is placed on working with traditional ecological knowledge and living harmoniously alongside other life. At Sho Farm and Sanctuary, food is seen not as a commodity but as a relationship with land and life. 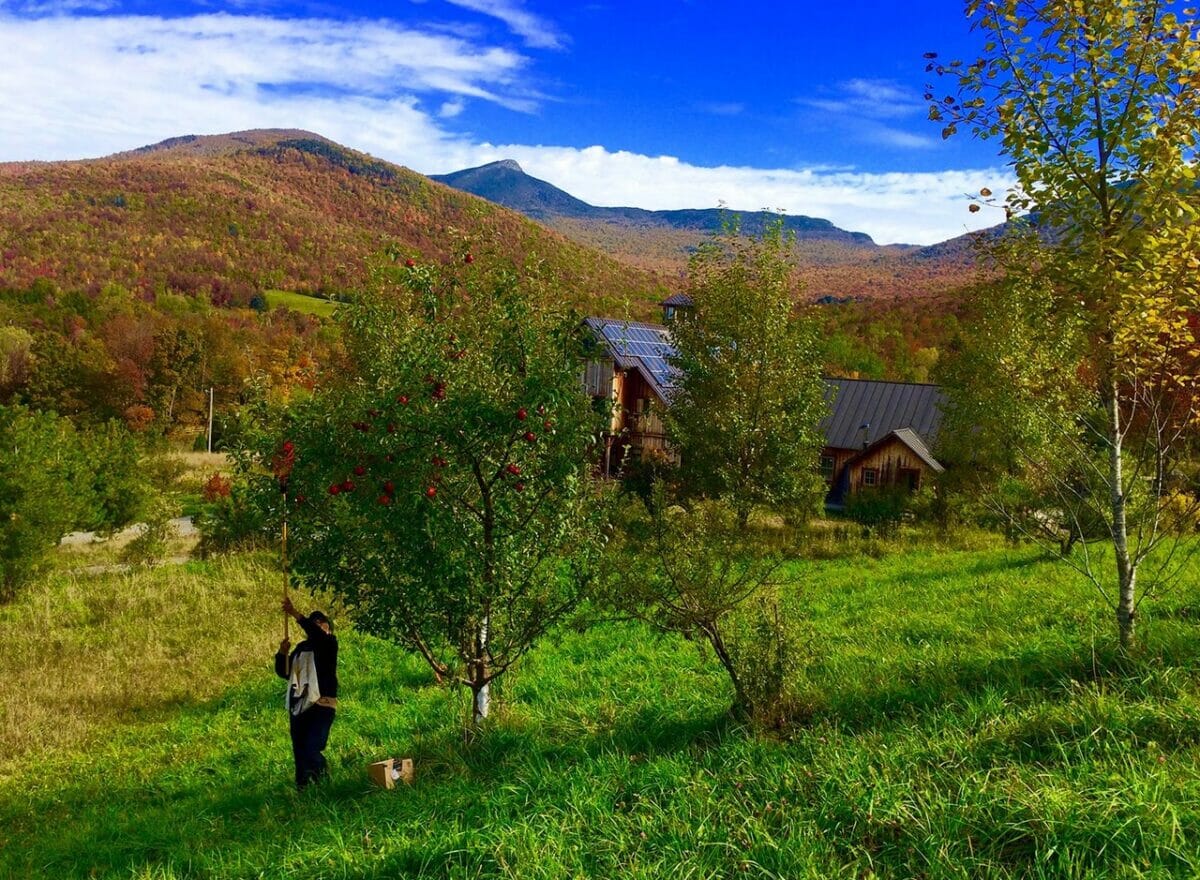 In the beginning, Hoffman, who has a background in organic farming and ecology action, worked with ecologists and biologists to survey the plants and wildlife inhabiting the sprawling and varied space. This was “to understand who was living here, so that everything we did was in relationship to the life already here,” she says.

The methods of food production at Sho Farm and Sanctuary, as well as the farmers’ philosophy of working with rather than against nature, are in stark contrast to most modern agricultural systems. And that’s the point. “We’ve been talking a lot about the broken food system and the consequences of it to the environment, to wildlife, to the animals in animal agriculture and to human health,” says Smith, adding that it’s not just the food system that’s broken. “It’s the relationship between humans, non-human animals, nature and land—the enormous disconnect humans have with the food that they eat.” 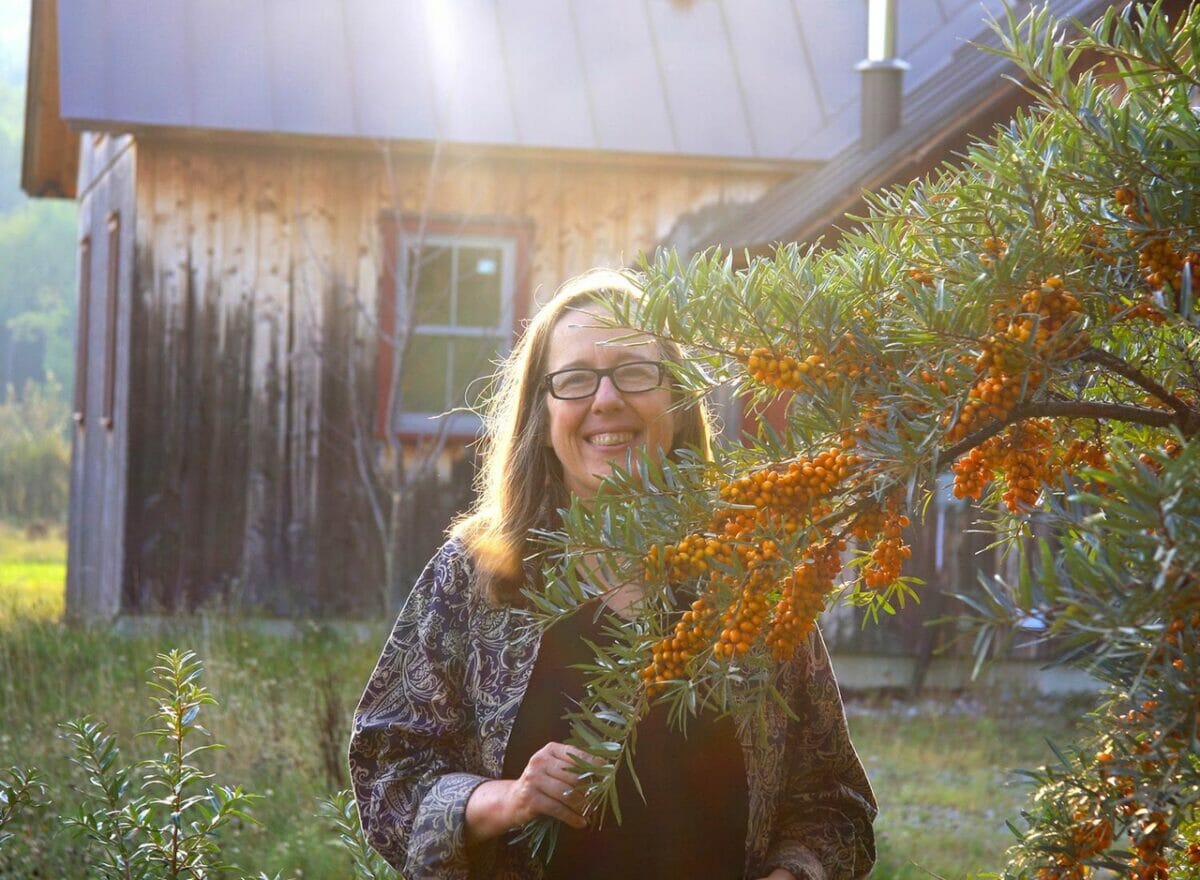 Today, the farmers utilize methods of what they call wildlife-assisted agroforestry (“the forest is the farm,” notes Hoffman) and perennial farming, without tilling and with “slaughter-free inputs” from their ducks. As a result, Hoffman and Smith produce and sell a variety of hemp and CBD products, medicinal tinctures, mushroom broths, misos, fresh berries and probiotic brews, made from a variety of grown and foraged plants and fungi on the farm.

The sanctuary part of Sho Farm was birthed soon after Hoffman met and married Smith, who has Indigenous roots and a background in environmental law and land conservation. Now, the farm is not only a refuge for inhabiting and visiting wildlife but also for the flock of 108 domestic Khaki Campbell ducks that  live on the property permanently. The ducks were adopted from a nearby organic rice farm, where the then-small ducklings were used to gently control weeds and insects in the rice patties and from where Hoffman and Smith bought rice. As the ducks grew bigger though, they risked causing damage to the delicate plants. So, when the rice farmer needed somewhere for his growing flock to go, Hoffman and Smith offered them a forever home.

The rescued ducks play a vital, integrated role on the farm, explains Smith, by naturally providing pest control, fertilizer, aeration and (fuel-free) land maintenance, just as by-products of their existence. “We noticed where we summered groups of ducks and portions of the food system that were not doing very well. The following year, the food system was robust,” she says. “And in very little time.” 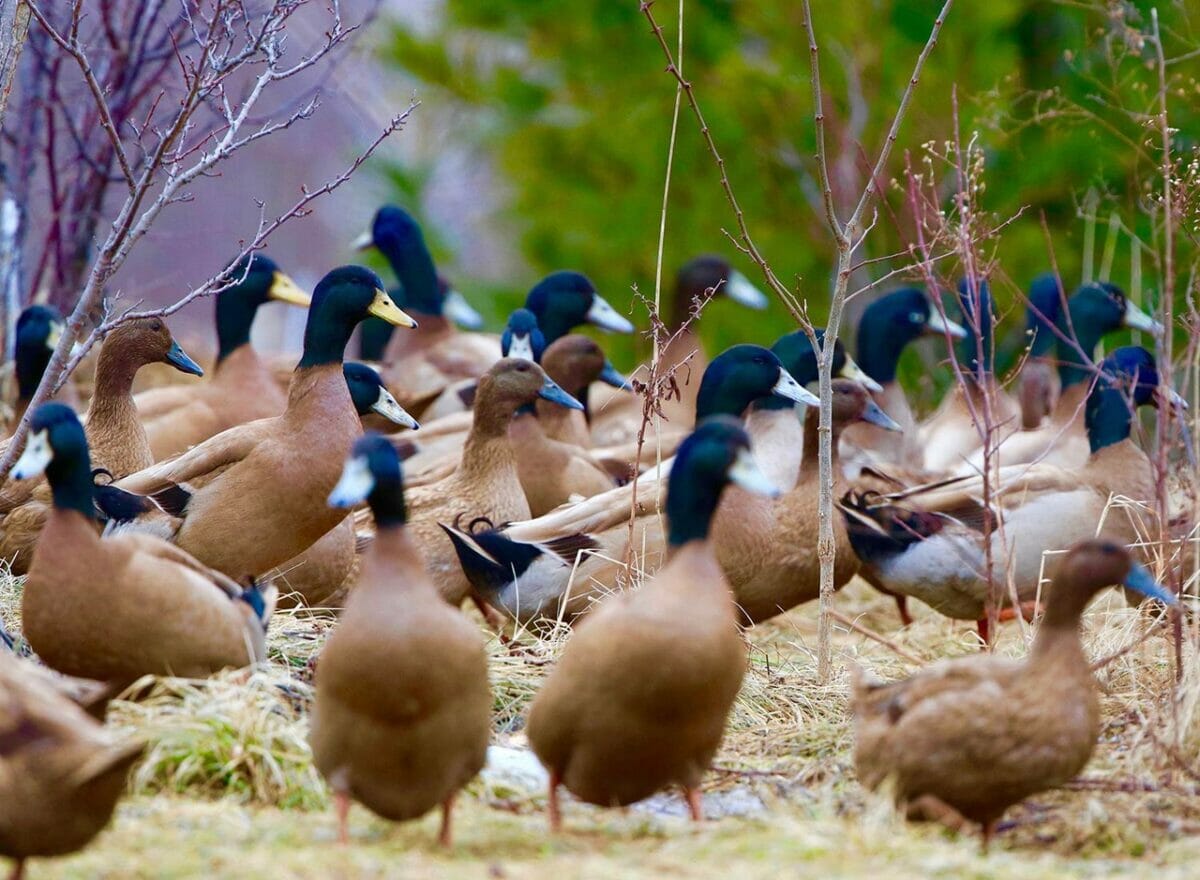 But perhaps the greatest asset the ducks offer the farm is their soiled bedding. During cooler weather, the birds spend more time in their solar-powered barn, which gets mucked daily. The soiled bedding, a mix of sawdust and hay, then gets added to compost piles, where with the help of red worms, rich compost is created that can be later utilized within the food system or even grown in directly. “We direct plant things that we know the ducks love to eat and that we can eat as well; so, while the compost piles are breaking down and aging, they are also growing pumpkins and pumpkin leaves or lamb’s quarters or pigweed,” says Smith.

It’s a symbiotic relationship that works well. “Animals don’t have to be part of a farm in a commodity sense, they can be part of the farm as a partner,” Smith says. “They are wonderful partners.”

Inspiring story and surely something we can all work towards for a healthier, happier future together.

Thanks for this! It’s absolutely necessary that we learn to work with the land and stop farming animals, if we are to have a future. From a climate perspective, from an environmental perspective, and from a pandemic perspective, we need to stop using animals for food.

This vegan farm shows how eating meat can and should be part of a sustainable future, although at much lower levels than Americans currently eat meat. NOT eating these ducks at the end of their life would be wasteful. If they don’t want to because they’re vegan, I hope they let someone else.

Sounds like a win-win. The ducks get forage and the farmers get pest control. Regenerative farming is basically taking two problems and merging them for a solution.

What a crock. How much money did you go to vt with to buy 1300 acres? If you actually needed to support a famiy from that property without any trust funds or from your former high earner lives you would fail.