The Demand for Dairy Semen Is Drying Up - Modern Farmer
Animals, Dairy

The Demand for Dairy Semen Is Drying Up

Dairy semen sales have slumped to a 17 year low as more farmers start raising cattle for beef instead. 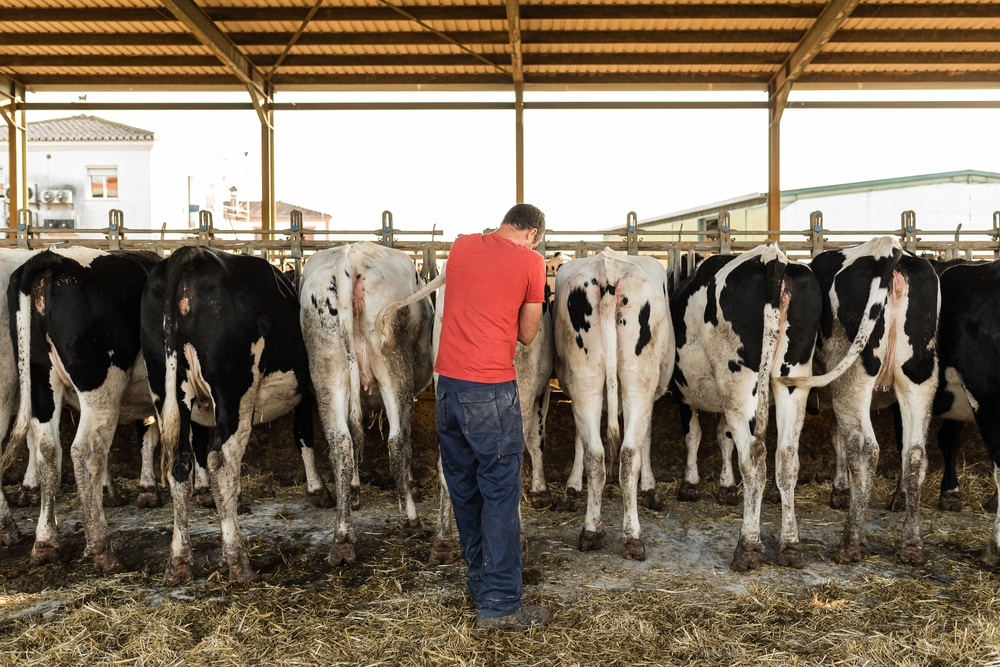 Sales of dairy semen have dropped to the lowest point in 17 years, according to the National Association of Animal Breeders (NAAB). Sales in 2021 dropped by 6.7 percent, with no forecasted end in sight as inflation continues to hit American dairies hard.

During the early days of the pandemic, dairy farmers were forced to dump milk. In the spring of 2020, Dairy Farmers of America estimated that as many as 3.7 million gallons of milk were tossed each day. With restaurants and schools closed, demand for dairy declined, so breeders cut back, or decided to raise beef instead.

Farmers have access to sexed semen, meaning they can choose the sex of their calves. Depending on whether they are trying to raise cows for dairy or beef, breeders use sexed semen to ensure either a heifer or a bull calf. Sexed semen is injected with a fluorescent dye that binds to DNA, allowing X-chromosome and Y-chromosome bearing sperm to be sorted from each other. Because sex-sorted semen has a lower sperm count than conventional semen, the pregnancy success rate is a bit lower, about 80 percent of a conventional breeding. But the odds of getting the heifer or bull that you want are high, at roughly 90 percent. For farmers and ranchers with tight profit margins, that certainty can be a big help.

[RELATED: Inside the Milk Machine: How Modern Dairy Works]

A recent USDA dairy forecast, however, shows demand for dairy products including butter, cheese and fluid milk are on the rise again as restaurants and retail in many areas of the country have reopened. The agency’s latest report predicts the cost of cheese and milk will continue to fluctuate due to labor shortages. The cost of butter is also set to rise across the country as the supply of cream tightens, in part because ice cream production is ramping up with warmer weather approaching.

If dairy herds are shrinking and beef cattle are more popular among farmers, what does that mean for the industry? It could lower milk production totals, which in turn could raise dairy prices even higher. We may see a small market correction, but conventional dairy cows are generally more expensive to raise than beef, so we may not see it swing all the way back. Along with prices in wheat rising, that could present new challenges to the global food supply.

Related
Future of Food, Plants
Scientists Grow Plants in Moon Soil for the First TimeShea Swenson
Dairy, Environment, Technology
Can Biodigesters Save America’s Small Dairy Farms?Anne N. Connor
Politics
President Biden Calls on Farmers to Double Crop in Face of Food...Emily Baron Cadloff
Health, Labor, Politics
The Meatpacking Industry Drafted Trump’s 2020 Order to Keep Plants Open At...Madison McVan
wpDiscuz
We use cookies on our website to give you the most relevant experience by remembering your preferences and repeat visits. By clicking “Accept”, you consent to the use of ALL the cookies.
Cookie settings ACCEPT
Privacy & Cookies Policy