The Issue of ‘White Striping’ in Store-Bought Chicken

A new report claims that the vast majority of supermarket chicken is affected by this muscle disease. 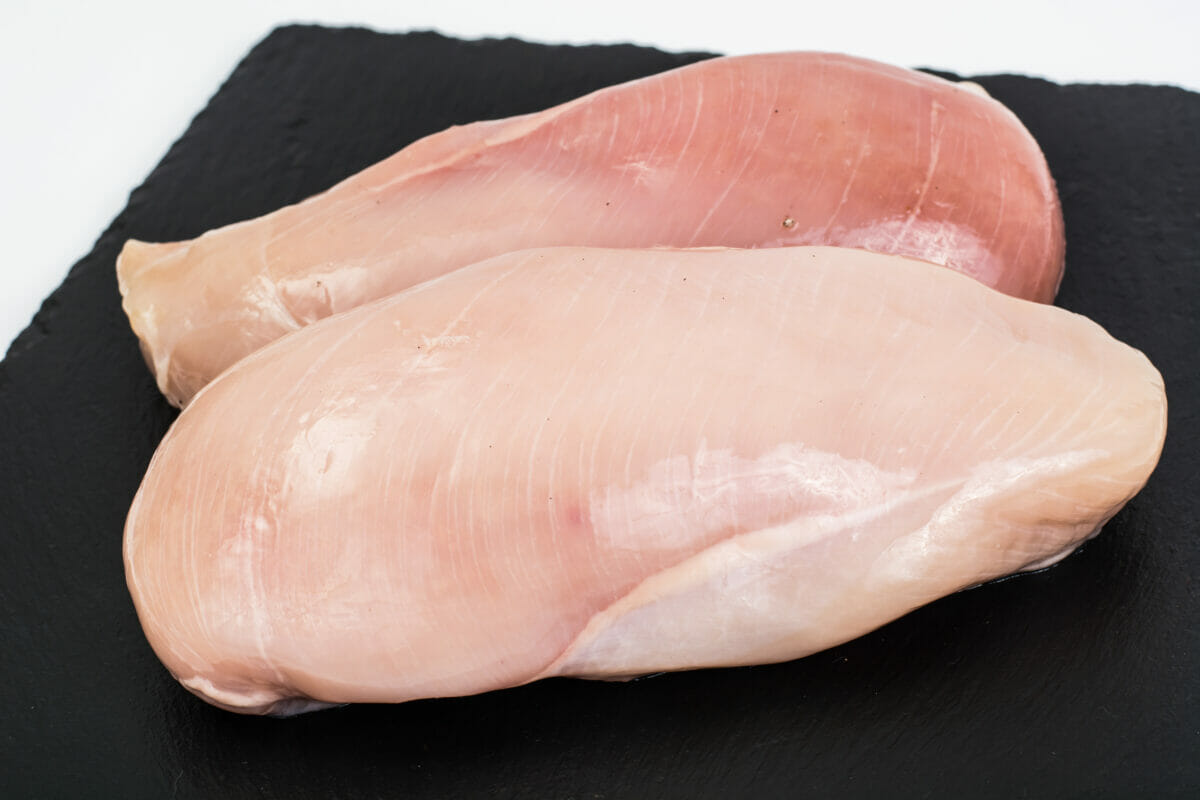 The Humane League describes white striping as a muscle disease that causes white stripes to form in the muscular tissue of some chickens, and it occurs when a fast-growing muscle fiber exceeds its blood supply. A 2012 study suggested that white striping is a byproduct of breeding chickens specifically for weight and speed of growth. Another study, from 2016, connected white striping with another unwanted meat quality, a texture described as “woody.” Some other studies have indicated a correlation between body weight and growth weight; white striping appears to more often affect birds that are larger and have grown faster.

The poultry industry denies that white striping is a problem, stating in various interviews that white striping is an indicator of healthy birds, well-fed birds and can be a desired thing, somewhat like fat marbling in some cuts of beef. But the Humane League instead suggests that the stripes are indicators of a chicken that has grown too fast, unhealthy both for the chicken itself and for the eventual consumer. White striping is primarily found in breast meat, which is prized in North America for its low fat content. While adding more fat to chicken breast might make it taste better, the Humane League argues that it also makes a cut of meat considered “healthy” less so.

Studies have not indicated, as of yet, that white striping poses a health threat. But it does seem to be a deterrent to shoppers, who may avoid the most obviously striped chicken. It also may affect some cooking attributes, including a chicken’s ability to absorb a marinade; white-striped chicken seems to have issues holding liquid, which could make for a more dry meal.

Been aware of this condition for a while. I buy a lot less chicken breast lately and look for packages with smaller breast sections if I do buy it. They cook terribly. They don’t pound out normal when you try to flatten them. A STRANGE eating experience overall. 1.99/pound for any meat unfortunately is too good to be true. Taking in a bit more fish and chickpeas in my meals lately

I’ve cut back on chicken and other meats except for what friends raise due to matters such as this.

Related
Animals
Wilbur-Cruce Horses: The Biggest Secret in RanchingJudith Matloff
Cookbooks, Recipes
5 New Cookbooks We’re Finding Comfort In Right NowShelby Vittek
Is a Potato Shortage Affecting French Fries From Japan to Kenya?Dan Nosowitz
Animals, Meat
US to Export Pork to India For the First TimeEmily Baron Cadloff
wpDiscuz
We use cookies on our website to give you the most relevant experience by remembering your preferences and repeat visits. By clicking “Accept”, you consent to the use of ALL the cookies.
Cookie settings ACCEPT
Privacy & Cookies Policy