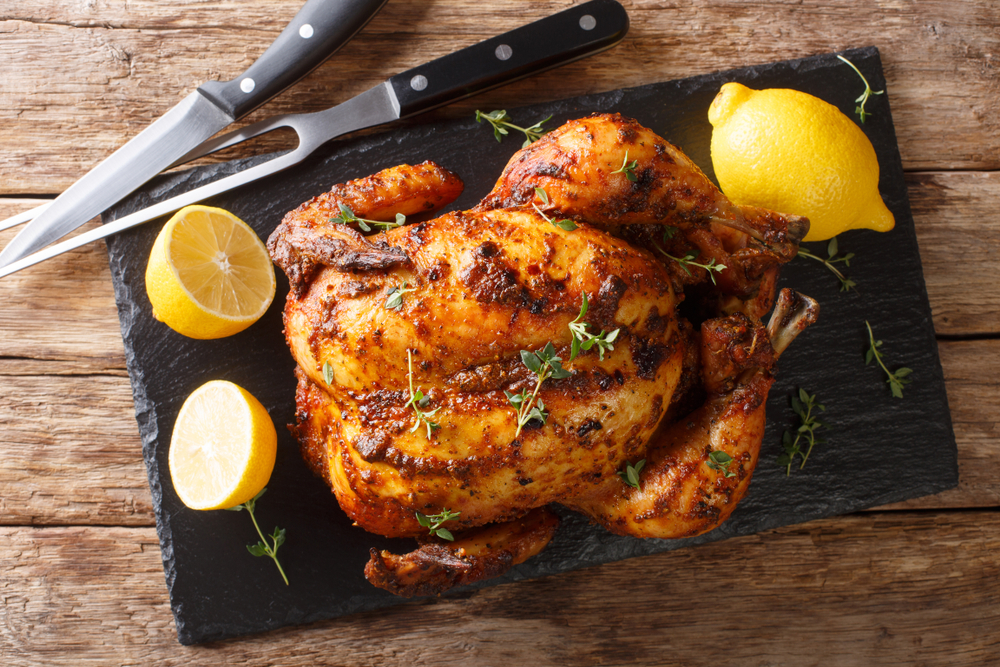 A new study authored by Elisa Becker at the University of Exeter may have found a tool to get people to eat less meat.

Becker’s work focuses on the concept of “meat disgust,” a negative and repulsed reaction to meat. You might expect that kind of reaction from those who have chosen not to eat meat, but a new study, published in the journal Appetite finds that those who eat meat experience this, too.

Becker told BBC Radio Devon that while, “on average, the omnivores liked the meat images a lot,” around 7 percent of those omnivores reported a fairly strong disgust response—not a huge number, but much more than you’d expect, given that those respondents do eat meat. In an interview with Modern Farmer, she said that she had asked about hunger levels, too, and that there was no correlation between hunger and disgust levels, meaning that particularly peckish respondents maintained their feeling about the disgusting level of these foods.

The study used two methods to figure out levels of meat disgust in 711 people, chosen from around the Exeter area. The first was simple: Subjects were shown pictures of various foods, including rice, bread and meat items, such as a roast chicken and bacon, and asked to rate how “disgusting” and “delicious” those foods are to the subjects. Then the subjects were given what’s known as an implicit association test, or IAT.

The IAT is a social psychology tool used to measure subconscious biases; it’s most often used to study racism. It relies on word association, measuring the speed with which subjects classify various attitudes (good, bad, disgusting) with concepts or groups such as racial minorities or, in this case, meat. The IAT has engendered a fair amount of controversy, although the IAT is so varied that individual criticisms of certain tests or conclusions about results have been inflated to account for the entire concept, often for political reasons.

The IAT was used to prevent—or try to account for—the possibility that people were not entirely honest about their feelings about meat, out of a desire to be seen a certain way. “Food is always a quite emotive topic, so I was worried about that. The results from that [IAT] completely confirmed the explicit measure, the rating of the images,” says Becker.

The study also included a survey over the following six months, to see whether the test results had any predictive effect. They found that those classified as “flexitarians,” meaning those trying to reduce their meat intake, were more likely to succeed in that quest if they demonstrated a disgust response in the initial tests. This could, theoretically, be used in a tool to help people stop eating meat—play up their disgust for it, rather than rely on self-control. Becker used a standard self-control measure, the Brief Self-Control Scale, and found that self-control had little impact on whether those trying to reduce their meat intake actually succeeded. Their levels of disgust, though, were strongly correlated with success.

There are, of course, angles to the study that could impact the results. The tests were exclusively English people from the southwest of the country who had volunteered with the National Health Service to take part in studies like this, and 711 is not a particularly large sample size. While Becker says the study tried to hide its intentions by asking other questions (such as how much did they like roast chicken or bacon), the study does still force people to think about typical English food in language (“disgusting”) that they may not usually use, which could bias the results.

And those semantics could have thrown off the study in more ways than one might expect. For Becker, and in the scientific literature, “disgust” is a specific term with specific meanings. But the respondents weren’t asked what they interpreted the word to mean; they could have interpreted it as simply not enjoying the flavor, for example. “Disgust and distaste are two concepts that lay people use interchangeably,” says Becker. The study did require a fairly high bar for “meat disgust” to avoid an issue of, say, someone being disgusted by specifically bacon but not all meat, but there are levels to “disgust” into which this particular study didn’t dive.

“What this doesn’t tell us is what type of disgust,” says Becker. “There is core disgust, moral disgust and animal reminder disgust, and it would be really interesting to know which of these types of disgust meat disgust actually elicits.” Becker is already working on followup studies that dive into that; more elaborate studies could include physiological measures (heart rate, facial muscle movement, perspiration) to provide data that isn’t self-provided.

The study has led to some ire from some ranchers and some on the right wing, who see it as a form of manipulation in service of vegetarianism, which they see as a political position. Becker, though, notes that if these findings are used as a tool in future studies, they’ll only be used for people who actually want to reduce their meat intake.