Doctors in India Warn Cow Dung Will Not Prevent COVID-19

Bovine byproducts have a contentious medical history in the country. 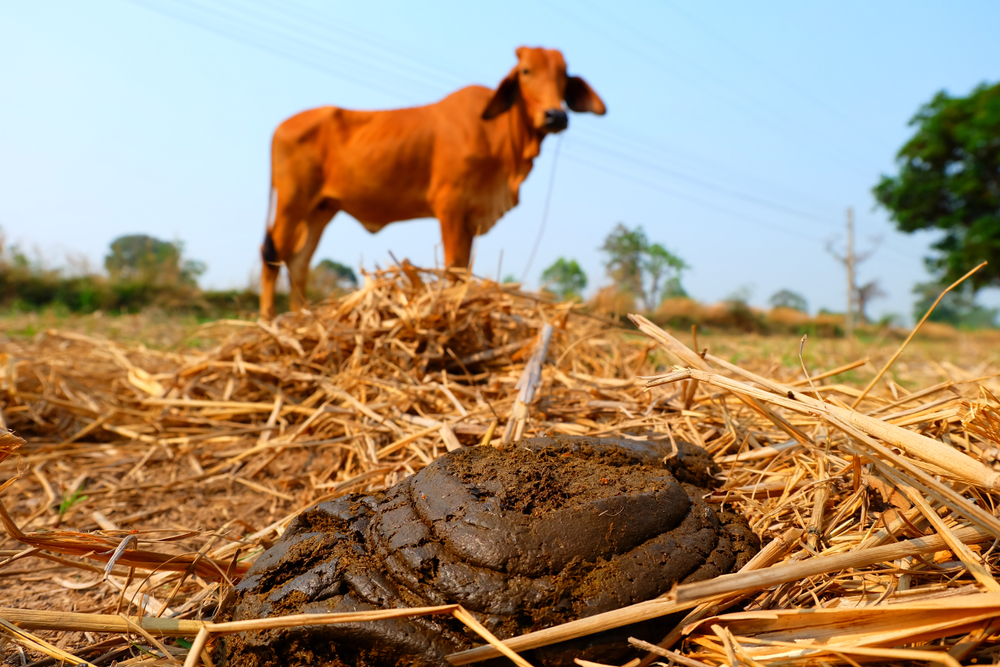 A bit of cow poop a day doesn't keep the COVID away.
Photography by MR.PRAWET THADTHIAM/Shutterstock
Share
Tweet
Pin
Email

In the early days of COVID-19, when the ways it spread were not well understood and vaccines seemed very far away, ineffective theoretical cures took hold.

Then-President Donald Trump touted an antimalarial medication, hydroxychloroquine, as a potential treatment, which resulted in several deaths before its ineffectiveness against COVID-19 was proven. In India, reports Reuters, there’s a different treatment that doctors are warning should not be taken—or, in this case, applied.

Reuters reports that in Gujarat, in western India, many have taken to a cow dung treatment, which they believe will enhance their immune systems to ward off the virus. The treatment involves covering the body in cow dung and cow urine, allowing the mixture to dry, and then washing it off with milk or buttermilk.

Doctors in India have attempted to warn the public that there is no evidence whatsoever to indicate that this dung treatment has any preventative effects against COVID-19 and that, in fact, there are several potential dangers in the practice. The dung could harbor pathogens that could be passed to humans; in addition, to get the treatment, people have to gather in large numbers, which could lead to more spreading of the virus.

India is, as the New York Times puts it, engulfed in desperation in response to COVID-19, thanks to a lack of medical resources and a new strain of the virus. The country has struggled to provide vaccines at a fast enough rate, which is not unusual for many countries, and also lacks enough medical oxygen to treat those with particularly severe cases. Infection rates in the largest cities are down, but those rates have spiked in rural areas and particularly in the south of the country.

Cow dung, and bovine treatments in general, are a delicate topic in India. Promotion of cows has been used in the past by the right-wing government of Narendra Modi as a tool for Hindu nationalism. Products without scientific proof, ranging from anti-radiation cow dung chips to anti-cancer cow urine drugs, have enraged scientists, but they are effective at gaining political support from Modi’s base.