Why Is India’s Government Pushing a Nationwide Cow Exam?

It’s all about bovine politics. 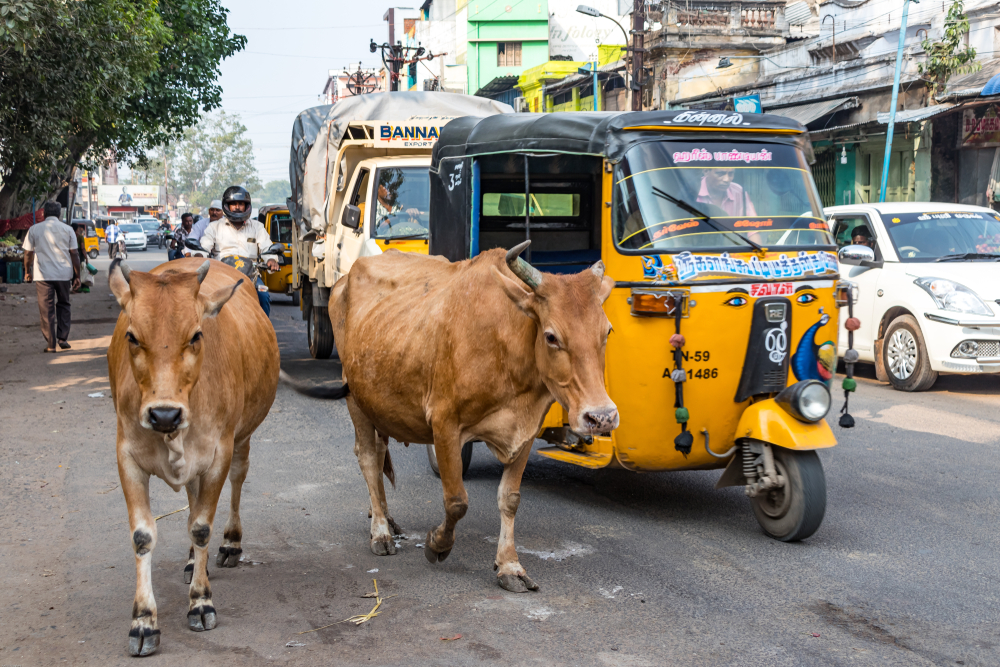 Last month, the Indian government raised eyebrows when it released the syllabus for a new nationwide test about cows.

That test, to be held on February 25, will be conducted online, and it will be for primary students, secondary students and post-school adults. In early January, the governmental agency Rashtriya Kamdhenu Aayog (RKA) uploaded a mass of information on which the test will rely. That information proved so bizarre that the RKA removed chunks of it later. The whole thing has become a reasonable-sized scandal.

The RKA was established by Indian Prime Minister Narenda Modi’s government in 2012, and it has the stated goal to “organize animal husbandry on modern and scientific lines and to take steps for preserving and improving breeds, and prohibiting the slaughter, of cows and calves and other milch and draught cattle.” It is essentially a pro-cow government agency.

The test itself is, according to the government, designed to raise awareness and appreciation of cows through a scientific approach. But the information released by the RKA, making up the material for the test, included a significant amount of questionable, outright false and unproven statements. Shamani Joshi at Vice noted several of those, including:  an insistence that foreign Jersey cows were “lazy” compared to Indian cow breeds; that slaughtering cows can cause earthquakes due to pain waves affecting geology; that Indian cow breeds are yellowish because they contain literal gold; and that cow urine can be used to heal afflictions including respiratory disease and inflammation.

Although the exam’s material was removed and then reuploaded, the test is still scheduled, and the RKA, according to The Print, referred to the controversial section as a “technical glitch.”

This entire debate, though, is not something silly or frivolous. The cow, considered sacred by many Hindus, has become a sort of right-wing symbol for the right-wing Modi government. Despite the fact that India is a multicultural country with many, both Hindu and not, who eat beef, the Modi government has systematically made pro-cow imagery and action a part of its platform. Right-wing Hindu vigilantes have embarked on pro-cow attacks, generally against Indian Muslims, dozens of whom have died.

Millions of dollars have been funneled into cow protection agencies like the RKA and bans on cow slaughter, even for cattle past milk-producing age. Those cows have previously been a significant economic resource in India for meat and hide, and in many states, the entire practice is banned.

The pro-cow platform is thus a useful way for Modi’s party, the Bharatiya Janata Party, to advance its Hindu nationalist views—at the expense of non-Hindus.

Indians have a special equation with cows and dung ! Hindoos eat Cow Dung,Cock Dung, Bird Dung . Goat Dung ,Cow Piss and Goat Piss and Elephant Piss ! dindooohindoo Elephant Urine Elephant urine “gajamutra” is used as an alkaline decoction preparation for a supposed cure to malignant sores. [ Ci.9.16 ] [ Ray 131 ] Goat Dung and Urine Goat droppings “ajashakrt” are prescribed as an accessory to surgical cauterization and is used for cauterizing diseased skin. In powdered form after drying and compounding with honey and cow’s urine it is used as a linctus for jaundice. [ Su… Read more »

Not only is the Cow sacred – but so is its dung and urine – as per Hindoo scriptures ! Hindoos drink Cow Piss and eat Cow Dung – as per the Vedas and the Mahabharata This is the Mahabharata. It captures the genius of the Indian.dindooohindoo SECTION III (Paushya Parva) And that man addressed Utanka and said, ‘Eat thou of the dung of this bull.’ Utanka, however, was unwilling to comply. The man said again, ‘O Utanka, eat of it without scrutiny. Thy master ate of it before.’ And Utanka signified his assent and ate of the dung and… Read more »

Related
Environment
Maryland Attorney General Sues Monsanto for Environmental DamagesDan Nosowitz
Food & Drink
Global Shortage Causes Québec to Releases Half of Its Strategic Maple Syrup...Dan Nosowitz
Environment, Politics
EPA Erases Trump-Era ‘Waters of the United States’ RuleDan Nosowitz
Animals
Consider the Lobster’s FeelingsLindsay Campbell
wpDiscuz
We use cookies on our website to give you the most relevant experience by remembering your preferences and repeat visits. By clicking “Accept”, you consent to the use of ALL the cookies.
Cookie settings ACCEPT
Privacy & Cookies Policy