How Much Did Meatpacking Plants Spread COVID-19? 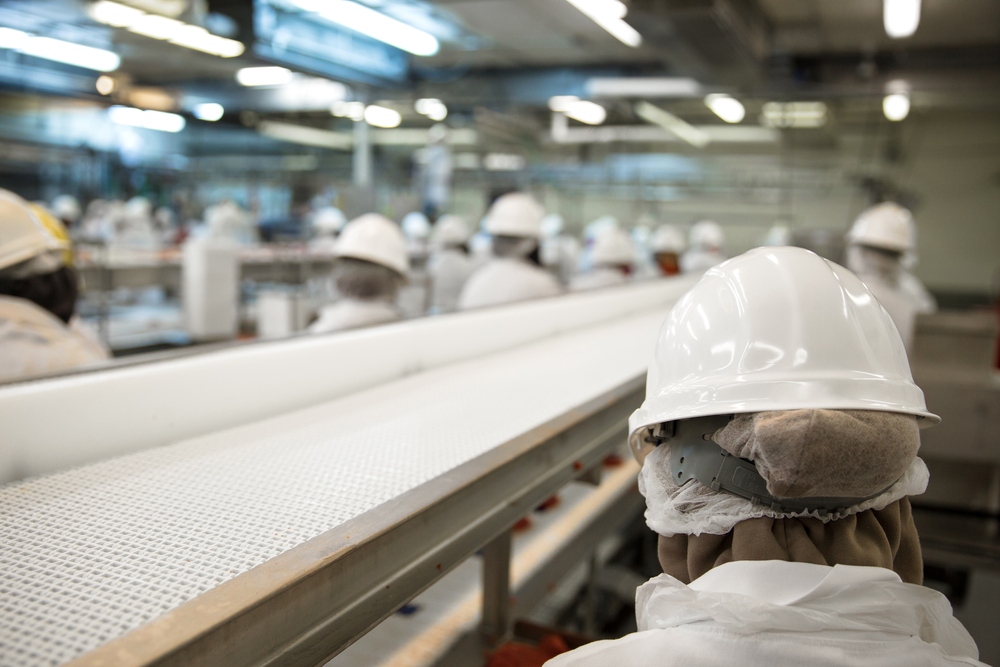 During the early days of the COVID-19 crisis, it was major cities that felt the brunt of the virus, most notably New York City.

But as the virus spread, it became clear that, in rural or less populated areas, there were other factors that tended to cause hot spots. One of those was the presence of a meatpacking plant. But exactly what the effects of those plants were, as with much of the data during the pandemic, is not really known. A new study, led by Tina Saitone at the University of California, Davis, tries to find out exactly how much the presence of a meatpacking plant accelerated COVID-19 spread. It found that counties with large meatpacking plants saw dramatic increases in cases early in the pandemic.

Meatpacking plants fairly quickly became an obvious hub for the spread of COVID-19. For one thing, they’re just horribly designed to coexist with a contagious virus: Workers are within very close range of one another, must be present physically and often live in company-provided housing. That was exacerbated when then-President Trump signed an executive order keeping meatpacking plants open even after several outbreaks were reported, plus possible violations on the part of the plant operators themselves.

This new study tries to find out what the effect was, on a county-by-county basis, of a meatpacking plant on the spread of COVID-19. It found that the presence of a large (capacity of 10 million or more pounds per month) meatpacking plant dramatically increases the amount of positive test cases in a given county in the 60 days following the first reporting of COVID-19 in that county.

Large pork processing facilities increased per capita infection rates by 160 percent; beef plants by 110 percent. (Chicken processing plants, possibly due to higher levels of automation, only caused a 20-percent bump in COVID-19 rates in their home counties.) In total, the researchers can attribute 334,000 positive COVID-19 cases directly to meatpacking plants: either plant workers themselves or community spread that would not have occurred without the presence of the plants. That’s only about one percent of the entire US case count, but considering how specific this is—only plants of a certain size and only infections within the generally less-populated counties in which they’re located—it’s pretty remarkable.

The researchers note that even this gigantic number is likely very conservative. Their work restricts case counts to within the same county as the plant, but neither humans nor the virus pay much attention to county borders. A plant worker who infects an out-of-town relative, who then goes home and infects family or even an entire community, would not be included beyond anyone who lives within the plant county. It also doesn’t include workers who live in a county different from the one in which the plant is located or infections caused by plant employees who travel outside the plant’s county to shop or socialize, bringing the virus with them. It seems likely that the actual number of cases attributable to meatpacking plants is far higher than even that 334,000 mark, although the country’s persistent lack of contact tracing means that number will likely never be known.

The study also includes some economic estimates. It places the economic costs to the rural economy at $11.6 billion, just from deaths and healthcare costs traceable back to meatpacking plants.

As with the effects of COVID-19 on many other systemic issues and industry patterns in the United States—racism, healthcare, public health outreach, social services—these numbers should serve as notice that the meatpacking industry struggles, as it currently operates, to handle crises. The authors of the paper, diplomatically, write: “The increased COVID-19 transmission rates— coupled with longstanding concerns over the horizontally concentrated and vertically integrated structure of the industry— have prompted critics to question the fundamental resiliency of the industrial meatpacking system.”

Popular
7 Smokable Plants You Can Grow That Aren’t MarijuanaBrian Barth
New Solar Panels Allow Farmers to See the LightNaoki Nitta
6 Differences Between Llamas and AlpacasAndrew Amelinckx
Goat Sex: Everything You Wanted to Know But Were Afraid to AskAndrew Amelinckx
The Cold Swim HomeMarcie Callewaert
Explore Modern Farmer
Related
Environment, Labor, Water
California Farms and Farmworkers Attempt to Recover From Record FloodsNaoki Nitta
Aquaculture, Technology
Can Interactive Mapping Tools Guide Shellfish Restoration?Bridget Shirvell
Food Security, Labor, news
A New Egg Co-operative Has Hatched in the Western U.S.Lindsay Campbell
Animals, Health, news, Technology
First Vaccine for Honey Bees Approved by USDAEmily Baron Cadloff
wpDiscuz
We use cookies on our website to give you the most relevant experience by remembering your preferences and repeat visits. By clicking “Accept”, you consent to the use of ALL the cookies.
Cookie settings ACCEPT
Privacy & Cookies Policy