Tariffs, unnecessary requirements and a lot of lost sales have been the result. 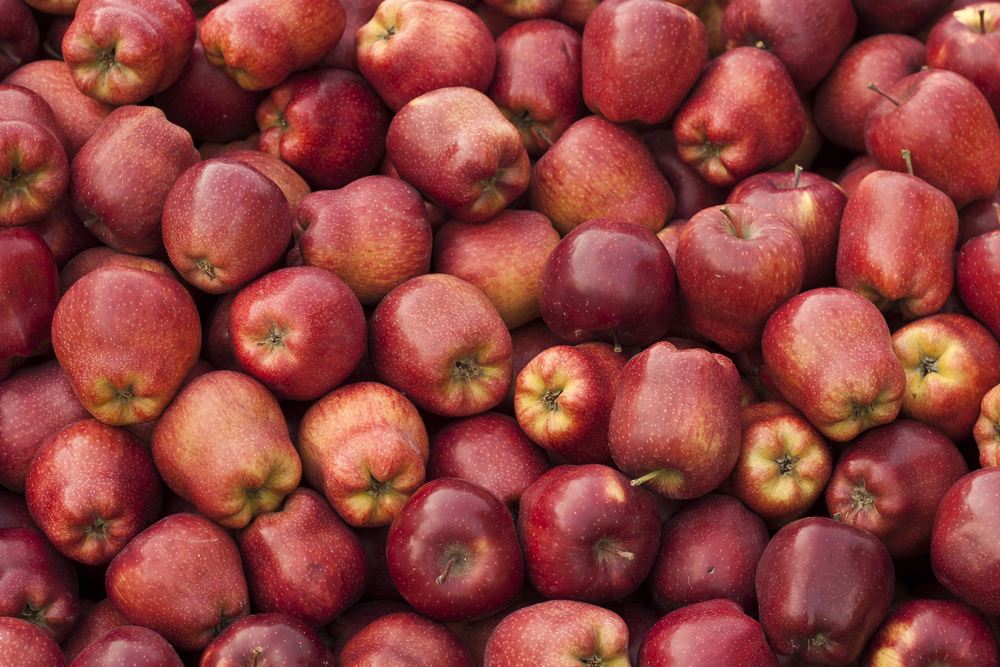 In 2018, India was the second-largest purchaser of American apples, most commonly the Red Delicious variety.

But that has all collapsed since insanely high tariffs coupled with a law that punishes American growers for a strange, meaningless loophole have created a disastrous market centered in the Pacific Northwest. Apple producers are hoping the Biden administration will figure out a solution to the situation, as, before this whole mess started, India was purchasing more than $150 million worth of American apples each year. The majority of these apples came from Washington state, which is also the country’s largest producer of apples by a considerable margin.

In March of 2019, the Trump administration ended India’s status as a beneficiary of the American system known as Generalized System of Preferences. The GSP labels certain countries as developing, and, in order to theoretically help them develop (and, in reality, to access cheap goods and new markets), GSP countries have trade benefits such as duty-free exports to the United States. The Trump administration claimed this was due to India’s “trade barriers that create serious negative effects on United States commerce.” The action seems to have been in retaliation to India not providing, in the Trump administration’s view, enough access for American business in India.

In response, the Indian government instituted extremely severe tariffs on 28 American goods, including almonds, walnuts and apples. The tariff on apples was a whopping 70 percent, making it very difficult for American apple growers to make a profit with what had previously been their second-largest export partner.

In August 2020, the Indian government announced a further restriction on American goods, including apples: Many types of produce would be required to come with a government certificate proving that the produce is not genetically modified. The law, which was originally supposed to come into effect in December but which was postponed until March 1, created a headache of paperwork for some crops, but for apples, things were a little bit different.

The chief problem with requiring a non-GMO certificate for American apples is that, well, there are no existing non-GMO certificates for American apples. This is primarily because there aren’t actually many GMO apples in the United States. The first GMO apples in the US only went on sale in 2017, and they are not exported by the US to India at all. India, in fact, has never imported GMO American apples, which is a fact known by all parties. What India did was require a label that doesn’t exist to certify something everyone knows is already a fact. It’s like requiring a sandwich to have a label reading “NOT A SHOE” before you buy it. You know it’s not a shoe. The store knows it’s not a shoe. In fact, there isn’t even a “NOT A SHOE” label, because everyone knows that a sandwich isn’t a shoe. But if you require that your sandwich carry that label, well, you can simply never buy that sandwich.

In response, reports Capital Press, the Washington State Department of Agriculture worked quickly to create a non-GMO label for apples everyone knows aren’t genetically modified, in order for Washington growers to sell their apples with a gigantic 70-percent tariff to India. It is not a situation that Washington apple producers are particularly happy about, and Capital Press says that growers are hoping that the new Biden administration will work with the Indian government to come up with some solution that benefits both sides. That would likely require substantial reworking of the current trade deals, but it’s probably better than a harmful trade war.