Which Are Better Problem Solvers: Sheep or Goats?

Today in “answers to questions you’d never think to ask.” 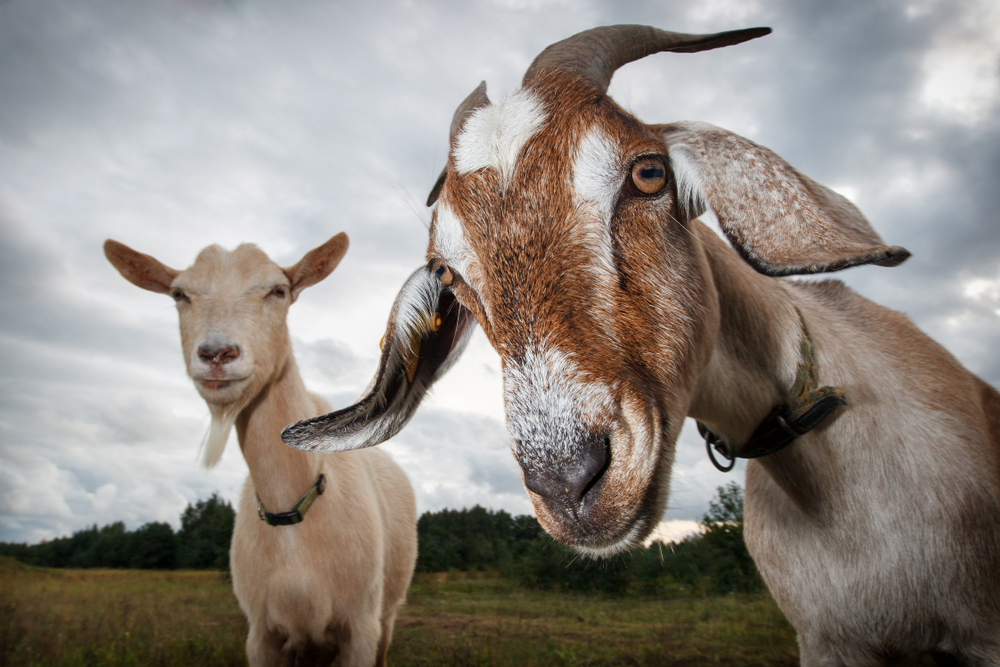 Sheep and goats are closely related, both having been domesticated and used by humans for fiber, meat and milk for millennia.

But they aren’t similar in all ways. One possible difference, newly discovered thanks to some researchers in Switzerland, might be in their problem-solving abilities. That’s right: A bunch of scientists made goats and sheep face off in a puzzle to see which was better at it.

Both domesticated sheep and goats are extremely old; goats are likely to be some of the earliest domesticated mammals. But they’re descended from different ancestors, and even though there are dozens of breeds of each, there are some generalizations you can make about their behavior.

Aside from their physical differences, which don’t really come into play when talking about problem-solving, sheep and goats have divergent instincts. Sheep are intensely flock-oriented, while goats are noted for their curiosity and adventurousness. To dip slightly more into the observed behavior, sheep are grazers, eating short and tender greens such as grass. Goats, on the other hand, are browsers. They’ll nibble on just about anything to test it for tastiness, and search for their favorite treats, such as the buds on the tips of tree branches. A goat’s reputation for eating anything from garbage to tin cans isn’t quite accurate: A goat will taste that stuff, but it’s part of a search for more preferred foods. (They do, however, seem to like poison ivy and kudzu, making them a convenient landscaping animal.)

The researchers involved in this study, from Martin Luther University Halle-Wittenberg (MLU) and the Leibniz Institute for Farm Animal Biology (FBN), think that difference in food-seeking behavior may inform their results. They set up a simple test in which food was presented at one end of a pen, opposite the sheep or goat. In between the animal and the food was a fence, so the subject couldn’t simply walk straight. But in that fence was a gap, which the researchers moved around in between attempts.

So, which animal solved this puzzle fastest? When the gap in the fence was moved, both animals struggled to figure out how to get to the food at first—but the goats solved it by their second attempt. It took the sheep four tries to figure out that gap. The researchers think the goat’s natural foraging habits may condition it to be more able and willing to experiment to find food.