New Immigration Bill Would Give Undocumented Farmworkers Path to Citizenship 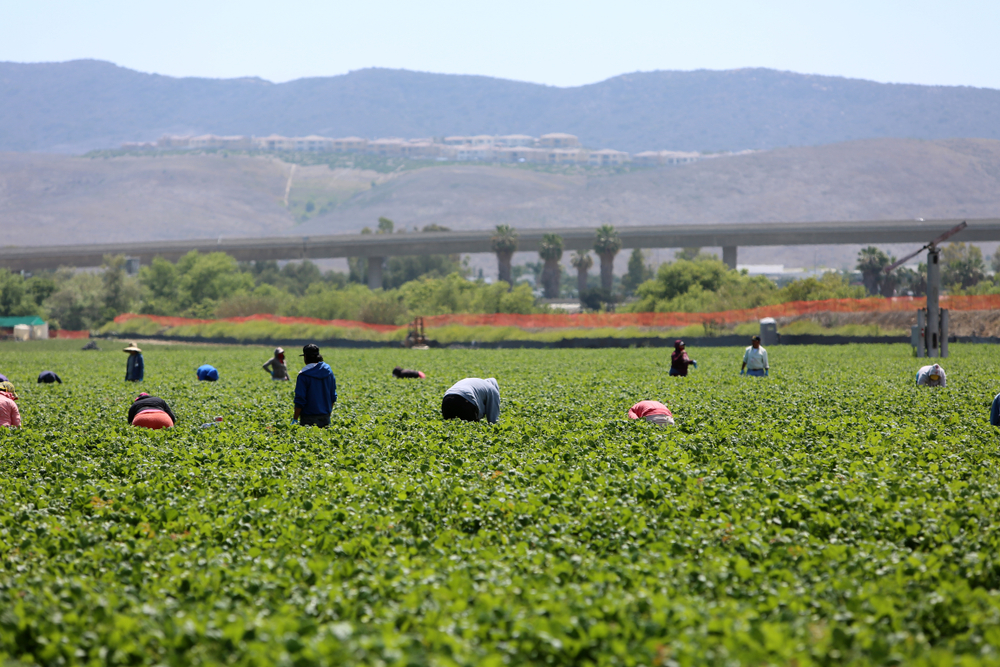 President Joe Biden announced, on his first day in office, his intention to revamp the US’s immigration policy.

The first version of a massive omnibus bill, called the US Citizenship Act of 2021, was officially introduced into Congress this week by Senator Bob Menendez of New Jersey and Representative Linda Sánchez of California. Given that somewhere over a million (getting specific numbers is tricky) of America’s farmworkers are undocumented, this is also a major issue for agriculture. So, what’s in the bill?

“Congress should pass this bill immediately,” said Bruce Goldstein, president of the advocacy group Farmworker Justice, in a press release. Farmworker Justice notes that the proposed bill includes many elements of the Fairness for Farm Workers Act of 2019, which was an attempt to fix some of the labor laws related to farmworkers. One major inclusion: Farm employers would be forced to pay overtime wages to farmworkers, a longstanding exclusion from an important labor protection. With the new pathway to citizenship that this bill proposes, undocumented farmworkers could gain legal status that would remove the fear of deportation that often inhibits them from enforcing labor rights.

Undocumented farmworkers have some specific regulations in the proposed bill; many are not permanently in the United States, so farmworkers instead have rules incorporating hours worked in the country. If undocumented farmworkers can prove that, in the past five years, they have worked for 2,300 hours or 400 days of agricultural work, they’d be eligible to apply for a green card immediately. The bill also makes it easier for the partners and families of undocumented workers to gain citizenship.

A major refocus of the immigration system comes with a vastly decreased emphasis on border patrols and security; instead, funding is specifically focused at easing the often-dangerous transition from undocumented to legal resident, by cracking down on coyotes and other human smugglers.

Republican lawmakers have signaled that they will not support the bill in its current form, suggesting that it encourages illegal immigration (it does not; it simply makes legal immigration easier, including for those who already live in the country) and that it will take jobs away from Americans (also untrue, at least for agriculture, where there has been an acute labor shortage for years, despite regulations that reward farmers for hiring American citizens).

The Democrats have a majority in the House and a 50-50 tie in the Senate, along with a Democratic vice president, who breaks Senate ties. But Republicans may threaten a filibuster, which would require 60 votes to overcome, and it’s not likely that ten Republicans will vote in favor of the bill as written. More likely, it’ll be rewritten and broken up into component parts in order to pass.

Your article makes no mention of the e-verify provisions in this bill. How do you think e-verify will affect small to medium family-scale farms that hire workers but do not have a lawyer handy?

Related
Animals
Mormon Crickets Swarm Oregon FarmsShea Swenson
Environment, Fish, Water
The Oyster Farmers Working to Address Aquaculture’s Big Plastics ProblemBridget Shirvell
Animals
Honeybees Are Feeling the HeatAshli Blow
Environment, Water
Facing Another Drought, California Proposes Buying Out Farmers’ Water RightsShea Swenson
wpDiscuz
We use cookies on our website to give you the most relevant experience by remembering your preferences and repeat visits. By clicking “Accept”, you consent to the use of ALL the cookies.
Cookie settings ACCEPT
Privacy & Cookies Policy