It’s roughly ten times larger than most of the bigger facilities in the US. 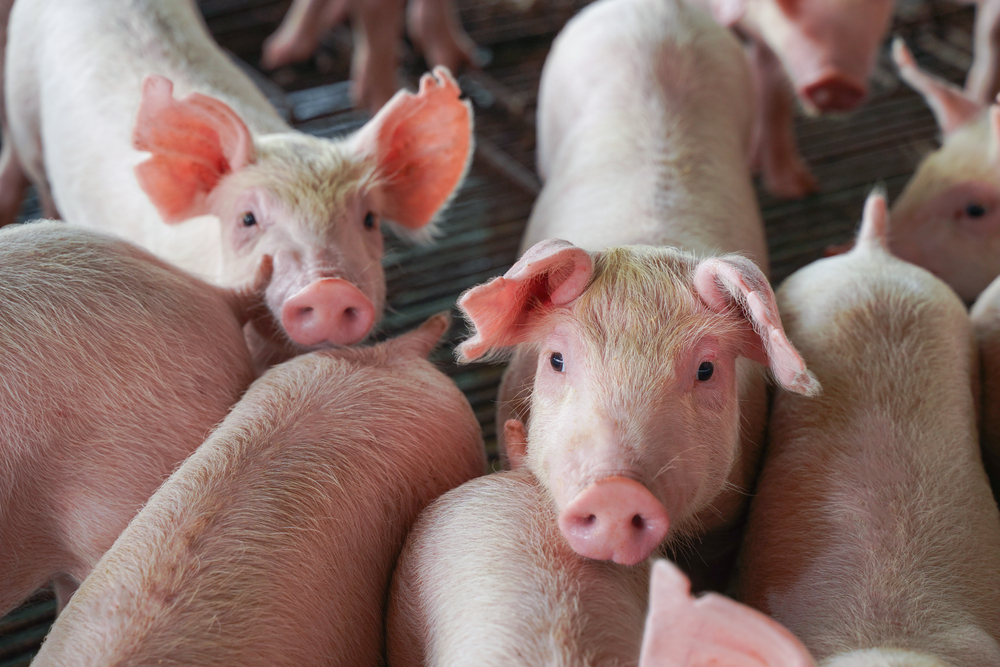 China produces more pork than any other country in the world.

That doesn’t necessarily mean that every hog farm in China is huge, but some of them certainly are. According to a report from Reuters, Muyuan Foods, a Chinese pork concern, has started operations at a new hog farm that blows others out of the water in terms of size: it will eventually produce 2.1 million hogs per year.

Muyuan Foods was only founded in 2000, but pork prices have shot through the roof in China, making hog farming increasingly profitable. Outbreaks of African Swine Flu in 2018 and 2019 sliced the industry by as much as 50 percent, driving up prices. And there’s also been a dramatic shift away from small family farms and into gigantic mechanized operations; PigProgress quotes a figure that in 2003, about 70 percent of Chinese hogs came from small farms of under 50 animals. That figure has totally swapped, and predictions indicate that only 3 percent of hogs in 2022 will come from those small farms.

At volume, it’s possible to create even more profit, and this Muyuan Foods farm takes that to an extreme. The facility, according to Reuters, only began construction this past March, and it’s already operating. The new facility will reportedly eventually house 84,000 sows and piglets at a time, for a total production of 2.1 million hogs per year. The average hog farm in Iowa, just for example, is just over 4,500 head in size.

This particular operation is located near Nanyang, in the southwestern province of Henan. The founder calls it an “experimental” farm; it was extremely expensive to build, banks on prices for pork remaining high, and is at extreme risk of an African Swine Flu outbreak, being an indoor and very dense facility.

To prevent an outbreak, the facility has instituted thermal imaging cameras to measure hog temperature, filters all the air, and sterilizes all the feed before it enters. Reuters was not even allowed inside, apparently due to biosecurity reasons.

Huge factory farms like these are protected a little bit from price fluctuations, in that their cost per hog is so low that they can withstand some reduction in prices. But Muyuan is rapidly expanding, and if prices dip too low, none of this will be profitable—and will remain expensive.

In the United States, there have been increasing calls to ban this sort of gigantic animal operation for human health and environmental reasons. Prominent legislators have even penned bills aimed at reducing the size and scope of large operations.

These giant corporations in the United States and abroad are making a mockery of farming. These are not the values my family and I hold dear. I am ready to transition to plant farming. We can’t forget that each of those 2.1 million hogs are not able to exhibit their natural behaviors. This is not what God intended.

This is where our next virus starts

Yes there have been calls in the U.S. to limit this kind of farming.

In truth there is a wiespread war against agriculture in general in the U.S.

Goes along with the agenda to destroy the U.S. economy.

Would be interested in knowing how much of this Chinese pork makes it’s way to the U.S.

Sites in the US are designed to be smaller sites spread out over a larger area. If a smaller site gets a disease, it can be isolated from the rest and keep the death count low. Also, it is easier to disinfect an entire site. Once a large site like this has a disease take hold…good luck getting rid of it without being able to empty your whole site!

This is BS!! Seaboard Farms in Guymon Ok. Produces its own 4 million hogs/yr.
Started late ’95 daily production was 16,000/Day

Nice unn , thinking of pork produce of it … Would the genetic feed source , of 2020 . I ve seen with.musclur disposition lenght short snouts . Produce been blessed to have restraunt ideas

Mr. Nosowitz, I read your “article” TWICE, to make sure, I was not reading a second grade report on a newspaper story. Sir, with a topic as touchy as swine, with such potentially “gigantic” numbers, “flu outbreaks,” and “calls to ban,” your STORY HAS NO FACTS.
It is not only poor journalism, it is yellow journalism. Readers beware, if you read this made sure you are not ‘NUTS.’
Question, first how a story is written before applying it as knowledge.