A report finds that the FSIS is scarily lax about COVID-19 protocols for inspectors. 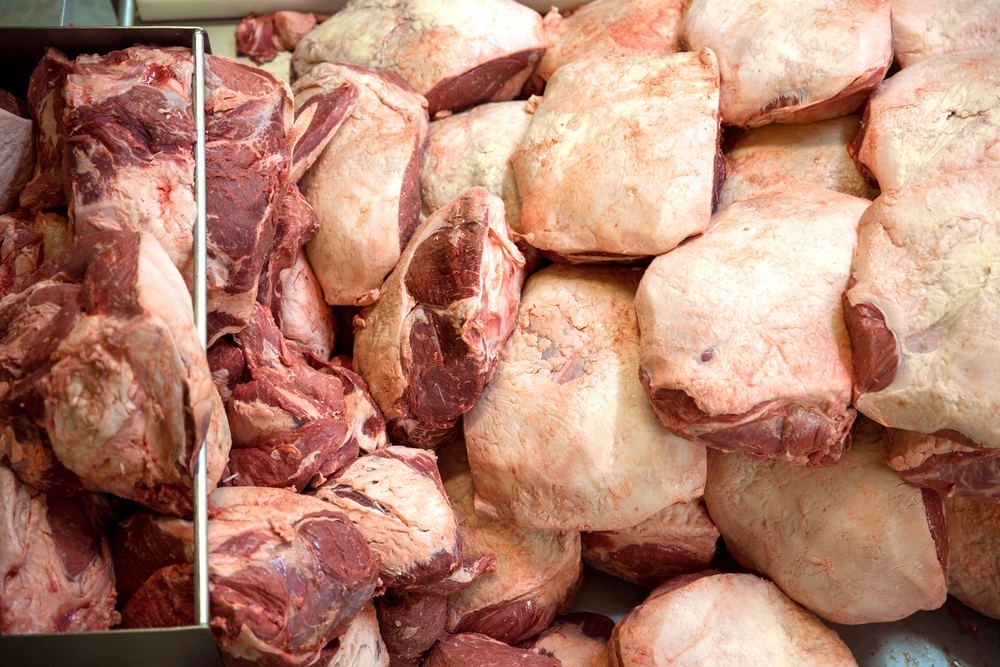 Conditions at meatpacking plants have led to an explosion in COVID-19, with facilities becoming major vectors of spread in many small towns across the country.

Much of the concern about these plants has focused on the safety of meatpacking workers themselves, and rightfully so. But they aren’t the only ones who work in those plants: federal inspectors, from the Food Safety and Inspection Service (FSIS), also visit plants frequently. A new report from Eric Katz at Government Executive says that safety measures put in place for inspectors have been woefully inadequate. Among the inspectors’ more egregious complaints was a charge that they were told to continue working despite being exposed to COVID-19.

FSIS inspectors have to be present in the same cramped work environments as plant workers, which puts them at risk of catching COVID-19; well over a hundred inspectors have tested positive, and at least four have died. The USDA was incredibly slow to institute safety measures for FSIS inspectors, refusing to even require masks for months into the pandemic. By late April, the USDA finally issued guidance that its 6,500 federal inspectors should wear masks, but did not actually distribute them. Claiming a shortage of masks, the USDA issued a $50 payment so inspectors could find or make their own.

Even after the mask fiasco, enforcement of the modest guidelines (social distancing, protective gear like masks and Plexiglass barriers) were, according to multiple reports, spotty at best. The FSIS inspectors weren’t there to ensure COVID-19 protocol was followed, and inspectors told Government Executive that if they do bring issues up the chain of command, “the news is typically met with indifference.” With fewer inspectors, the FSIS also sent inspectors around to multiple plants that they hadn’t previously inspected, exposing both the inspectors and plant workers to more new people and increasing the risk of spreading.

The new report, gathered from interviews with plant inspectors, finds that the protective guidelines are not being stringently followed. Social distancing, already incredibly difficult in the plants, is not consistently observed. One inspector said there were no temperature checks at one plant he visited, and that reporting cases is not encouraged.

The tone of the report echoes what has happened throughout the United States: a totally inadequate, scattershot response to the virus has meant that the pandemic has been a lot worse than it could be. With incoherent and inconsistent rules put in place, people are generally throwing up their hands and waiting for the vaccine—all while the death count continues to rise.

Yes, by golly, if an American blue collar worker gets COVID that’s just another statistic BUT if a Federal Employee is in danger of exposure then it’s a national EMERGENCY! it’s so nice to know how concerned the Feds REALLY are about working Americans. Let’s face it, we are basically just a cash crop that is only useful as long as we extend the power of office and allow them to manipulate our voting districts (gerrymandering), crushing the right to free elections or the 1st Ammendment and continue not to fight the dangerous rise in taxation that will starve working… Read more »