He’s still mulling names for it. 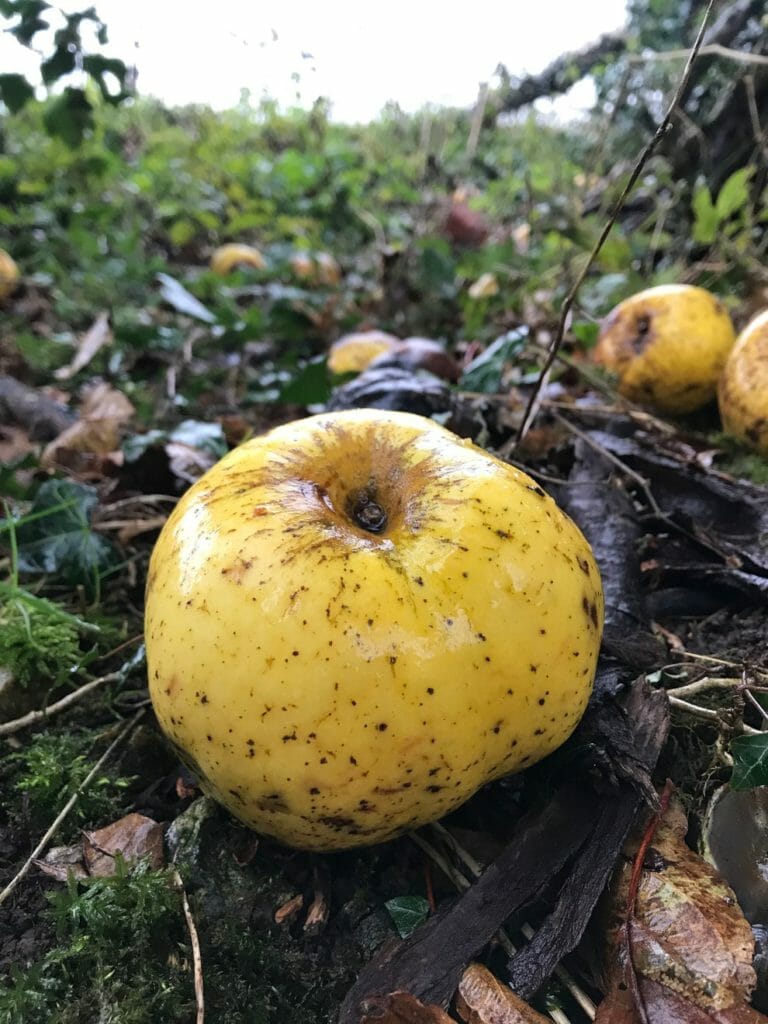 Following the success of the Honeycrisp, apple scientists—and there are plenty of them—have been trying to create the next big trend.

But not all new apples come from laboratories in universities. Earlier this month, reports the Guardian, a British man named Archie Thomas stumbled across a strange-looking apple in the woods near his home. Further examination from experts confirmed: this is a variety previously unknown.

There are thousands of apple varieties, and Thomas’s new apple is a good introduction to exactly how apples have been bred and diversified over the centuries. The apples we all know and love, including the Honeycrisp, McIntosh, and Granny Smith, are all technically cultivars of the domesticated apple, Malus domestica. But that domesticated apple had to be domesticated from somewhere.

Scientists think the primary ancestor of the domesticated apple is Malus sieversii, which is a sort of large crabapple native to Kazakhstan. Farmers in what is now Kazakhstan bred and crossbred those apples many thousands of years ago to come up with an early domesticated apple, one with a higher sugar content and better flavor, and it was exported along the Silk Road to Western Europe. Malus sieversii is thus known as a “wild apple,” a different species from the apples you find in stores, the same way that a domesticated pig is a different species from a wild boar.

There are other wild apples throughout the world, often in great variety. All apples produce a startling amount of genetic variety; if you plant a seed from an apple, it’s going to turn out wildly different from the apple it came from. Commercial, domesticated apples are grown by grafting, which ensures that they’re all identical, but also puts them at risk for diseases and pests that can wipe out an entire variety. (Just look at the bitter pit issue facing the Honeycrisp.)

England has its own wild apple, Malus sylvestris, a smallish, bushy tree that likes to grow near the edge of European forests. It’s pretty rare these days. But Thomas may have found a naturally occurring variety. The apple he found, which was so unlike the apples he knew, is yellow and mottled, lumpy, tannic, and tart. He asked an expert from the Royal Horticulture Society, who inspected three of the apples and confirmed that they are not a known variety, and could well be a hybrid between Malus sylvestris and a domesticated apple—possibly the only tree of its specific kind in the world.

Thomas is allowed to name the new apple, but has not decided on a name just yet.

The Archie Thomas would be a great name for an apple.

How about …”New Apple” good name I believe