It’s the first ruling of its kind, and could be a model for other states. 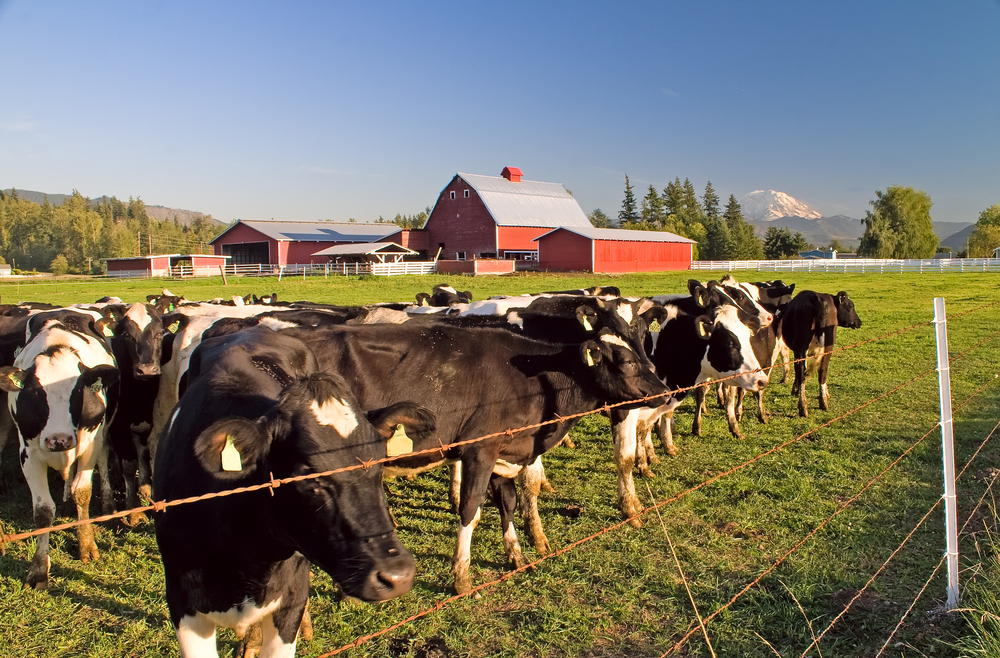 by Stacey Lynn Payne on Shutterstock
Photography The ruling applies to dairy workers in Washington, but advocates say it could include all farmworkers.
Share
Tweet
Pin
Email
209 Shares

There are many ways in which agricultural labor—despite being difficult, dangerous, and necessary—is treated differently from other types of labor.

One of those is in overtime pay, which, unlike in other industries, is not required federally. But last week, reports the Associated Press, the Washington Supreme Court (the state, not the city) ruled that there’s no reason not to require overtime pay for dairy farmworkers—thus making it required now.

Laws regarding overtime pay date back to the 1938 Fair Labor Standards Act (FLSA), which established many of the most important work protections still in use for Americans, including the prohibition of child labor, a federal minimum wage, and the requirement for time-and-a-half overtime pay. But there are exemptions for many of those laws: restaurant servers, for example, aren’t entitled to a minimum wage due to the practice of tipping.

Agricultural workers received several of these exemptions. The child labor rule has an exemption for agriculture, specifically for the children of farm owners. They’re also exempt from overtime laws, which for other workers require payment of 50 percent on top of their hourly wage for hours above 40 per week. Groups like Farmworker Justice note the racist roots of this exemption: the FLSA, in order to gain the support of Southern farmers and their representatives, included the exemption. At the time, the vast majority of farmworkers in the South were Black; today, the vast majority are Latinx.

The Washington Supreme Court ruled that there was no reason for state laws to contain this exemption. The ruling, which was decided 5-4, stated that Washington state laws include protections for especially dangerous jobs; overtime pay is both a protection for workers and meant to discourage employers from pushing workers into excessive hours. The ruling was in response to a lawsuit brought by farmworkers in the dairy industry, and will only apply expressly to that industry, but the phrasing, say lawyers who represented the farmworkers, could allow it to apply to all farmworkers in the state.

Washington is a significant agricultural state, leading the country in the production of fruits including apples, blueberries, and sweet cherries, all of which require more labor than, for example, corn and soy.

Farm owners were firmly against the decision, saying that the excess labor costs will harm an already struggling industry. Farmers say they can’t hire more farmworkers to work fewer hours, owing to a farmworker shortage that has only been exacerbated by the COVID-19 pandemic. And costs can’t be passed onto the consumer, they say, as Washington will be competing in markets with states that do not require overtime pay. The farmers say this will only hasten automation of farm work, though for delicate fruit work, automation is not yet an adequate replacement.

It’s possible that Washington’s ruling will have effects in other states. Because federal law does not require overtime pay for farmworkers, some states have already instituted some version of a state overtime law. California, for example, requires overtime pay for workers who exceed either 10 hours in a day or 60 hours in a week. With the FLSA unlikely to be amended given the conservative bent of the current United States Supreme Court, states might attempt to go to their own state supreme courts for a ruling friendlier to labor.

If this ruling results in new laws aside from dairy workers, I’m curious how they’ll implement it. A salary worker making $50k/yr with a budget of 2300 hours will exceed the 40hr/wk maximum before OT. Employers may simply reduce pay to the point where when their OT is added, they still earn the same $50k/yr for the same 2300 hours. Another option is farms could split entities to have employees working for two businesses, circumventing it that way. One way or another, it seems to only add bloating and burden to the system, making businesses craft new ways to keep… Read more »