The USDA Has Poured Money Into Farm Country, But Will it Be Enough to Help Re-Elect Trump? - Modern Farmer
Politics

The USDA Has Poured Money Into Farm Country, But Will it Be Enough to Help Re-Elect Trump?

Most farmers aren’t abandoning the president. 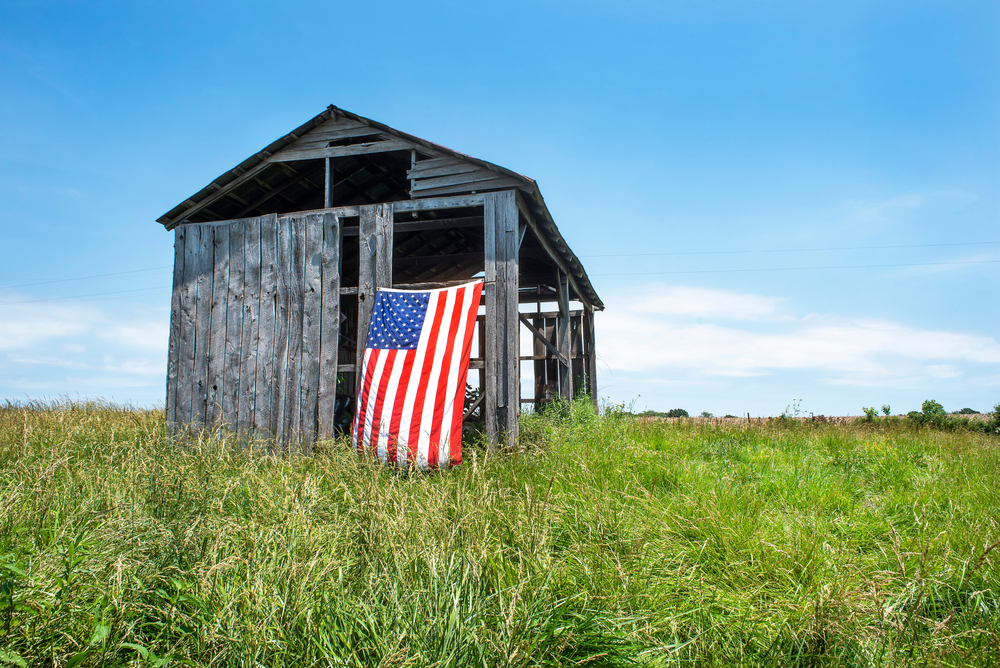 Since then, the Trump administration has doled out a record amount in bailouts to farmers to offset losses brought on by trade disruptions and the pandemic. Recent polls would suggest that these subsidies might be paying off, as the president’s support among farmers has reportedly surged back.

All along the campaign trail, Trump has bragged about the bailouts his administration has sent to farmers. In this year alone, researchers estimate the United States Department of Agriculture will distribute $46 billion to farmers. In 2019, the Trump administration paid $14.4 billion  to farmers suffering from the president’s trade wars. These payments largely favored larger farms in the Midwest and the South in what observers say were attempts to shore up Trump’s rural base.

“Had the president not found some way to make up at least part of the loss that the trade war caused, I think the support would be much more in jeopardy,” says Ken Cook, the president of the Environmental Working Group, an organization that runs a database tracking all farm subsidies that have been distributed since 1995.

Farmers overwhelmingly supported Trump in 2016, and researchers say that support will likely hold this year, in part thanks to these payments, and despite the continued rise in farm bankruptcies. A Farm Futures poll in July found that 75 percent of farmers intended to vote for Trump. This was a significant jump from a poll the company conducted in 2018, which found only 60 percent of farmers would commit to casting a ballot for the president. In a Farm Journal Pulse poll this summer, 82 percent of respondents said they would vote for Trump.

Wendong Zhang, an economics professor at Iowa State University, says this support is partly rooted in these bailout payments. He says farmers experiencing higher income loss are less likely to voice support for the president, but that total farm income has risen this year by $10 billion. This is in large part thanks to the subsidies, which make up 40 percent of total farm income.

“For the support of the agriculture community, the president will capture the vast majority of voters working in the industry,” says Zhang.

Farmers, who are generally reliable Republican voters and free-market conservatives, have been willing to accept Trump’s bailouts, acknowledging that this year has been an anomaly and hoping his trade policies will work out. Grant Kimberley, an Iowa soybean and corn farmer, says farmers “prefer trade not aid,” but that the funding has been appreciated.

“Farmers know that we can’t have 40 percent of our income coming from [the] government,” says Kimberley, who serves as the director of market development for the Iowa Soybean Association. “That can’t be the case every single year. These are kind of unusual circumstances.”

Zhang’s research has shown that there is generally a belief among farmers that the losses from Trump’s trade wars will be short term and that his policies will make things better over time. Zhang says the farmers most likely to abandon Trump include dairy farmers and biofuel producers, as they have been hit hard during the pandemic and haven’t received as much in bailouts. Biofuel producers have also been at odds with the Trump administration’s policies concerning ethanol waivers for the oil industry. A potential loss of support among dairy farmers could be significant for Trump’s chances in Wisconsin, a state the president won in 2016 and in which he has been trailing former Vice President Joe Biden in recent polls.

Observers expect that the payments could secure turnout of Trump’s existing base in important states like Michigan, Pennsylvania and Ohio. But whether that support will be enough to tip the election in his favor is another question.

I am a small farmer. I have never gotten any aid. I did not vote for Trump. I voted early and in person. I think there are a lots of myths about what farmers think, live like, and believe. Not to mention what type of music they listen too. I like heavy metal, rock, the blues, I don’t listen to country music even though I own horses and have ridden across most of Kansas. I have a small farm in Ohio where we do rotational grazing with our goats, cows and a few horses. We have pastured poultry. Perhaps the… Read more »

Related
Animals
Mormon Crickets Swarm Oregon FarmsShea Swenson
Environment, Fish, Water
The Oyster Farmers Working to Address Aquaculture’s Big Plastics ProblemBridget Shirvell
Environment, Opinion, Politics
Opinion: With Sky-High Fertilizer Prices, There’s an Opportunity to Grow Crops More...Kathleen Merrigan
Animals
Honeybees Are Feeling the HeatAshli Blow
wpDiscuz
We use cookies on our website to give you the most relevant experience by remembering your preferences and repeat visits. By clicking “Accept”, you consent to the use of ALL the cookies.
Cookie settings ACCEPT
Privacy & Cookies Policy