Tyson to Replace Federal Inspectors With Own Employees at Beef Plant 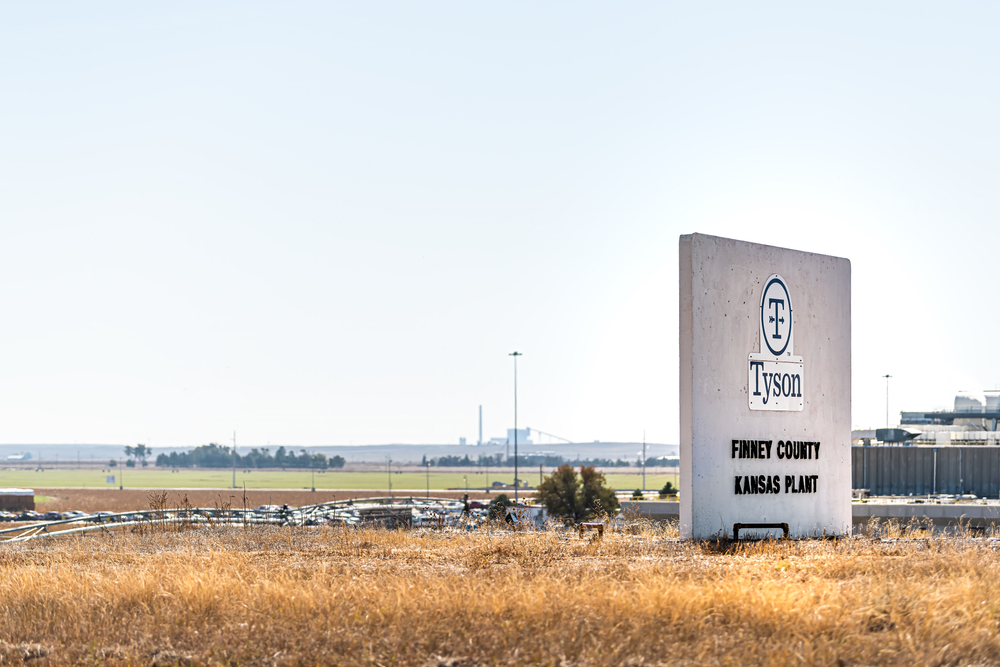 Back in March 2019, Tyson Foods proposed a waiver in which the work of some federal inspectors would be done by Tyson’s own employees.

This week, Tyson announced that change will indeed begin at its beef processing plant in Holcomb, Kansas. According to Reuters, the duties of more than a dozen federal inspectors will, starting in January at this plant, be conducted by employees of Tyson itself.

This is the first time that this sort of deregulation has been done in a beef processing plant. Previously, a pilot program for five pork processing plants, which included outsourcing of inspections like this, was conducted. Proponents of deregulation—largely the meat processors —have pointed to this program as evidence that such outsourcing can work. That said, the Office of the Inspector General found that the program’s data collection was not maintained properly, and that non-compliance reports were actually extremely high at these pilot program plants.

In any case, the USDA granted the waiver this spring, and Tyson announced that it will be hiring 15 employees per shift to check carcasses for violations. This will go along with a drop in the number of federal inspectors, likely a decrease of more than a dozen, who are, of course, not paid by Tyson. (This is not to conclude that federal inspectors are infallible; Tyson actually sued the USDA in 2019, after finding out that an inspector signed forms without even entering the facility.)

But many, including the former chief veterinarian of the USDA, are concerned. That former USDA vet, Pat Basu, told NBC News that the move is “bypassing standards.” Those in charge of inspections now have a financial tie to the plant’s owners, who have a financial interest in not wanting any violations found.

The Trump administration has for years attempted to loosen regulations, both for pathogens and worker safety, at meat processing plants.

Related
Animals
Wilbur-Cruce Horses: The Biggest Secret in RanchingJudith Matloff
Health
CDC Reveals That Only 10 Percent of Americans Eat Enough Fruits and...Dan Nosowitz
History
Tobacco Field Where Martin Luther King Jr. Worked Preserved as Historic SiteEmily Baron Cadloff
USDA Increases Rates for School Lunch BudgetsDan Nosowitz
wpDiscuz
We use cookies on our website to give you the most relevant experience by remembering your preferences and repeat visits. By clicking “Accept”, you consent to the use of ALL the cookies.
Cookie settings ACCEPT
Privacy & Cookies Policy