The farm produces 25,000 pounds of produce each week.

The battle to be considered the world’s largest non-traditional farm—hydroponic, rooftop, aeroponic—is never-ending.

Urban roofs have long been seen as essentially wasted space. These rooftops contain massive amounts of effectively unused land, typically between 15 and 35 percent of the entire city’s square footage. Because they are exposed to the sun, they’ve been commonly used for solar panels, as well as for telecommunications antennae, but agriculture has also taken note.

Rooftop farms have the advantage of being located closer to major population centers than any traditional farm possibly could be, but they also come with difficulties. There are weight restrictions, and crops with significant soil needs, such as fruit trees, generally aren’t seen as sensible to grow up high. But some farms, like Brooklyn Grange in New York City’s Brooklyn Navy Yard, function as educational organizations in addition to commercial farms, lessening their need for efficiency. Others, including many greenhouse rooftop farms, use hydroponics, which can be a more efficient use of space. 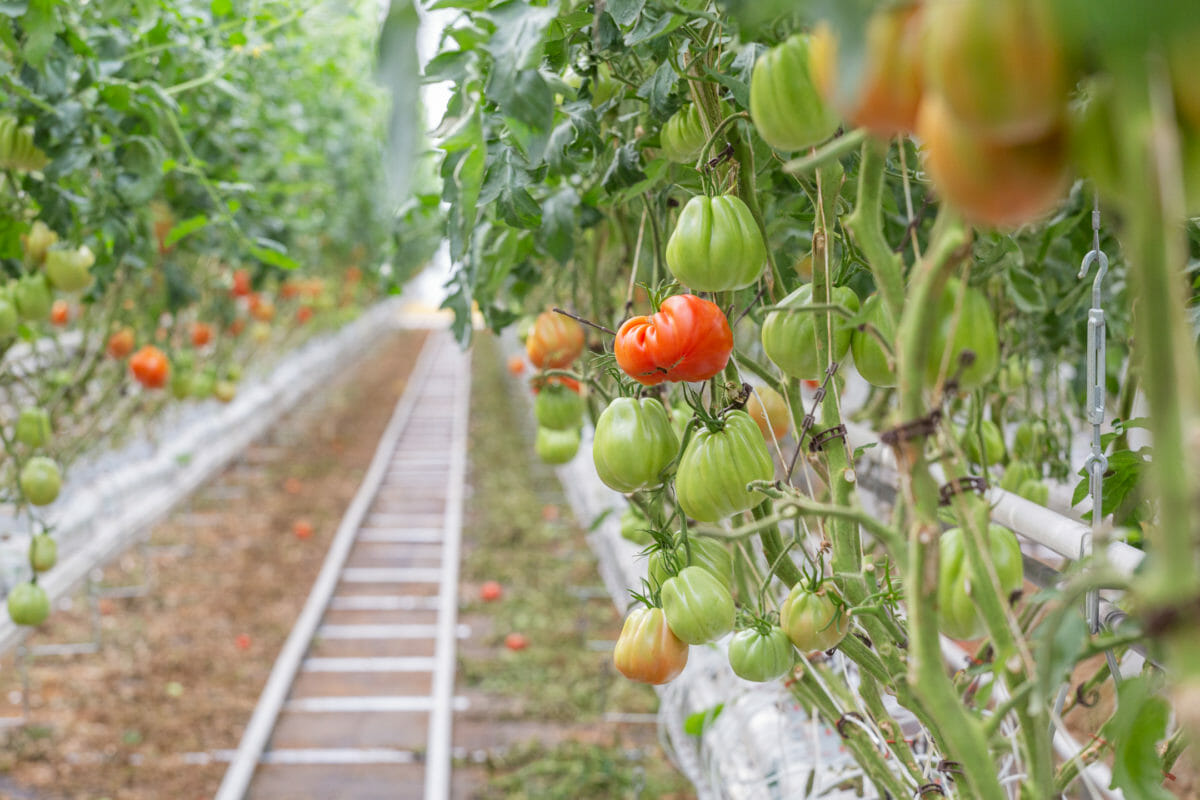 Lufa Farms’ new rooftop operation is on the island of Montreal. Photo courtesy of Lufa Farms

Lufa Farms has four hydroponic farms, located in rooftop greenhouses around the island of Montreal. Its latest, this enormous one, is located in Montreal, west of downtown, in a borough called Ville Saint-Laurent. It clocks in at 163,800 square feet, a little less than the area of three football fields. (Given that this is a Canadian company, we should clarify that those are American football fields, and that this is equal to about 9.5 NHL-sized hockey rinks.)

This August, that Ville Saint-Laurant farm reached full production, which includes 10 varieties of tomato and three varieties of eggplant. The company says this farm can produce 25,000 pounds of produce per week, a massive number, and that it will continue to be operational year round despite the chilly climate. That’s done with the help of various tactics, including blackout curtains and double-paned glass. The farm also includes a rainwater capture system, to be fed into its recirculating hydroponic setup.

Lufa’s business model is more consumer-focused than many urban farms; instead of selling to restaurants and grocery stores, the company operates a subscription box, with pickup locations all around the city. In an interview with the Montreal Gazette, one of the cofounders said that the company is profitable, and certainly the expansion of the company has taken off in the wake of the COVID-19 pandemic. Lufa says that its home delivery tripled during the pandemic.

I am the commercial manager of a company in Iran. But I emailed you from my personal email. In actually, I plan to do a project in the field of greenhouse (hydroponic) fruit and vegetable production. And I need an investor. The good connections I have in the government, provide me with agricultural land/water/electricity/gas / low-interest loans / and so on. This land is approximately 120 hectares and a large greenhouse can be built. Of course, part of these products enters the domestic market and another part is exported. In the first stage, the design can be started in small… Read more »