New York City's schoolkids don't have to go to Revolutionary War sites: there are rooftop apiaries to be observed, right in the city. 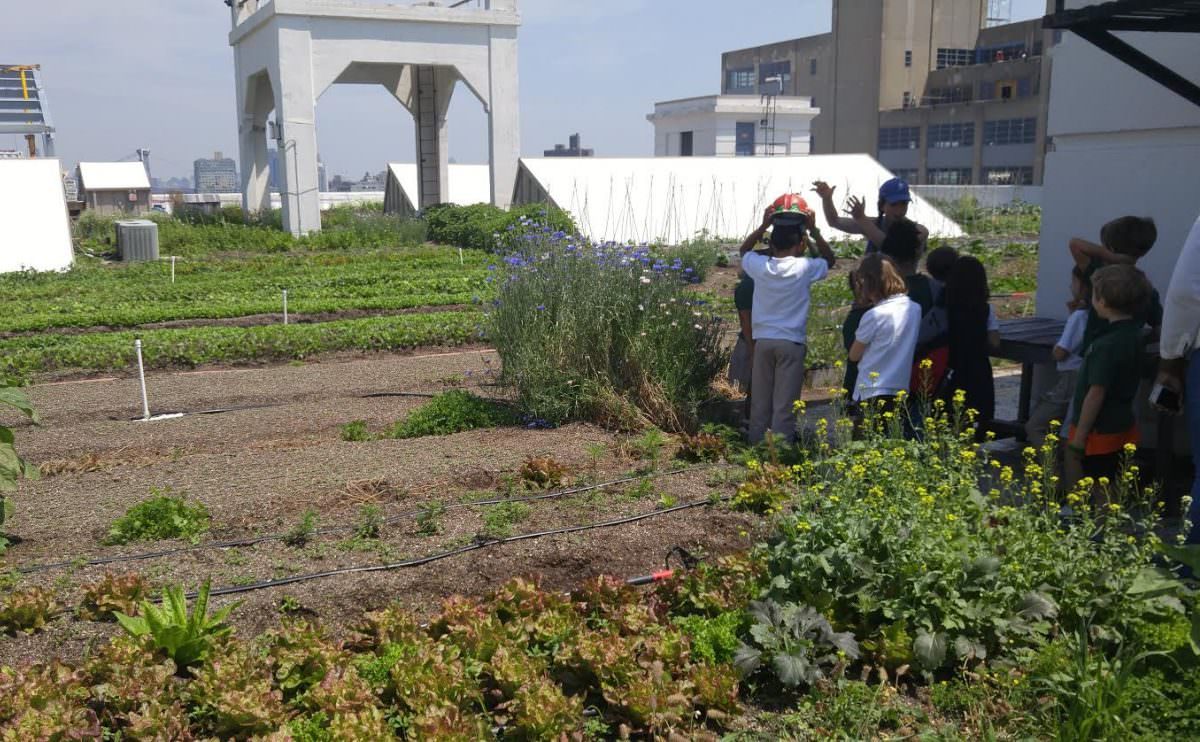 Today it’s home to a large production studio, a distillery, various art studios and, most notably, the world’s largest rooftop soil farm, Brooklyn Grange. The building housing the farm still clearly boasts an industrial feel; everything’s grey and heavy-duty materials are required. Exiting the elevator on the top floor and walking up a short final flight of stairs is an even more jarring experience because of it.

Opening that last door lets in fresh air with the unmistakable scents of agriculture: dirt, compost, flowers. You see the skyline of nearby Brooklyn neighborhoods and Manhattan just across the river, but right in front of you is a seemingly endless stretch of bright green spring plants. 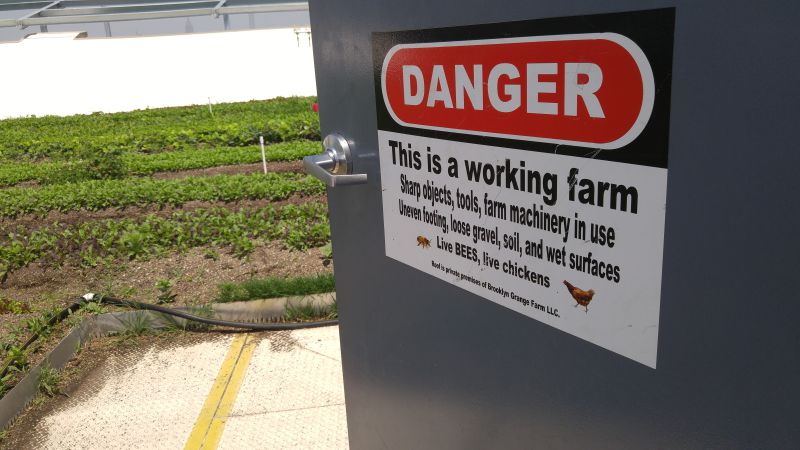 In a corner, under a little bit of shade from some kind of metal outcropping, is an educator from City Growers. She’s gesturing excitedly while a group of surprisingly observant kids ask questions about pollination and agricultural systems. One of them is wearing a helmet painted to look like a favorite flower the noble honeybee – the reason the kids are here.

City Growers is a nonprofit educational organization founded by members of, but financially mostly unrelated to, Brooklyn Grange. The group conducts all kinds of educational efforts mostly aimed at the city’s many schoolkids; they’ll go to schools and do demonstrations on how to set up compost, or host workshops where kids plant seeds, or show kids the harvest at Brooklyn Grange’s rooftop farm (which totals more than 50,000 pounds of organic produce per year, by the way). “Agriculture is something that many city kids don’t really have access to,” says Courtney Epton, the director of education for City Growers, who sports two very small golden earrings shaped like a bee and a large tattoo of a bee on her forearm.

The bees are perhaps one of the most interesting parts of City Growers. “A lot of city kids are just kind of conditioned to believe that anything flying or stinging needs to be killed,” says Cara Chard, the executive director of City Growers. The organization is on a mission to change that. During the growing season, roughly late spring to mid-fall, City Growers hosts honeybee education field trips, right there on the roof, to teach kids about honeybees – and, in turn, where their food comes from. 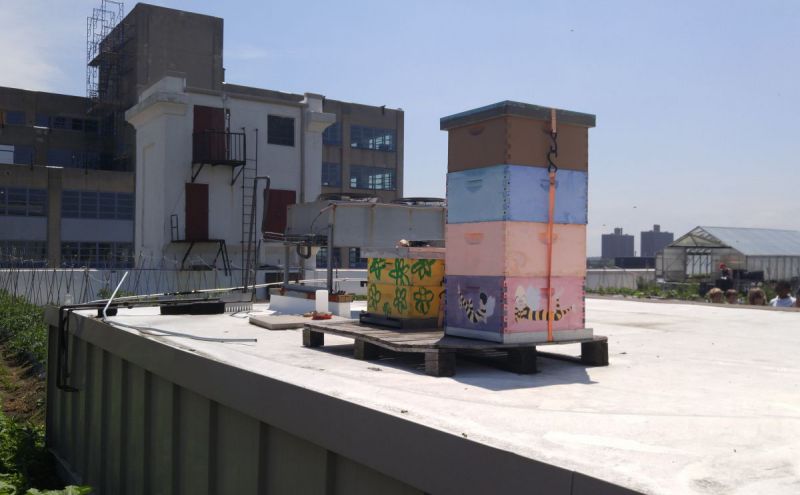 The 90-minute field trips include letting kids see into an “observation hive,” which has been outfitted with a transparent wall, though the death of a queen this winter meant that wasn’t available during my visit. But they also include a honey tasting, lessons about the bee’s preferred flowers, the construction of “seed bursts” (balls made of compost, clay, and seeds of some of the honeybee’s favorite flowers, to be scattered around the city), and, of course, hefty question-and-answer sessions. My favorite: a sort of skit where three kids wear helmets (one bee and two flowers) and the bee “pollinates” the flowers with the help of some velcro.

The workshops are, says Epton, usually sold out, and they’re doing a lot of them: five days a week, two workshops a day, for the entire season. In fact, the hives have been so popular that City Growers is actively trying to find new sites; ideally, they’d like at least one in each borough. (For now, they have the Navy Yard in Brooklyn and another location in Long Island City, Queens). The biggest obstacle to expansion is simply finding locations: “There aren’t that many buildings that are comfortable with the idea of having kids on the roof,” says Chard. “And kids and bees…”

But the interest is there, and the kids love it – and, actually, aren’t nearly as scared of the bees as I thought they’d be. (Frankly, they were less skittish than I was.) Understanding pollination is a perfect base-level introduction to how agriculture works in general. Especially when it gets the kids out in the sunshine.

Head to citygrowers.com to get more information on booking a honeybee education workshop.