There Are So Many Nuts, We Now Have a Nut Glut - Modern Farmer
Food & Drink, Plants

There Are So Many Nuts, We Now Have a Nut Glut

Production is reaching an all-time high. 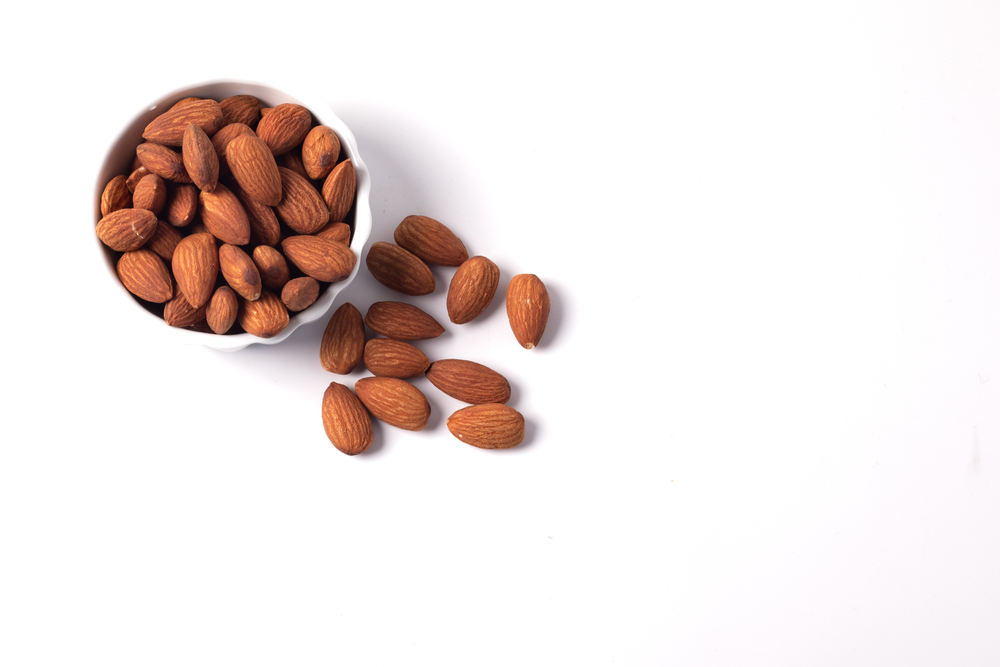 The United States leads the world in nut production and exports by a large margin.

But food trends, maturing trees, and great weather have combined to make this season perhaps a little too good. Or, as writers Elizabeth Rembert, Marvin G. Perez, and Michael Hirtzer at Bloomberg beautifully put it, we’re in for a nut glut.

The boom in nuts—specifically almonds, the US’s most-produced tree nut—started around 2010, nearly doubling in total sales compared with a decade before, according to USDA data. In 2015, American almond farms, largely in California, produced about 1.8 billion “meat pounds,” discarding the weight of shells. This year it’s estimated at 3 billion pounds, the highest mark ever recorded.

That timing isn’t a coincidence. Demand for almonds grew as demand for almond milk surged in the period from 2010 to 2015, in that pre-oat-milk era of plant-based milk alternatives. In that time period, almond milk sales spiked 250 percent. Seeing those numbers, almond farmers planted lots and lots of new almond trees. But almond trees, like many other fruit- and nut-producing trees, take time to mature—specifically, about four or five years. That means those new trees, responding to the trends of the time, are finally ready for harvest.

Add on top of that the “perfect weather” in the almond groves this summer, according to the chair of the Almond Board of California’s board of directors, and you’ve got a massive nut glut. Bloomberg found that the nut trends encapsulated by almonds extended to other tree nuts as well, including pistachios and walnuts, and that all are experiencing extremely high production.

With high production, though, comes lower prices. China is the world’s largest importer of pistachios, and a major importer of almonds and walnuts, but American exports to China are significantly down this year. That’s due in part to COVID-19 reducing demand for nuts, which are often given as gifts in China, and the lingering effects of tariffs may further reduce demand for American nuts. Though China is reducing tariffs as part of the “Phase One” commitment with the United States (which has had its own trouble fulfilling promises), Chinese importers found other suppliers, notably Iran, during the period when American nuts were too expensive.

This is all to say that the next few years of American tree nut production are looking like an awful lot of supply, which could well drag down prices. And that’s bad news for the farmers who invested in all those new trees, hoping for a payoff down the road.

Popular
7 Smokable Plants You Can Grow That Aren’t MarijuanaBrian Barth
New Solar Panels Allow Farmers to See the LightNaoki Nitta
6 Differences Between Llamas and AlpacasAndrew Amelinckx
Goat Sex: Everything You Wanted to Know But Were Afraid to AskAndrew Amelinckx
The Cold Swim HomeMarcie Callewaert
Explore Modern Farmer
Related
Aquaculture, Technology
Can Interactive Mapping Tools Guide Shellfish Restoration?Bridget Shirvell
MTMF, Plants
This Modern Farmer Wants You to Grow a New Potato StrainBevin Cohen
Food Waste, Plants, Technology
New Solar Panels Allow Farmers to See the LightNaoki Nitta
Animals, Health, news, Technology
First Vaccine for Honey Bees Approved by USDAEmily Baron Cadloff
wpDiscuz
We use cookies on our website to give you the most relevant experience by remembering your preferences and repeat visits. By clicking “Accept”, you consent to the use of ALL the cookies.
Cookie settings ACCEPT
Privacy & Cookies Policy