Those in the network say spots at the most coveted location have been denied to Black vendors. 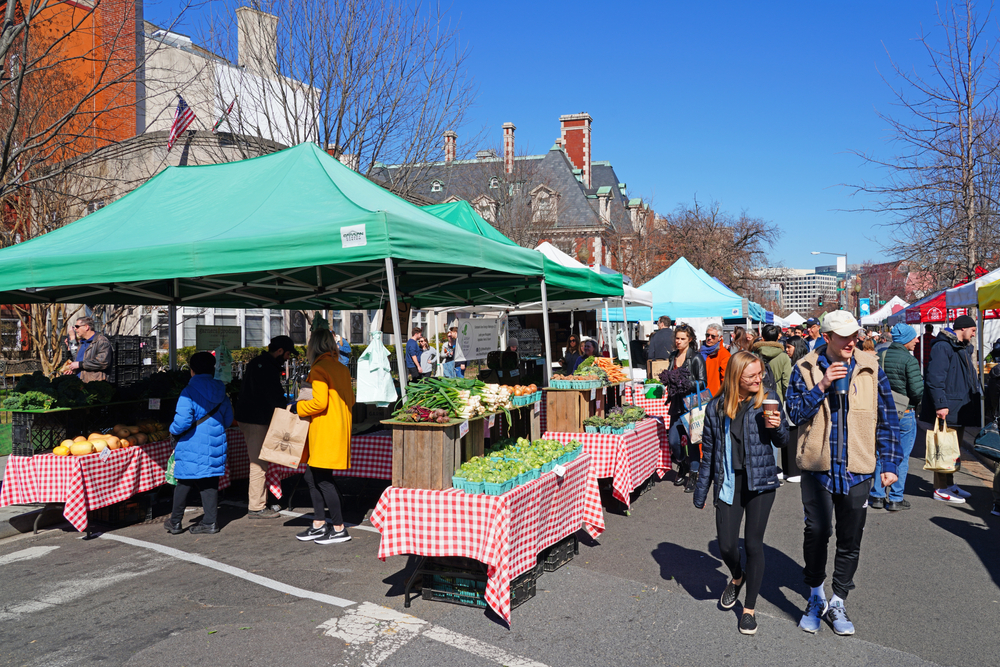 The major farmers market network in Washington, DC has more than 150 vendors selling at 33 locations.

But when the network, called Freshfarm, posted on Instagram about supporting its Black vendors, there were only 15 on the list. What followed is in line with the conversation much of the country has been having over the past month: is Freshfarm doing enough to support Black farmers and businesses?

The controversy, as reported by Jenny Splitter at Forbes, was sparked by Toyin Alli, a vendor who sells prepared food in the Freshfarm network. As a Black vendor, she publicly responded to Freshfarm’s Instagram post, stating that Freshfarm has not done enough to encourage Black vendors. “Please refrain from using my business to demonstrate your ‘inclusiveness’ when I know y’all not about that life!” she wrote.

Freshfarm, like most major city farmers market networks, has one flagship market. In New York City, that’s the Union Square market; in Los Angeles, it’s Santa Monica; in Chicago, it’s Lincoln Park. While each organization has plenty of other markets, the flagship market attracts tourists and visitors as well as locals, and earns a tremendous amount of money for vendors. Spots there are incredibly valuable. Yet DC’s flagship market, in Dupont Circle, has only one Black vendor.

Farmers markets have the reputation for being progressive organizations, and many have indeed fought for Black and non-white farmers. New York City’s organization, GrowNYC, has a program for diverse beginning farmers. There is a specifically Black farmers market in North Carolina, and minority-focused markets all over the country.

But in DC, Alli alleges that Freshfarm has repeatedly denied Black vendors a spot at Dupont Circle, and that the decision-making process for figuring out who gets one of those coveted spots is opaque and inscrutable. Freshfarm says that Dupont Circle is primarily for farmers, rather than prepared-food vendors like Alli, but both Alli and Freshfarm acknowledge that the criteria for selection is nowhere near as transparent as it should be.

It isn’t necessarily that Freshfarm is specifically denying Black vendors the most valuable spots in its markets; what the Forbes article displays is more like a lack of concerted, sustained effort to make sure that Black vendors are properly represented. Freshfarm has new leadership in the form of Hugo Mogollon, an Ecuadorian-American who only took over late last year. In a response posted on Instagram, Freshfarm wrote, “We know that the farmers and producers at our markets currently do not reflect the wealth of diversity in our community.” Freshfarm committed to reevaluating its selection process with input from non-white vendors, though did not announce any concrete changes just yet.

This article is taking a genuine societal-level issue and trying to pin it on a local farmer’s market network with little ability to influence broader trends. All I know about this issue is what is written in the article, but from what I see, it seems that Toyin Alli is upset that s/he didn’t get a spot at the Dupont Circle market. That’s fair – Alli is entitled to hold that view. But Freshfarm has explained that they reserve those spots for actual farm producers rather than prepared food vendors which is what Alli is. That doesn’t seem like an… Read more »

Modern Farmer should be careful entering the race baiting market. It’s been flooded already. We get it. Every sin that ever existed in the world is somehow white people’s fault. No white person has ever suffered at the hand of any person of color, ever. I’ll call out race baiting whenever I see it, so please stick to the farming and leave your politics on the desk.