Why Are Beef Prices and Demand Up, But Cattle Prices Down? - Modern Farmer
Animals, Food & Drink

Why Are Beef Prices and Demand Up, But Cattle Prices Down?

Some ranchers and politicians think price fixing may be afoot. 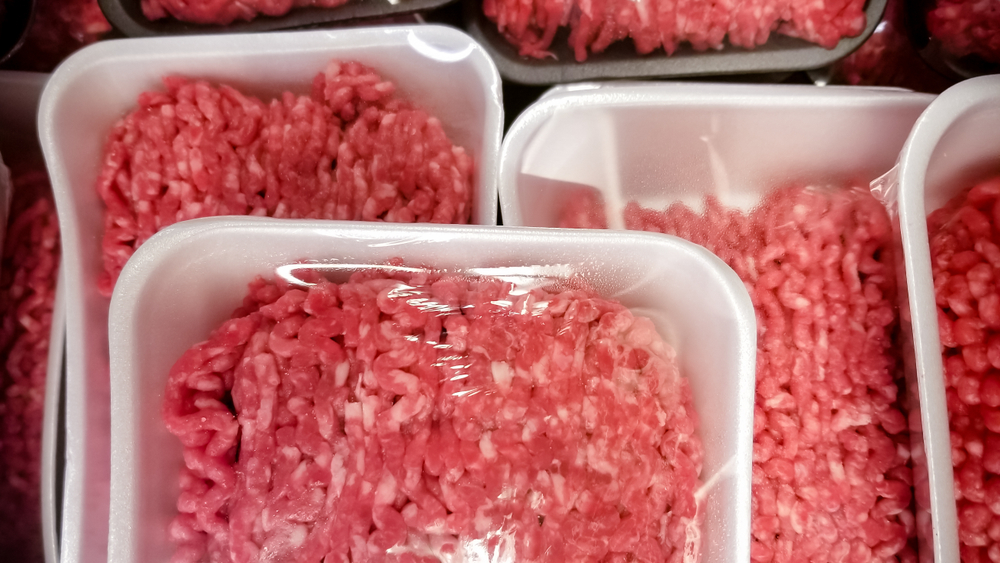 The COVID-19 pandemic has thrown all parts of the agriculture industry out of whack.

With consumers heading to the grocery store fewer times but buying in bulk, demand for certain basics has spiked. Eggs, for example, are selling like…well, like eggs during a crisis.

Another staple, at least in the United States, is beef, and beef sales are certainly up. But the price of live cattle has, astoundingly, gone down. Given that only a few gigantic companies control the majority of the beef market in the US, some onlookers, including Senator Chuck Grassley (R-Iowa), smell something funny. Grassley last week called for an investigation into “potential market and price manipulation, collusion, restrictions on competition and/or other unfair and deceptive practices,” as he wrote in a letter to the Attorney General and Secretary of Agriculture.

The past year has brought several accusations and lawsuits against the so-called big four companies that dominate the American meat industry. Those four companies—JBS, Tyson, Smithfield, and Cargill—control more than 80 percent of the American beef industry, which gives a very small number of high-level players an uncomfortable amount of power.

Lawsuits within the past year have accused these companies of conspiring to keep cattle prices low and beef prices high, in part by closing functional processing plants in order to artificially reduce supply. The price difference between the amount the big four pays for cattle and the amount they sell it for to consumers is sometimes referred to as “the spread.” The larger the spread, the bigger the profit—and those lawsuits allege illegal tactics to increase the size of that spread.

Now, with COVID-19 ravaging the country (and world, of course), that spread is getting larger. Beef sales have increased dramatically as consumers look to stock up on staples, especially those which freeze easily, like ground beef. Sales have spiked, along with wholesale prices, as grocery stores sprint to restock their shelves. One study finds that meat sales in general are up about 91 percent compared with this same week last year; just for beef, that equals more than $180 million in increased sales.

And yet despite all of this, live cattle prices are down 16 percent since February 4th. That discrepancy—the big four getting rich while the ranchers actually lose money—has prompted a rare bipartisan show of anger, with both Democrats and Republicans noting their displeasure and suspicion of this state of affairs. Secretary Perdue, to his credit, is aware of the problem, having at least tweeted about it:

.@USDA is actively monitoring all ag commodity markets & the flow of food from FARM TO FORK during the COVID 19 outbreak. We are paying special attention to the difference in prices from the farm gate to the grocery shelf.

In the meantime, there’s actually a way to avoid the big four altogether. R-CALF, a nonprofit cooperative of smaller beef producers, launched a website to make it easier to find local beef. (R-CALF is one of the groups that sued for antitrust violations last year.) Their site now provides a fairly extensive list of independent beef producers, along with phone numbers, websites, or other contact information. In short, it’s a Yellow Pages of non-big-four beef, a way to support producers outside that system.

That doesn’t, of course, help the ranchers who are stuck within the system, supplying those four companies. Systemic changes suggested by some Presidential candidates would address monopolies. In the meantime, hopefully the USDA has some bandwidth to see what’s going on here.

I am a 3rd generation cattle producer I suggest a book titled.The Meat Racket. then really get involved with your state representatives in Washington and keep up the pressure. This should never be allowed to happen in America.

Your publication deserves a serious THANK YOU.

Re: Meat Prices (in the USA)

You mention the 4 dominant companies (JBS, Tyson, Smithfield, and Cargill). It would be very informative to obtain a listing of the major US/International owners/shareholders in these 4 companies.

In advance, Thank-You for Your reply.

Many out there decry “Big Ag” suggesting that large farms are the problem. I am much more worried about the extreme and rapid consolidation of upstream and downstream companies that service farmers. On the upstream side, I’m thinking about seed, chemical, and other companies, and on the downstream side, I’m thinking about meatpackers, processors, etc. It seems anti-competitive and oligopolistic at a minimum. I worry about farmer’s ability to get a fair shake in this new landscape, which has emerged in really just the last 10 years or so.

If the government had not shut down all the little local independent beef processing places and drove up the price of processing, ranchers would have access to other ways to market their beef

What can a single person do to help.

Beef farming cow/calf operator are one of the only ag interest that the size of operations has gone down over the last 20 years.

Popular
Is Agroforestry the Key to Hardier Row Crops?Shea Swenson
7 Smokable Plants You Can Grow That Aren’t MarijuanaBrian Barth
Why Don’t We Eat Turkey Eggs?Dan Nosowitz
Goat Sex: Everything You Wanted to Know But Were Afraid to AskAndrew Amelinckx
Where Has All the Mustard Gone?Chloe Faure
Explore Modern Farmer
Related
Environment, Food & Drink
Where Has All the Mustard Gone?Chloe Faure
Animals, Environment, Technology
Alaskan Salmon Face a Stream of New MinesBecki Robins
Animals, MTMF
Meet the Maine Teenager-Turned-Landscaper Thanks to Grazing GoatsBridget Shirvell
Animals, Environment, Health
To Stop New Viruses Infecting Humans, We Must Protect Bat HabitatAlison Peel, Peggy Eby, Raina Plowright
wpDiscuz
We use cookies on our website to give you the most relevant experience by remembering your preferences and repeat visits. By clicking “Accept”, you consent to the use of ALL the cookies.
Cookie settings ACCEPT
Privacy & Cookies Policy