We Now Know What Makes Durian So Stinky

Scientists have determined that a rare amino acid is key in giving the Asian fruit its distinct odor. 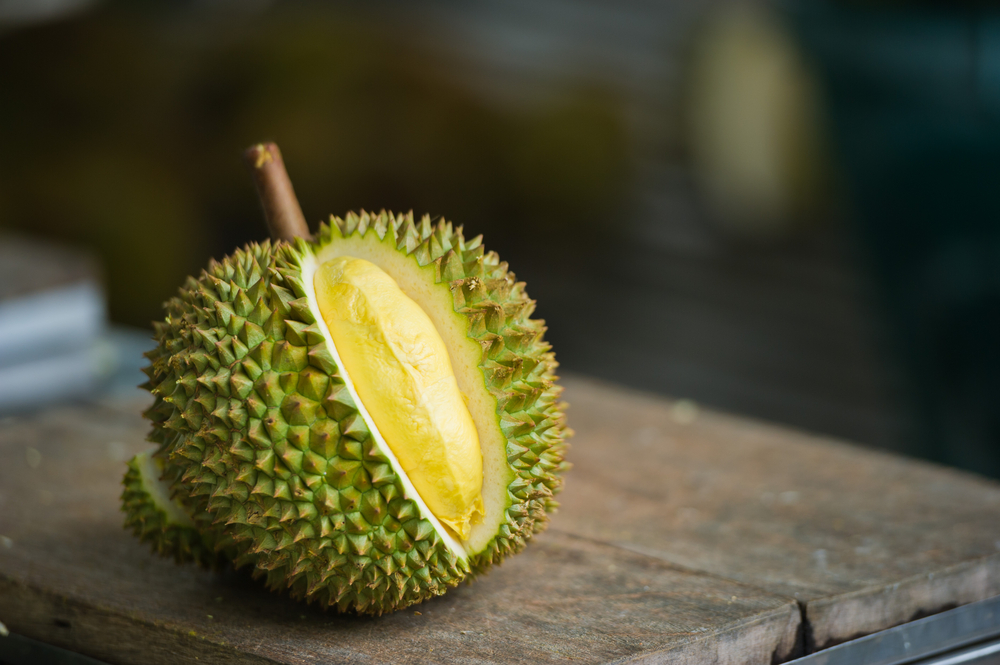 If you’ve ever been to Southeast Asia, you’re likely familiar with the smell of durians.

The flesh of the soccer-ball-sized fruit is a popular snack in parts of Asia, and it has a scent likened to that of rotten onions mixed with a hot mountain of poopy diapers. The late great Anthony Bourdain once said eating durian will make your breath smell “as if you’d been French-kissing your dead grandmother.” The stench of durians is so bad that Singapore has banned commuters from eating them on public transportation and many Asian hotels have barred consumption of the smelly fruit in rooms and hallways.

Last year, the fruit’s odor caused the evacuation of an Australian university after staff smelled durian and thought it was a gas leak. And in 2018, an Indonesian plane was temporarily grounded when passengers couldn’t take the offensive smell of some durian cargo any longer.

Last week, researchers at Technical University of Munich in Germany released the results of their study, looking into the mystery of why durians smell the way they do. It turns out that a rare amino acid called ethionine is to blame. Previous research had shown that the odor came from a chemical compound called ethanethiol, but it wasn’t clear how the fruit was producing it. The new study, published in the Journal of Agriculture and Food Chemistry, finds that, as a durian ripens, its ethionine content increases, releasing the smell.

Researchers say knowing how much ethionine is in a durian is important, not only because it helps us understand why they’re so smelly but because consuming this amino acid could have health risks. A past study suggested eating large amounts of it could cause liver damage and cancer in rats, but scientists say more research needs to be done in that area.

In the meantime, researchers are reassuring durian eaters that they would need to consume a lot of the fruit’s flesh to experience adverse health effects. Someone weighing around 150 lbs would have to eat more than 1,200 lbs of durian in a day for it to be comparable to the toxic levels fed to animals in earlier research. But we won’t blame you if you don’t want to put something in your mouth that smells like a butt.