What Makes Industrial Hemp Spike to Illegal Levels of THC?

With strict laws limiting the amount of THC in hemp, we need to know how, why, and when THC levels increase. 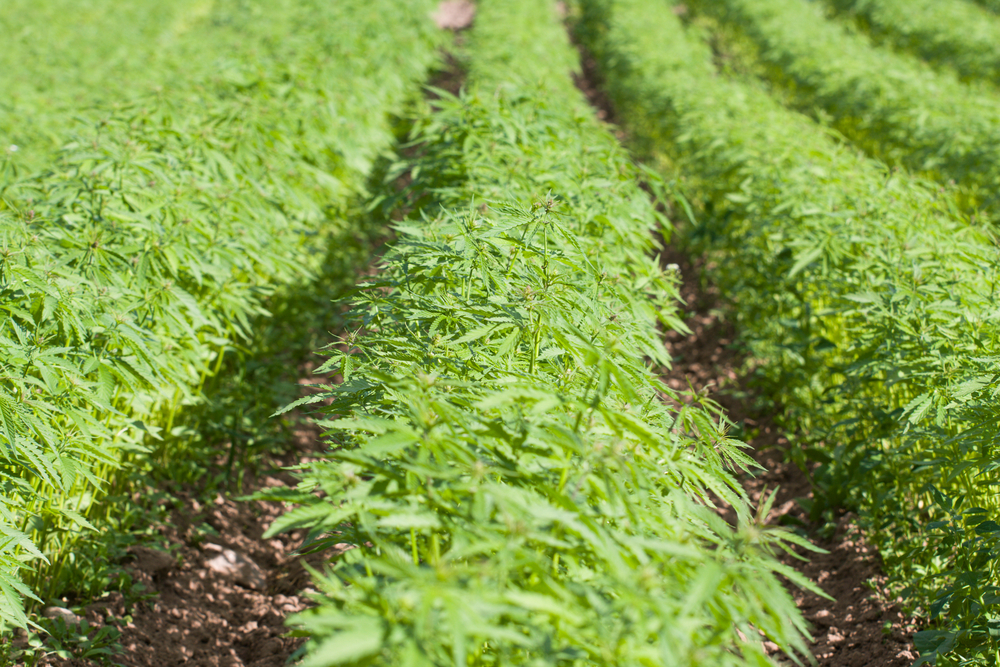 Industrial hemp—cannabis with a low level of THC, the compound that provides marijuana’s “high”—is legal nationwide, thanks to the 2018 Farm Bill. But due to a long period of prohibition, scientists, farmers, and consumers know very little about the plant.

One of the biggest mysteries, one rife with anecdotal evidence and theories, was what causes a hemp plant to “go hot,” or have illegally high levels of THC. A new study from Cornell University researchers finds that the conventional wisdom is way off.

Industrial hemp has boatloads of uses; Senator Mitch McConnell used a hemp pen to sign the 2018 Farm Bill legalizing hemp, for example. But what’s looking like the big cash reason for growing hemp, at least right now, is cannabidiol, or CBD. CBD is a compound in the hemp plant, and while it is very poorly understood, the CBD industry has become massive, with claimed uses ranging from anti-anxiety to cancer prevention. (The FDA has had to stop companies from claiming most of these effects, as none of them are proven.)

Currently, the law states that industrial hemp is legal if it tests with a THC level of less than 0.3 percent. Growers do their best to breed low-THC varieties of hemp, but sometimes plants still go hot, exhibiting higher THC percentages than that, and those plants cannot be sold and must be disposed of. That can be expensive, depending on how often it happens, and it can also be concerning for consumers who want to make sure they won’t get accidentally stoned. So it’s in everyone’s best interest to figure out exactly what causes a hemp plant to go hot.

There had been some conventional wisdom that geography and environment—terroir, really—might play a role in a hemp plant unexpectedly going hot. Different temperatures, amounts of water, soil makeup, the location it was grown in, all of that stuff was believed to be a possible cause of a hemp plant going hot.

New research from Cornell, though, says that’s not the case. “Our evidence from this paper is that fields go hot because of genetics, not because of environmental conditions,” says Larry Smart, the lead author of the study, in a press release.

The study involved testing two different hemp fields, comparing genetic makeup and environmental differences. The researchers found that environment conditions had no significant effect on THC levels, but did discover that the hemp plants had different genes that seem to trigger whether they’ll produce THC, CBD, or both.

This could be incredibly valuable; the researchers note that genetic testing of hemp plants can be done while the plants are still seedlings, dramatically reducing the penalty for discovering high THC levels in a mature plant. Their research indicates that THC and CBD are all based on genetics, and could provide a pathway for much easier, cheaper, and more conclusive testing. And that’s good news for hemp farmers, who are finding the hemp industry to be a bit less lucrative than expected.

USDA is not relaxing the THC limit for cannabis to be designated hemp, so hot-hemp must still be destroyed. They said that the only way is to rewrite the statute. Since a rewrite is being contemplated, why not tell Congress to rewrite the definition of marijuana to make it uphold the Constitution while retaining the legitimate federal prohibitions? This make the definition of hemp superfluous so that no cannabis has to be destroyed, like this: The term “marijuana” means all parts of the smoke produced by the combustion of the plant Cannabis sativa L., which is, as are the viable… Read more »

Whenever this topic is discussed one must also consider the sampling techniques used to collect the hemp sample. The new USDA sampling technique is favorable for growers, top 1/3 of the plant in line with international treaties. The genetics are responsible for plants going hot, certified genetics are necessary to alleviate the growers burdens until laws can be changed to regulate final products and not the plant. The game is growing plants to stay compliant, harvesting prematurely to stay legal. AOSCA is looking at a certified clonal program as well as a certified feminized seed program to go along with… Read more »

Truth is everyone is too educated apart from the government themselves, people smoke weed to get high so reducing your THC levels will only result in loss of money,1. 5million users alone in the uk they all want to get high, unfortunately the press are trying and the government are trying but unless they legalise it they wil lose

President Bernie will legalise all hemp his 1st day in office