After a Decade, the USDA ‘Addresses’ Unfairness in Meat Production

Except they didn’t, and the National Farmers Union is not thrilled with the new proposed rule. 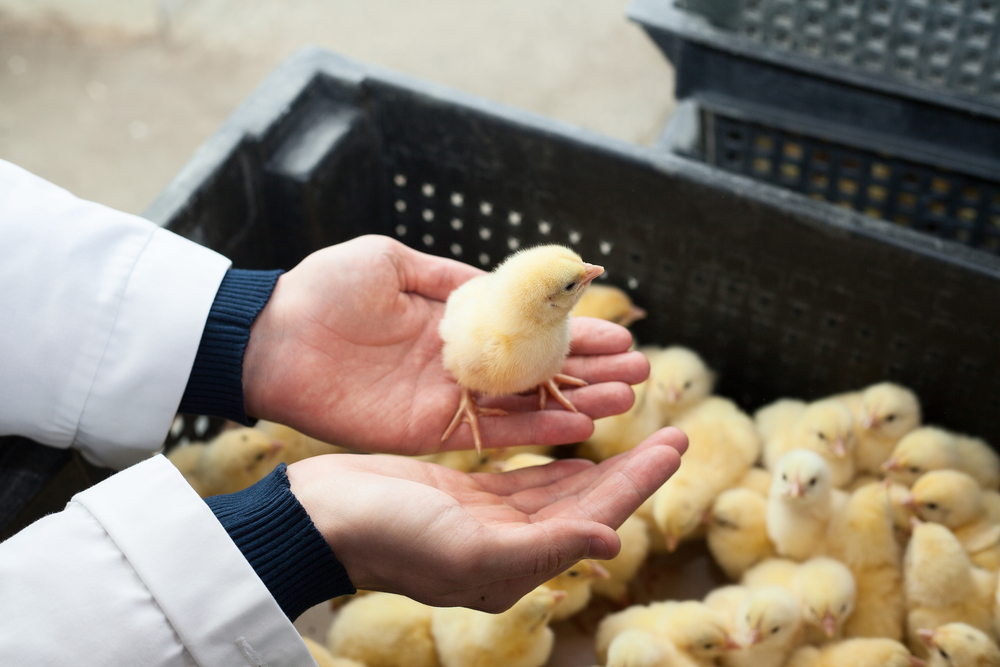 Creating new rules in agriculture regulation is wildly complex, but, sometimes, they boil down to simple fairness.

In 2008, the Farm Bill included language that required criteria for deciding whether “undue preference” had occurred within the meat industry, especially in poultry and pork. This seemed like a good way to actually establish some ground rules to make the poultry and pork system fairer for chicken farmers contracted by large corporations. More than a decade later, we finally have proposed ground rules, and they don’t seem to help with the fundamental problems at all.

In the poultry sector, the big producers—Tyson, Pilgrim’s, Perdue—have an incredible amount of control over the farmers who actually raise their chickens. Those farmers aren’t technically employees; usually, they’re contract growers, theoretically independent but in practice totally dependent on the whims of the big corporations. These companies provide the chicks, the feed and the medicine; the farmers raise the birds. Roughly 97 percent of chicken in the US is raised this way. The farmers often have little choice about which company to work with, and those corporations are able to take what farmers see as punitive action against them when they speak out. The 2008 Farm Bill wanted to address some of the bigger problems with this arrangement.

For example, the big companies can retaliate against farmers who agitate for, say, better pay or better treatment by providing sickly birds or cheaper, worse quality feed—and then paying less for the inferior or fewer surviving birds. The companies can arbitrarily require expensive upgrades, such as a new feed silo or housing with a window on a different side, which can sometimes bankrupt farmers.

They also use what’s called a “tournament system,” a performance-based racket that allows the companies to pay more or less for birds after they’ve been fully grown and delivered by the farmers. The companies will pay more for some birds, but that means they’ll pay less for other birds; the total amount the company pays doesn’t change. The prices are, again, opaque and arbitrary from the viewpoint of the farmer; a farmer might have put up a million dollars in improvements hoping to earn the most for his chickens, only to find that he’s actually making less than expected. And, of course, the most important bits—the food and the chicks—are provided by the corporation. So, no matter how good a farmer one is, one could get screwed by the actions of a vindictive or indifferent corporation.

And, finally, there have been unclear rulings on “competitive injury,” a vague bit of legislation that makes it difficult for farmers to sue corporations for unfair treatment. “In recent decades, there have been courts that have ruled that a poultry company or packer isn’t in violation of the Packers and Stockyards Act unless the farmer who’s alleging the violation can prove that the action of the company is actually harming competition in the industry as a whole, not just the farmer individually,” says Aaron Shier, a government relations representative for the National Farmers Union. That’s an incredibly high bar to hit, and it’s enforced inconsistently.

The NFU, along with the National Sustainable Agriculture Coalition and pretty much any other group concerned with labor laws in agriculture, has pushed for the criteria called for in the 2008 Farm Bill to fight against this stuff. They have called for a ban of the tournament system, clear language on competitive injury and good, hard regulation that courts can call on to fight against unfair treatment of poultry and pork farmers.

Critics say the USDA waited an egregiously long time to address these concerns. Eventually, in December 2016, under the Obama administration, the Farmer Fair Practices Rule emerged. The FFPR specifically targeted that competitive injury stuff, which the USDA claimed would lead to “frivolous lawsuits.” In October 2017, only six months after Sonny Perdue took the helm of the USDA, that rule was killed. This led to lawsuits that reminded the Trump administration that, hey, you actually do have to provide these criteria; it’s the law, laid out in the 2008 Farm Bill.

This week, the USDA unveiled its new proposed rule, which theoretically meets the requirement laid out in the 2008 Farm Bill—they must have some criteria—without making those criteria address any of the problems it was supposed to tackle. “We think it should have addressed it in a way that was clear and that would protect farmers and growers,” says Shier. “But I think we also needed a rule that didn’t do harm, and this rule might do harm.”

The new proposed rule does not eliminate the tournament system; in fact,  it specifically says that it does not expect there to be a decrease in the tournament system as a result of the rule. In regards to competitive injury, it says it “does not intend to create criteria that conflict with case precedent,” even though case precedent is unclear and desperately needs clarification. The term “retaliation” does not appear in the proposed rule at all.

One of the biggest criticisms of the new rule is that it maintains a loophole: A farmer or grower cannot sue a corporation for actions that are “a reasonable business decision that would be customary in the industry.” This is a truly bonkers thing to include if the whole point is that decisions that are customary in this industry are unfair and unreasonable. That language means that anything that has taken place previously is fine and not subject to a legal challenge, simply because it is customary. “This seems incredibly harmful,” says Shier. “It seems like a problem to prejudge anything that’s customary in the industry as something that could not be seen as an undue or unfair advantage.”

The new rule is a proposal, and there is now a waiting period while the USDA collects comments. You had better believe that there will be comments, and if the killing of the Farmer Fair Practices Rule is any indication, there may be lawsuits as well.

We fear communism and the control it has on people, but we should be fearing what corporate agriculture is doing to our farmers. Are not the actions of corporate agriculture no different or unlike the forceful adherence to a communist agenda – “control”? Are not their actions inconsistent with the freedoms which we hold dear, our ability to question and hold accountable the actions of others who limit or hinder our freedoms? These corporations are asking farmers to adhere to a controlled farming agenda. The legal ramifications will continue to stifle American agriculture for years to come. It is time… Read more »

WHY DO WE SIT BY AND LEAVE IT UP TO THE NATIONAL FARM UNION, USDA, OR OTHER SNAILPACE ACTORS

These are matters of life and death, for corporate farm animals, and for human beings. Certainly we are long overdue. We need to band together in voicing a clarion call: “ENOUGH, WE HAVE HAD ENOUGH…”

I am a grower that is constantly waiting for the light at the end of the tunnel…it would be awesome to one day NOT be held to a tournament system that most of can’t even understand! We have agreements with our integrator that they don’t fulfill, we need to take out additional loans and re-structure. If we don’t fulfill our agreement they are johnny on the spot, its not a two way street. As for the pay part of it, thats a completely different conversation for another time. Had we known back when that we would be indebted to our… Read more »