A New Star(fruit) of Florida Farming 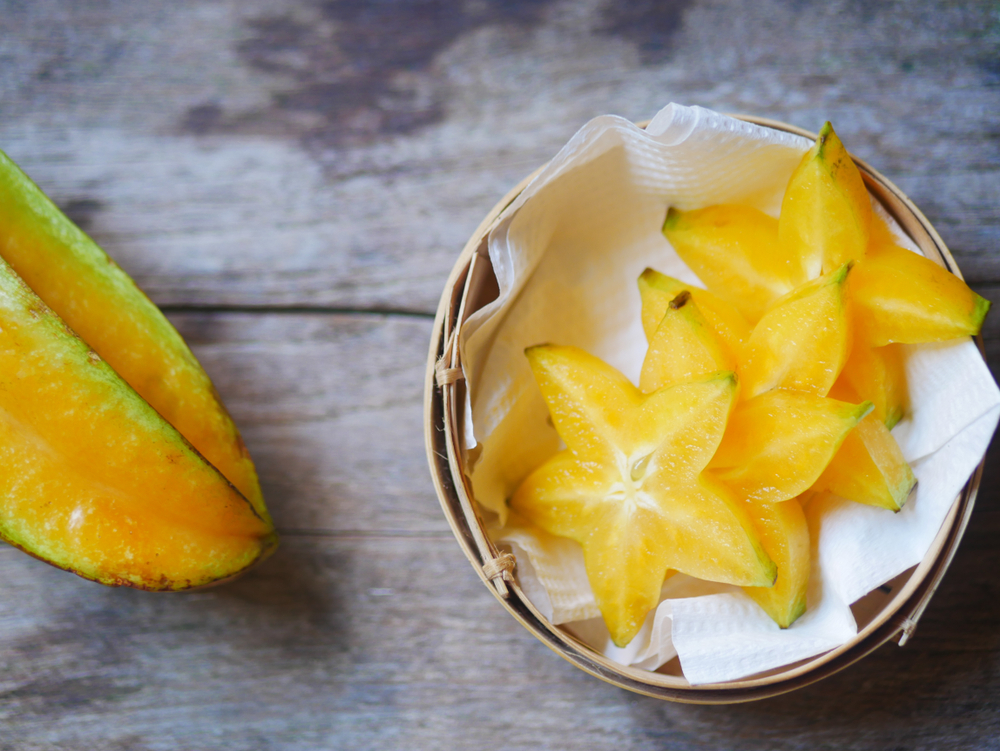 When most people think of Florida’s fruit industry, they think of citrus.

Florida produces about 44 percent of the country’s citrus, and dominates the juice industry. But there have been hard times for Florida citrus lately, which has led to an examination of the Sunshine State’s other fruit crops. A new study provides a path forward for sustainable growth of an underrated exotic fruit: the starfruit, or carambola.

Typically known as the starfruit in the United States, thanks to its unique shape which resembles a star when cut in slices, the fruit is native to Southeast Asia. But it’s been grown in Florida for about a century, and there’s been a decent-sized commercial industry there since the early 1970s.

South Florida isn’t quite a perfect environment for the starfruit; the ecosystem there is slightly cooler and drier than the starfruit finds in Southeast Asia, which means that it’s vital to figure out a way to grow the crop sustainably. New research from Florida International University attempted to grow starfruit using cover crops to help with soil health.

The research is ongoing, and there aren’t firm figures yet, though the researchers are pretty optimistic that their work will show that cover crops (in this case, legumes) will assist in keeping the soil healthy for starfruit groves. These cover crops can help insert nitrogen back in the soil, maintain the soil’s ability to hold water, and reduce erosion—all vital if the starfruit is going to be grown at higher levels in Florida.

And that might not be as crazy of an idea as it seems. A disease known as citrus greening is decimating Florida’s citrus groves, and there is no known cure for it yet; researchers describe their efforts as one to flat-out save the Florida citrus industry from destruction. Similarly, the avocado industry, worth over $50 million in Florida alone, has been suffering from a disease called laurel wilt, which has killed thousands of trees in the past few years.

In short, Florida’s staple fruit crops are struggling, and that leaves room for something else to be planted. Starfruit copes well with some of the harbingers of climate change, including hurricanes and increasingly humid, hot weather. Starfruit isn’t exempt from that; the recent discovery of the Oriental fruit fly is a potential problem.

But starfruit is tolerant of most weather and soil conditions, as long as it gets enough water, and produces quite a large yield from a medium-sized tree; up to 180kg of fruit per year from one tree, according to FoodIngredientsFirst. That’s towards the high end for a mature, ten-year-old citrus tree.

Starfruit isn’t currently particularly popular in the US, but it’s an easily shipped, easy-to-like fruit with plenty of nutritional benefits, including especially high levels of vitamin C—just like an orange. It can be juiced, eaten fresh, or even fermented into wine. There’s no guarantee, of course, that we’ll start seeing American orange groves supplanted by ones that grow starfruit, but it’s possible, and if it happens, research like this cover crop work will be super valuable to ensure it’s grown sustainably.