The new rules would also cause almost a million children to lose free school lunches. 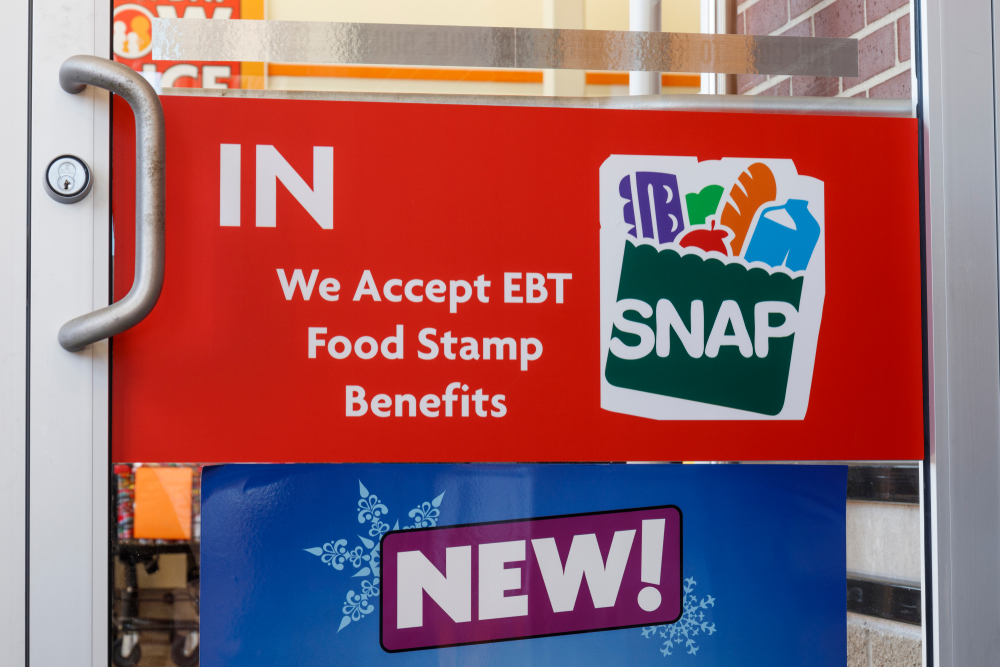 A much-criticized proposed rule to change the Supplemental Nutrition Assistance Program, or SNAP—better known as food stamps—has been finalized by the USDA today.

In a telephone statement to the press, USDA secretary Sonny Perdue and deputy undersecretary for Food Nutrition and Consumer Services Brandon Lipps reiterated the talking points the USDA and the Trump administration have put forth surrounding these rules. “The rule restores the system to what Congress intended. That was assistance through difficult times, not a way of life,” said Perdue.

The new rule makes several changes to existing SNAP rules. First, it removes what’s called “Broad-Based Categorical Eligibility,” or BBCE: essentially a package program. BBCE is a shortcut that allows states to automatically enroll qualifying households and individuals in SNAP, based on their participation in other programs like Medicare. It says, well, the government already knows you qualify; why make you separately apply for SNAP?

The new rule would end that function entirely, which has the bonus of removing, according to the USDA’s own estimates, just under one million children from free school lunch programs. The USDA says that about half of those children would still be eligible; their families would simply have to re-apply. Certainly not all would, either not knowing or not understanding this whole change, meaning that many kids who qualify for free school lunches will soon not receive them.

Another change would affect able-bodied adults without dependents, or ABAWDs. Currently there are state-based waivers that allow flexibility for some of the rules for ABAWDs, based on unemployment rates. The new rule will reduce that flexibility, causing about 680,000 people currently receiving food benefits to lose them.

A study playing out those proposed rules estimated that, had the rules been in effect in 2018, about 3.7 million people would have lost SNAP benefits, and the total amount of money spent on SNAP benefits would have been lowered by $4.2 billion. In 2018, SNAP cost $68 billion in total. On the call, Lipps estimated savings of $5.5 billion over five years. Assuming SNAP costs $68 billion per year—this is generous, because SNAP actually has a lower budget now than it did a few years ago—that would mean a savings of about 1.6 percent over five years.

Lipps answered a few questions from reporters, following a statement from Secretary Perdue that largely, sometimes with verbatim language, echoed his recent op-ed in USA Today. He repeated language associating this policy with language from President Bill Clinton in 1996—one of the few times this administration has aligned itself with a Clinton—and emphasized the lowered federal unemployment rates as a reason for those receiving SNAP benefits to be removed. (He did not mention whether the available jobs actually pay enough for people to no longer qualify for SNAP. Millions of Americans work, often 40 or more hours a week, and still rely on SNAP.)

“At USDA, we’re taking action to reform our SNAP program in order to restore the dignity of work to a sizeable segment of our population, and be respectful of our taxpayers who fund the program,” said Perdue.

Actually, the only thing happening is the federal government is cracking down on agencies ignoring the requirements, assisting in the distribution of fraudulently obtatained benefits. Look around the welfare offices (or pretty much any government office) and you’ll see a bunch of lazy socialists. No wonder they’re helping other lazy socialists get handouts at the taxpayers’ expense.

In the meantime, the various military adventures are costing the government trillions of dollars, the wealthiest Americans just got another tax break, and Trump’s golf holidays are costing hundreds of thousand for each visit to his golf courses. Just like waging war on babies and small children by kidnapping them and stashing them in cells…..American babies, by the way….Trump specializes in capitalizing on the backs of the relatively powerless, as all bullies and cowards do.

Time to roll up your pants.

So our children will have to go without food at school and less food at home. How is that fair? Are you going to discuss the fact that we need more people to hire low income people also affordable house’s ? As it is it take’s three- four families to have a good home. We have so many homeless families, War vet’s with P.T.S.D they don’t get the help they deserve and disabled people living anywhere to stay warm and young adult kid’s. This is why people are going to be sleeping anywhere they can. This is so unfair to… Read more »