Experts predict tough times ahead, too. 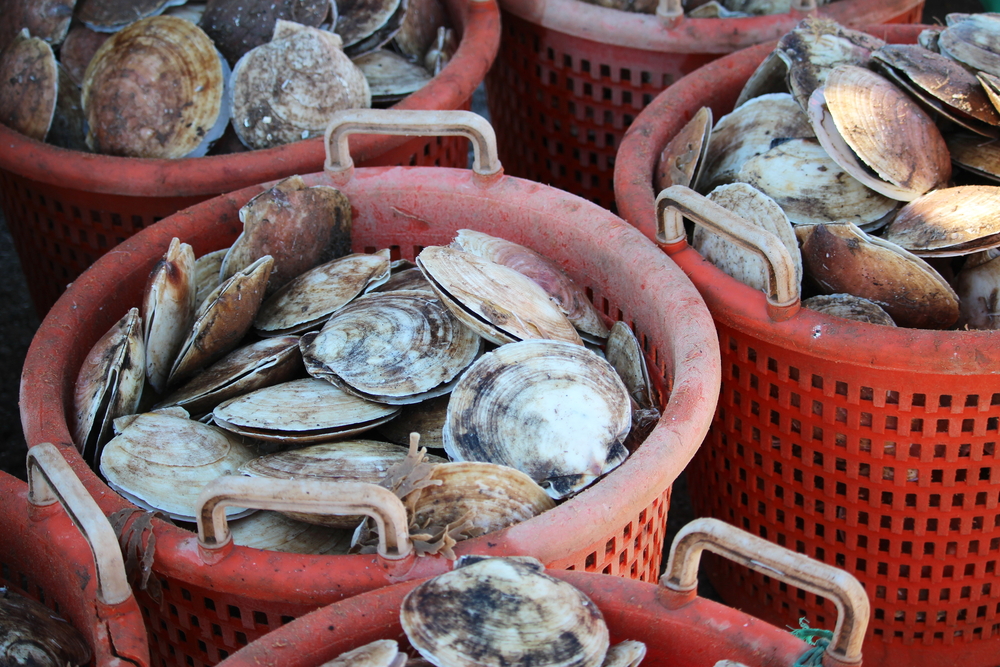 Scallop season in the Northeast opened this past week, with fishermen in New York and New England heading out to find small, succulent bay scallops.

The results of the early fishing have been what you might generously called “mixed.” In Massachusetts, fishermen off Martha’s Vineyard have seen a bounce-back year—but only compared to last year. In New York’s Peconic Bay, the area in between the two land forks at the far end of Long Island, the news is far worse.

Peconic Bay scallops are renowned throughout New York, retailing for near $30 a pound even locally. They’ve long been a prized and important catch, worth somewhere around $1.5 million each year, and are especially important for fishermen as winter approaches. But this year, reports Charity Robey at the New York Times, the scallops have almost entirely failed to show up.

A lack of empty shells, picked over by gulls, in the previous few months had alerted the New York fishermen that this year would be a grim one. But the degree to which the scallops have disappeared still seems shocking. Many fishermen did not even bother to go out on opening day of the scallop season; the few that did found the sea deserted of scallops, some even coming back with too few scallops to sell.

New York’s bay scallops have had a rough go of things lately. An influx of brown algae choked out the scallops for several years in the 1980s; even before that, a disease hit the eelgrass that provides the scallops with their preferred habitat. Since 2006, efforts from university projects have released farm-raised “seeds,” or young scallops, into the environment, which boosted the population for a while.

But now, according to one of those university researchers, there’s a bigger threat. Stephen Tettelbach has been intimately involved with the scallops for decades, and is looked to for information and advice by Long Island scallop fishermen. He told the Times that climate change, specifically rising ocean temperatures, is a major problem here. Over the summer, temperatures in Peconic Bay spiked far earlier than normal, prompting the scallops to spawn too early—and thus die before the harvest season begins.

In Massachusetts, the bay scallop harvest has rebounded from a truly awful 2018 season, but even that good news has to be tempered. Today, according to the Vineyard Gazette, a good year is only about a quarter the size of a good year a few decades ago.