This restaurant in rural Montana has become its own sort of agricultural destination. 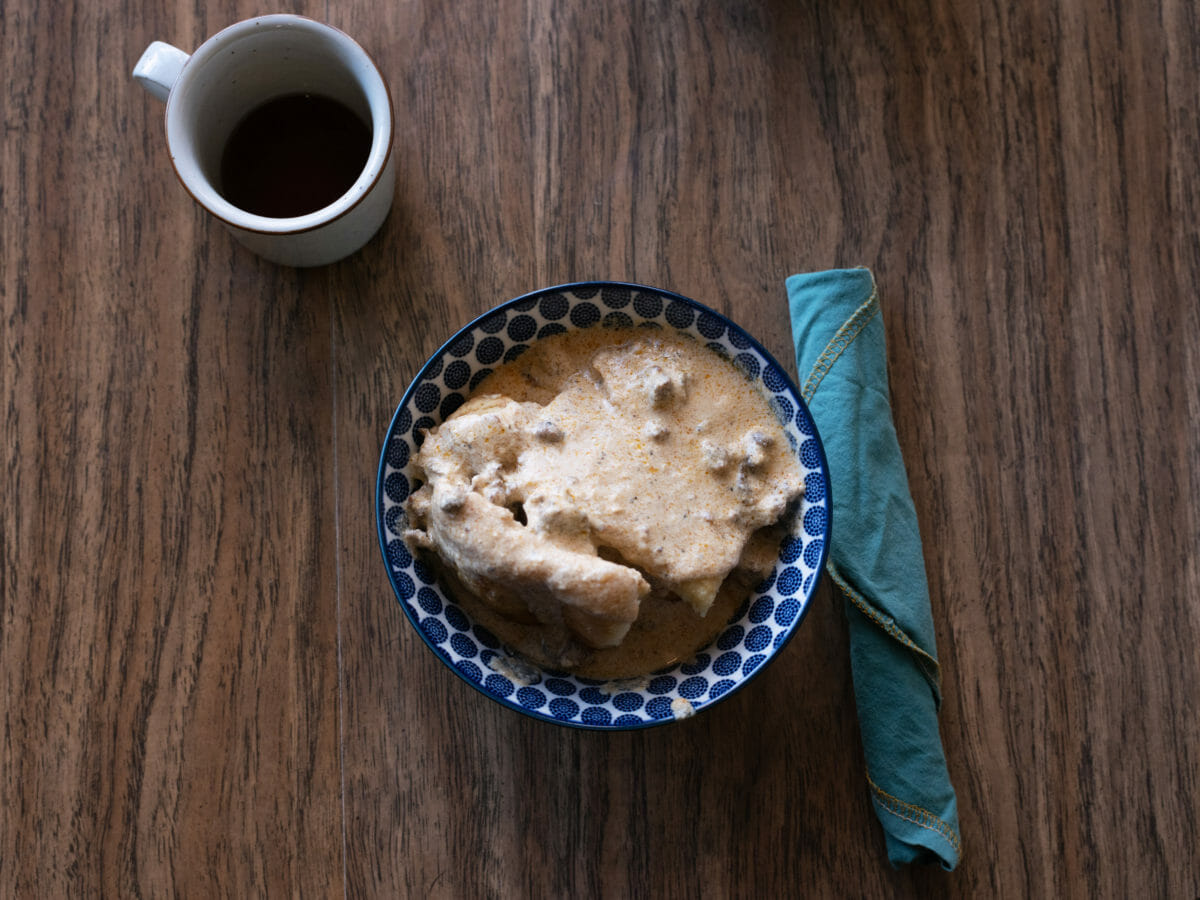 Regulars know to get to the Dixon Mercantile early before the biscuits and gravy sell out.
Photography by Brandon McMahon
Share
Tweet
Pin
Email
187 Shares

It’s not fair to call Dixon, Montana a one-stoplight town. It has no stoplights; in fact, its entire surrounding county can’t claim one. Dixon’s population just clings to the edge of 200 people, making it a small town even by vast-sky, open-road Montana standards. It’s a small pin on a big map, poked in the heart of the Flathead Indian Reservation, hugging the Flathead River with views of the National Bison Range. Dixon is either an unlikely or a completely logical place to open a farm-to-table brunch restaurant, depending on your perspective.

The naysayers could point to Dixon’s small, rural, low-income population, where close to a quarter of residents live below the poverty line. One post office and two bars comprise its main strip, and you could easily count more sheep than people as you approach it after turning off of Highway 200. But Laura Shannon sees it differently. She bought a 106-year-old building on Craigslist more than a year ago, and she has been running it as a thriving brunch cafe called Dixon Mercantile since. If you want to serve fresh food, she says, you can’t do better than having farmers for neighbors.

“I have an older rancher down the street who trades me meat for free meals. He’s the one the waffles [are] named after,” Shannon says, gesturing to the menu’s Jerry’s Very Berry waffles. “He grew up in this building.” 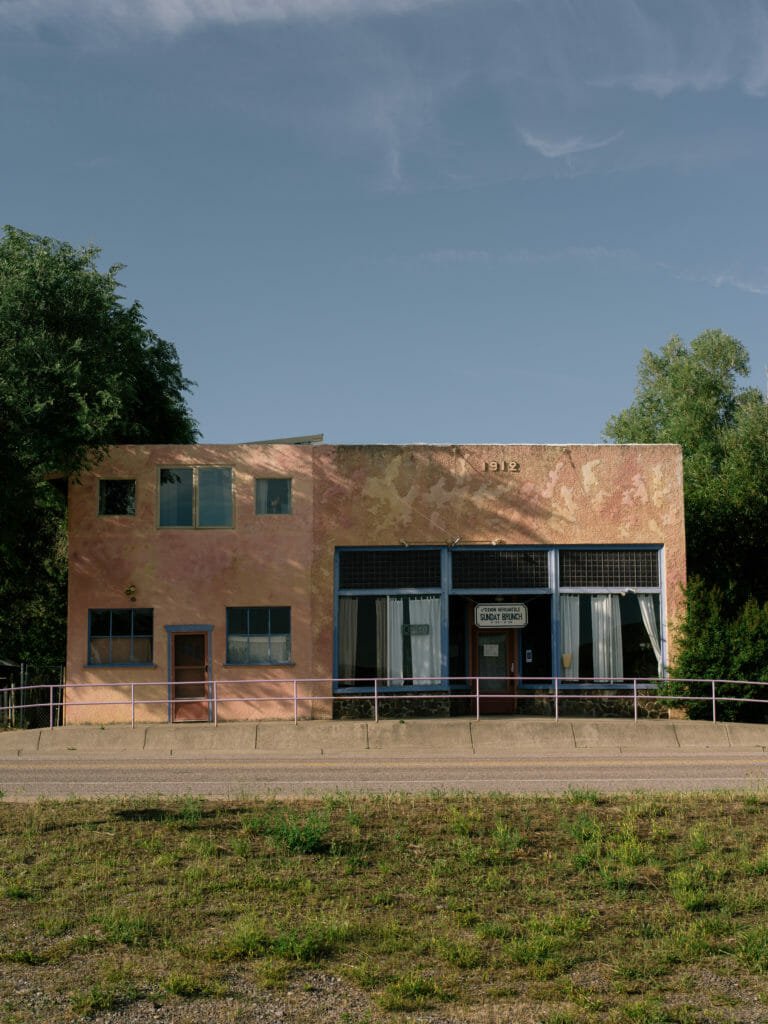 Shannon worked in farming and had plans to homestead before she and her boyfriend, Cooper Malin, saw the building for sale. They hoped it could be a place for her to sell her specialties—sourdough breads and pies—but Dixon Mercantile has since turned into its own sort of agricultural destination. Nearly every employee of the Mercantile works on a farm, has parents who farm or both; some of the suppliers whose ingredients grace the chalkboard menu also work at the Mercantile. But you won’t find a conspicuous list of “farm partners” or prices to reflect that. Brunch entrees typically don’t exceed $9, with many in the $4-$8 range.

“It doesn’t make sense that the closer the food is the more expensive it should be,” Shannon says. “It is very important to me that everybody, regardless of where they’re from, can come here and find something to eat.” 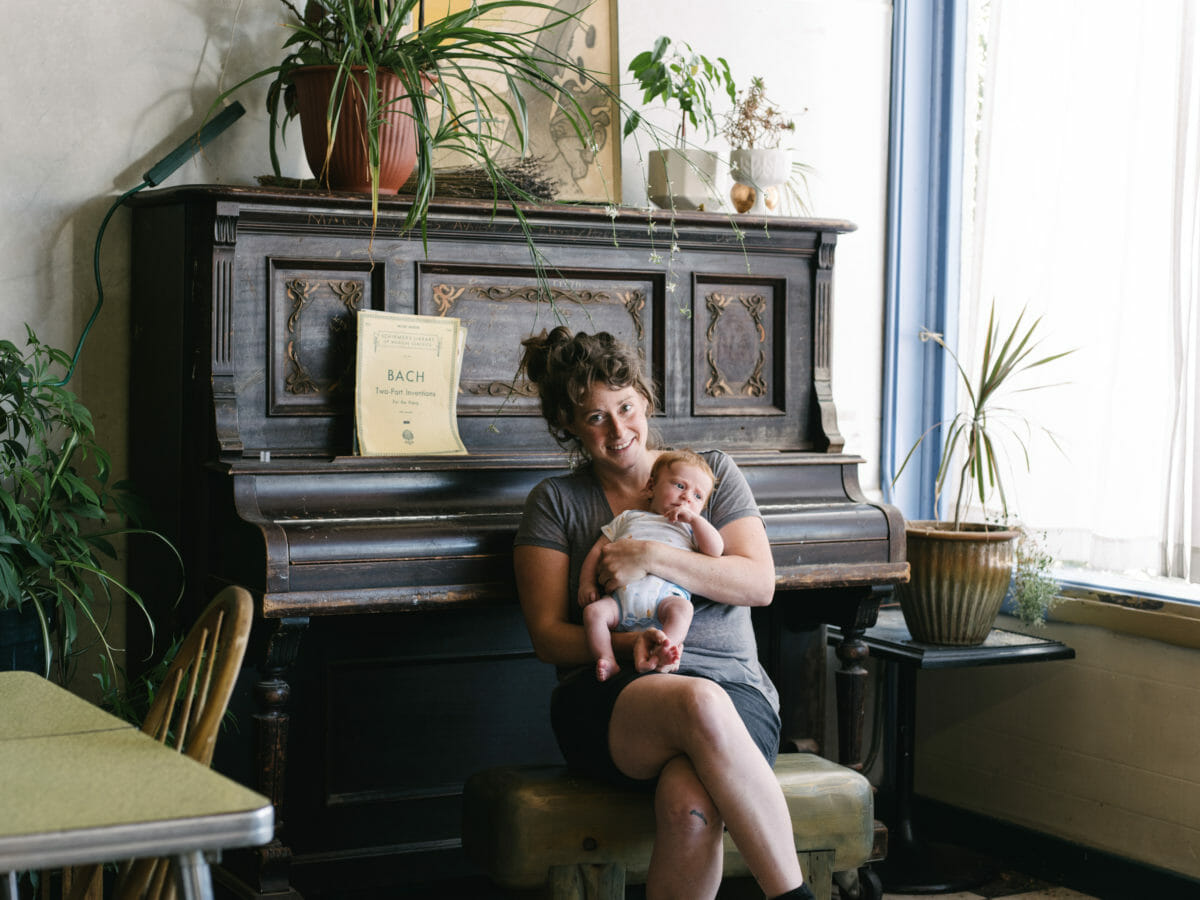 Owner Laura Shannon and her son Arlo sit in the restaurant. Photo by Brandon McMahon

Roughly half of the Mercantile’s customers are Dixon residents; the rest make the 40-minute drive from Missoula, lured by the perfectly scored sourdough loaves and the sunset-orange egg yolks they’ve seen on the restaurant’s Instagram account. Lines begin forming outside Dixon Mercantile before its doors open for Sunday brunch at 9 a.m., as regulars know to come early before the biscuits and gravy sell out.

The restaurant recently added Saturday brunch service, doubling its business hours to two days per week. On a recent Sunday, an up-tempo band played in a corner, a wood stove and mismatched mugs of piping coffee warmed cold hands, toddlers careered past tables, and haphazard spider plants soaked up the steely morning light beaming through the windows. 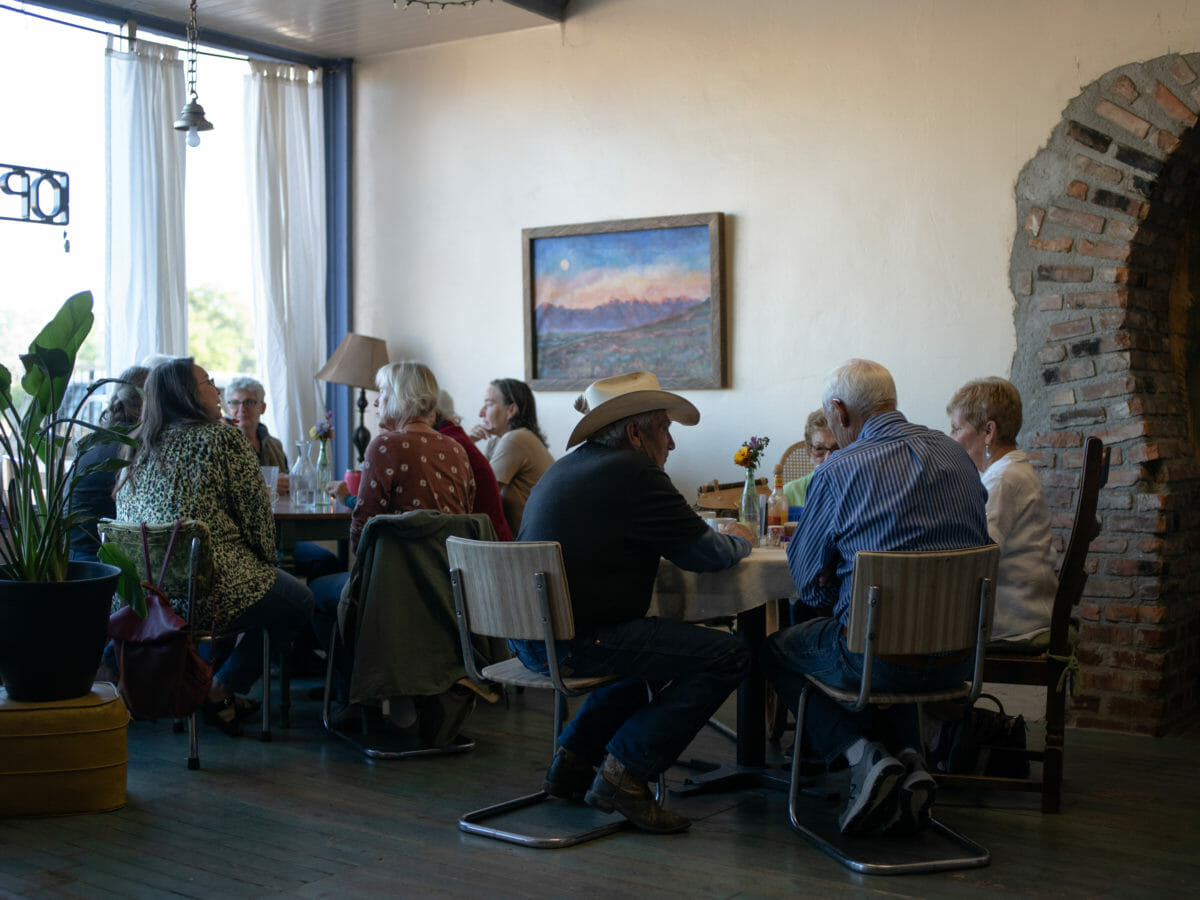 The Sunday morning crowd chows down at the Dixon Mercantile. Photo by Brandon McMahon

“People come from Missoula and tell me all the time ‘You need to charge more for your food.’ And I tell them no,” Shannan says. “We could, I think. But it’s a big deal here that we don’t. It’s just serving and eating good food.”

Really glad you found this place! We live a bet west of Dixon, in Idaho along 200, and LOVE that they’re on the map. Another similar operation is closer to us – the Pack River Store in rural Bonner County ID. Worth a look also!

My best to Dixon Mercantile. Maybe I’ll get up there some day.

This sounds like such a lovely place to go to!!

This is such a warm welcoming place to eat a wholesome meal at. Bravo to Laura for following her heart!