Chinese rules are stricter than American rules, in some respects. 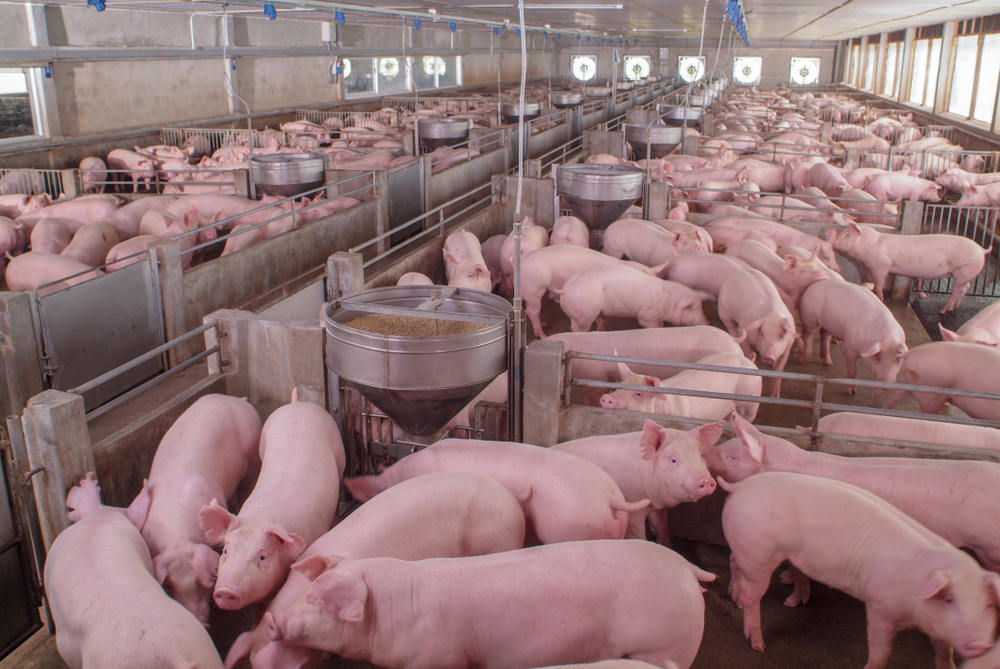 This week, Tyson Fresh Meats (a subsidiary of Tyson Foods) announced that the company will no longer use a certain feed additive in raising its hogs.

That additive, ractopamine, is fully approved for use in the United States, where Tyson is based. It’s a useful product, which speeds up weight gain and increases muscle size in hogs. But Tyson is joining other companies in leaving it behind not because the United States government says they must—but because another government did.

Ractopamine is banned in most of the world, including the entire European Union, Japan, South Korea, Russia, and, most importantly, in China. It’s associated with increased risk of physical illness in hogs, especially broken bones, cardiovascular problems, and “downer” hogs (so named for their inability to stand up). Animal rights groups, public health advocates, and many scientists in the US have argued for years that ractopamine is woefully understudied and that the things we do know about it are not encouraging.

In the past, the major pork-producing companies based in countries where ractopamine is legal, most notably Tyson (US) and JBS (Brazil), have had two supply lines. One, due for domestic use, uses ractopamine. The other, due for export to any of the many countries that have banned it, does not use ractopamine.

But there’s been a change recently. Smithfield has, since 2013, dialed back its ractopamine use; today, none of the hogs raised by its contract farmers are treated with it. Earlier this month, JBS announced that it will dramatically increase the amount of pork it raises without ractopamine, followed shortly after by this Tyson announcement. Why the recent change for these big companies?

China is by far the world’s largest consumer of pork, but its own pork production has been devastated by an outbreak of African swine fever. China has had to dip into its strategic pork reserves to keep its people fed. Partially as a result, China also relaxed some of the tariffs it instituted during the trade war with the United States. Among the notable exemptions to those Chinese import tariffs is, you guessed it, pork.

In other words, the world’s biggest pork buyer is hurting for pork, and newly open for business. So American (and Brazilian) companies are scrambling to make their wares acceptable for export to them—even if it means giving up a profitable, if controversial, booster. If the FDA’s regulation won’t ban ractopamine, it looks like the global marketplace is effectively doing that job for them.

I think it’s about time the crap that is used to artificially grow bigger animals, faster for just profit sake, should be banned. We consume these animals and ALL the nutrients AND unnatural additives they are fed. Big business doesn’t care about the animal, let alone the consumer. Mega-companies control almost all the poultry and pork production in this country, but they still put profit before a QUALITY, HEALTHY ANIMAL, AND SAFE FOR THE CONSUMER product.

Sounds like it’s time to do away with ractopamine altogether.

Is ractopamine A Steroid? I ask because it’s being used for weight gain and increases Muscle, I Do Not Understand How It Is That These Meat Companies Get Away With Doing This Kinda Stuff KNOWING WE EAT THIS MEAT AND ITS CONTAMINATED RACTOPAMINE TO WHICH I ASSUME IS A STEROID, What Is The Matter With These People, They Know This Stuff Is SUPER SUPER BAD FOR YOU ESPECIALLY IF ITS A STEROID? I Don’t Want To Be Eating That Crap!!, I Have No Need To Be Eating Pork THATS Been Fed Steroids All Of It’s Nine Month Life Span, The… Read more »

This a why I raise my own pork. It’s not that hard to keep a few pigs around and they are easy to butcher for the most part. Time to hit the auction for some
New feeders since the breeding season is over for me. I don’t like having to deliver babies in freezing weather.

Hope China will stick to its principle not to let pork containing this drug flow to its people, even under Trump’s blackmails.

Expecting good news from thanks