The film follows a family trying to reinvent a dairy farm in Ohio. 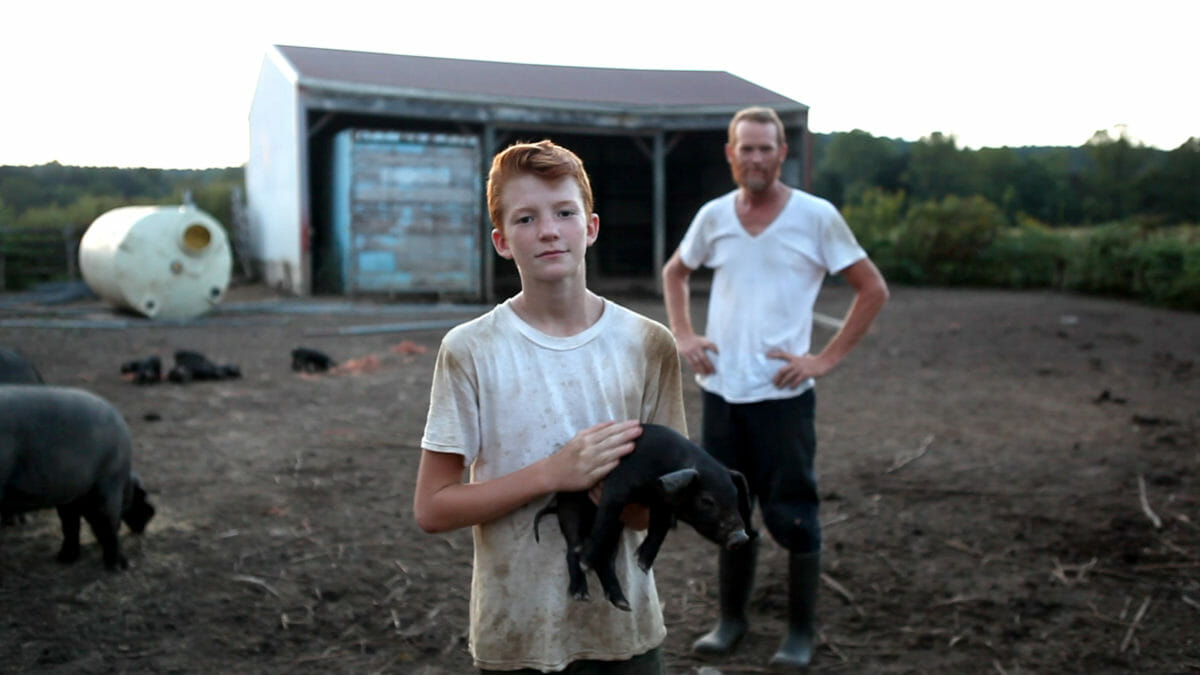 Nick and Celeste Nolan have risked everything.

A new documentary about the couple is set to premiere on PBS and provides an unvarnished look at the challenges of running a small farm.

Filmed over five years, “Farmsteaders” follows the Nolan family as they try to reinvent an organic dairy farm in Ohio. Nolan bought his family farm when his grandfather died. Since then, the Nolans have been doing all they can to keep the farm afloat while using sustainable methods.

The film doesn’t shy away from showing how hard it is to run such an operation. While the Nolans find happiness and meaning in what they do, they sacrifice a lot and work long hours.

“So many people connect to the idea of farming, but are not necessarily informed about some of the real struggles and hardships,” says Shaena Mallett, the documentary’s director.

Mallett grew up on a farm and left rural life behind to pursue a career in photojournalism. She says something always drew her back to farming and she soon found herself photographing farmers. 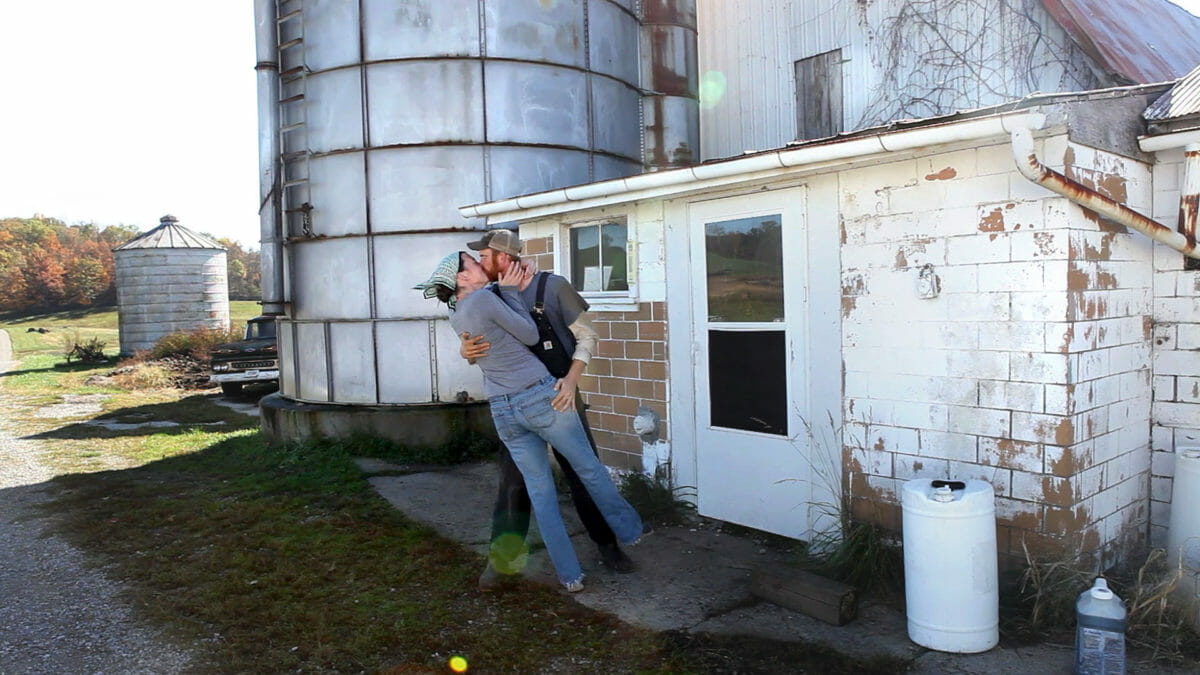 She first met Nick Nolan at a farmers market on a cold dreary day in February. Mallett had gone to the market to buy some groceries and Nolan was the only stall that had not moved inside. He had chosen instead to stand in two feet of snow and slush to offer passersby samples of his family’s cheese. Mallett noticed the farmer and felt like she needed to talk to him.

That moment sparked a friendship between the filmmaker and family that has lasted years. Mallett was immediately enamoured with the Nolans’ personalities.

“I was completely blown away by their ability and tenacity to find creative solutions to survive,” says Mallett, who is in the process of starting her own organic orchard and medicinal herb farm in North Carolina.

A few years later, she started filming them.

The film chronicles hard times the family goes through as they lose major customers and endure sleepless nights. But the film also tells a story of hope in the face of hardship.

Mallett says she hopes the film will make people ask questions about where their food comes from and help connect them to local food sources.

Mallett also bills the documentary as a love story—the love between Nolan and Celeste, but also their love for the land they farm.

“Farmsteaders” will premiere on Sept. 2 and will be available to stream online on PBS.

Although y’all face daily physical and financial struggles, I truly envy your beautiful intimate family life. I can only dream of having such a strong family dynamic. The way you all look and interact with each other is a thing of beauty. In so many ways, you are truly blessed. In some simple way, some day, I hope that I can ease your burdens. Sincerely. Annette Ferguson in San Antonio TX

Thank you to the Nolan’s. What an amazing documentary. Filmed in a very natural, heartfelt way. I enjoyed every sacrifice and moment of joy this family shared with us. Your hard work is appreciated globally. The more people who view this I think the better the understanding will become. God bless you all.

Love the family dynamic. It’s what we’re missing these days. Kids need both parents and to be able to play and learn valuable life skills and lessons at the same time.
Hoping your struggles ease…

I am a small farmer in southern coast of India. I also struggled alot in my life. Now with the grace of god, I am living good and happy.

Some people love the idea of a “family” farm but don’t know what has to be done in order to keep it running. Getting up before the sun to feed cows, cleaning out chicken coops, cleaning out the pig barn. Cutting and raking the hay. Lots of back breaking work for long hours on small income margins. I’m getting too old and tired to keep my place of 40 years running. Have 4 daughters that married and went to the city. Have a son that took a manufacturing job and worked his way into management, too good to leave. My… Read more »

We have a small sheep farm in eastern NC it’s hard also when you dont “come from land” I’m 52 and feel like I’m just getting started. By the time we are “set up” we will be too old to farm ..

Since you are into making cheese, why not add a few goats to the menagerie? Also, Chickens are easy to care for and will give you fresh eggs every day for those lovely growing children. The children can easily help with their care. You are certainly a dedicated farm family, That is very obvious. The danger is that you can become very depressed from the struggles, and can not see your way out of this downward spiral. Funds are limited, I can see, but why not take on a helper, in exchange for a place to live? We have such… Read more »

Farmers are like air and rain and sunshine … can’t survive without them. I love farmer markets… don’t need a fancy place to get my food. Wish all towns had two three farmers living in them.

Popular
The Fertilizer Shortage Will Persist in 2023Shea Swenson
7 Smokable Plants You Can Grow That Aren’t MarijuanaBrian Barth
Agricultural Runoff Pollutes Well Water, a ‘Public Health Crisis In the Making’Madison McVan, Investigate Midwest
Move Over, Mezcal. A Sustainable Tequila Alternative Is Taking Over.Hollie Stephens
Why Don’t We Eat Turkey Eggs?Dan Nosowitz
Explore Modern Farmer
Related
Features, Food Security, Labor
The Rise of Virtual Farmers MarketsLeah Borts-Kuperman
Environment, Labor, Water
California Farms and Farmworkers Attempt to Recover From Record FloodsNaoki Nitta
Books, How-To, Lifestyle
How to Turn Your Garden Into a Business, No Matter the SizeEmily Baron Cadloff
MTMF, Plants
This Modern Farmer Wants You to Grow a New Potato StrainBevin Cohen
wpDiscuz
We use cookies on our website to give you the most relevant experience by remembering your preferences and repeat visits. By clicking “Accept”, you consent to the use of ALL the cookies.
Cookie settings ACCEPT
Privacy & Cookies Policy