Sriracha And Its Pepper Farmer Are Mad At Each Other 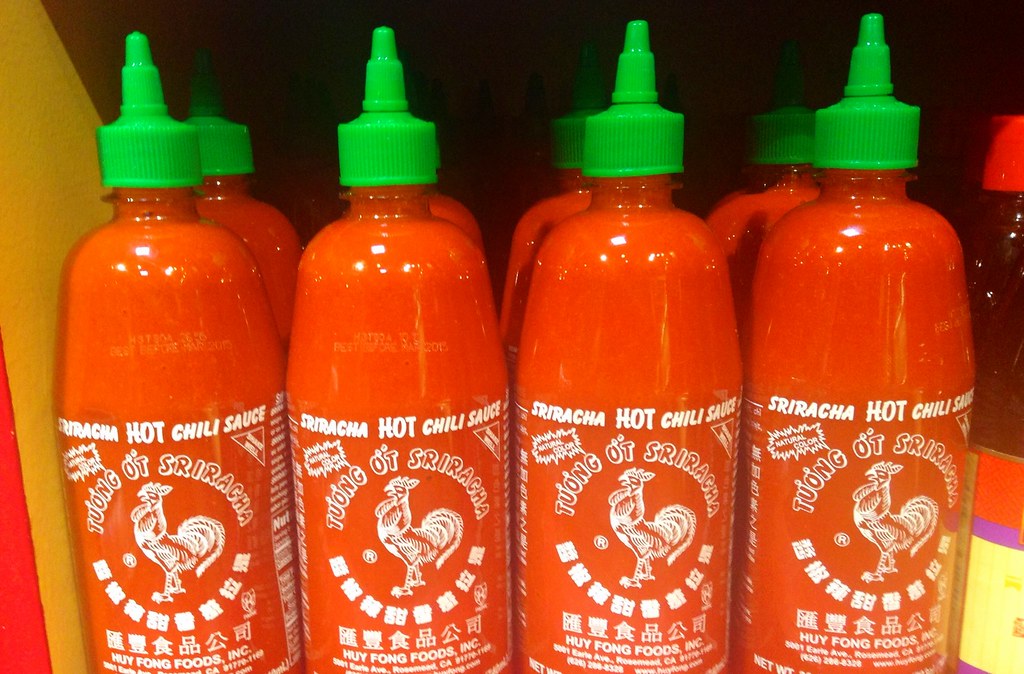 For decades, the iconic Huy Fong Foods sriracha—the one with the rooster on it—was made with red jalapeños sourced from the same farm.

Sriracha is technically a type of Southeast Asian hot sauce, but when Americans think of it, they tend to think of Huy Fong Foods’s sriracha, the rooster-emblazoned Californian sauce. The most important ingredient in any hot sauce is its chile peppers, and Huy Fong Foods sourced its peppers from the same Ventura County, California farmer for decades. Note the past tense on that one.

But in 2016, Huy Fong overpaid Underwood, to the tune of $1.46 million. According to Underwood’s lawyer, Tran attempted just before this to hire away Underwood’s COO in order to form a new chile-growing concern, breaking the trust between Tran and Underwood. Huy Fong sued Underwood for not paying back this overpayment; Underwood countersued for an illegal breach of contract.

The case was decided generally in favor of Underwood, with a California jury awarding Underwood $10 million in punitive damages and $14.8 million to make up for the years of lost contracts between 2016 and now. The jury also, however, decided that Huy Fong’s claim of the failure to repay was also valid, so $1.46 million was deducted from those damages.

Underwood Ranches is the country’s largest supplier of fresh jalapeños, and also happens to be conveniently located close to Huy Fong Foods’s production facilities. The hot sauce maker will presumably have to find new suppliers to make up for the loss.

Oh for Pete’s sake. Having the red rooster with my homemade taco’s and stir fry is darn near a religious experience. Work it out for cryin’ out loud.

Tapatio and Cholula both thinking as they slowly rub their hands together…”Soon, very soon”

So, Who’s going to really lose out? The manufacturer will end up going to get their peppers elsewhere. Because of the prices of American goods, it’s not likely the farm won’t get a new contract.

The good news is that we probably will still see the red rooster on the shelves, but it’s sad to see good relationships end like that.

You write exactly like a person who would say that. 🙂

There are 2 issues. 1. Overcharging by Underwood. 2. Tran trying to hire away a key employee of Underwood. The court decision was just and answered both issue.

There is every good reason for a pepper sauce brand located overseas to buy and make its pepper sauce in America. Given the popularity of Asian and Meso-American cuisine in the United States, it is likely that a premium quality crop from a reputable grower would enjoy a high-wire performer’s celebrity as long as they were the creme de la creme.

Just another Trumpite with no grasp of plate tectonics.

I see this all the time in the oilfield with these Vietnamese machine shops making low cost parts for MWD component suppliers and then after a while they go after their customers customers to squeeze out the guys that got them into the oil business in the first place.

Just go on over to pepperpalace.com and get their Red Eye Rooster Hot Sauce and avoid the drama as well as a better tasting better quality sauce with no addatives or preservatives!