Invasive Pears Are Becoming A Problem

Yes, pears. And you can’t even eat these ones. 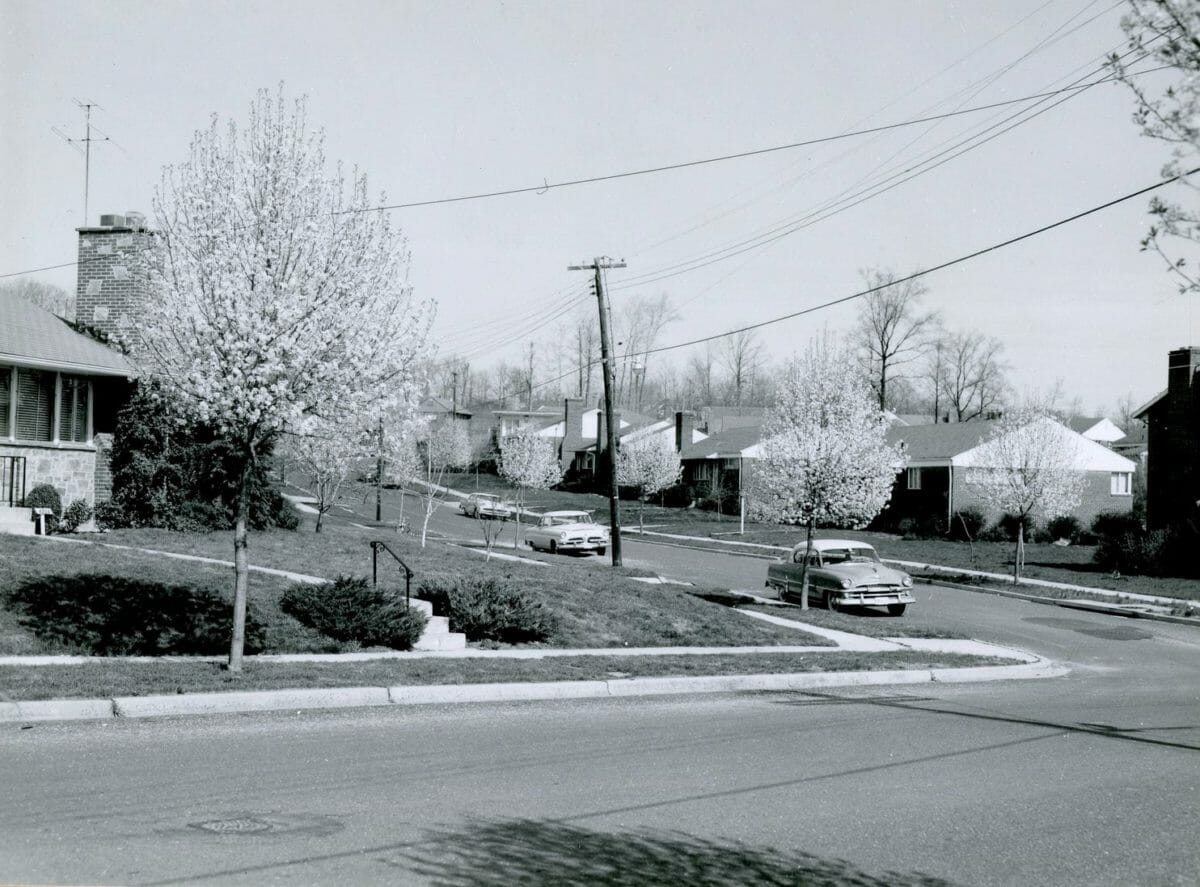 When you think of invasive species, you may conjure images of the cane toad in Australia, ugly draped kudzu all over the American South, or ominous flocks of European starlings.

The Callery pear probably doesn’t feel quite like other invasive species. It’s a beautiful pear tree, with a near perfect “lollipop” shape (robust on top, few low branches), lovely white flowers in the spring, and a deep, luscious red color change in fall. But this tree doesn’t belong in the Eastern United States, and some scientists are worried about it.

A new presentation from University of Cincinnati biologist Theresa Culley highlights how this pretty pear tree has become an increasingly concerning invasive species. The Callery pear—one variety in particular, usually called the Bradford—is a medium-height pear tree, reaching about 25 feet tall. It’s native to Southeast Asia but tolerates cold well, and its prettiness, fast-growing pace, and weather tolerance made it a favorite ornamental tree beginning in the mid-1960s. Lady Bird Johnson was a major force in promoting it, planting some in Washington, DC starting in 1966.

The tree produces lots of fruits, but they’re small and inedible for humans (though a few birds will eat them). But despite being able to handle American winters, the Callery pear is fairly short-lived for a pear tree, and becomes more and more fragile as it ages. After a little while, a good hard storm can split the tree, sending it toppling onto houses, cars, and people. So scientists crossbred it to make it sturdier, and by the mid-1970s, these new pear trees were planted widely across the United States.

The new Callery pears were tougher, bigger, produced more fruit. They set incredibly deep roots that are exceedingly difficult to dig up. They flower and produce fruit quickly, at a young age. They thrive in just about any soil and climate. And they out-compete native, or at least older, plants.

The Callery pear is now taking over from the species that are struggling—like ash trees, which are dying due to the (also) invasive emerald ash borer. There appears to be nothing that can really harm them. “These trees were introduced with the best of intentions,” says Culley in a press release. “They’ve sort of gone crazy now and we need to deal with it and learn from our mistakes.”

If you’ve ever walked by some pretty trees and noticed a REALLY AWFUL smell, those are Bradford Pears. They are, without a doubt, the worst tree.

I started grafting disease resistant edible pear varieties onto wild callery pears springing up around my Northern Kentucky property. Have to stay on top of suckers for a while, but the grafts (both Asian and European) have really taken off on the established “rootstock.”

My husband and I flew to North Carolina in March, right when the Bradford Pears were in bloom. As the plane approached the airport we looked down at acre after acre of these trees in bloom. North Carolina is going to lose a lot of its native flora if folks don’t take steps to control this tree. And yes, Kim is right, they smell dreadful.

“Yes, pears. And you can’t even eat these ones.”

But can we ferment them? 😉

i have a pear tree in my front yard, don’t know what kind, but it gets alot of pears on it. I don’t eat pears and i don’t know if these are edible, but the deer love them. i’m in West Harrison, IN. not too far from Cincinnati. Is there a way to tell what kind of pear tree i have?

My town planted them everywhere but won’t take responsibility when they cause damage also if you get caught cutting them back from your home it’s vandalism and destruction of town property. The one in my neighbors yard took out their power line and damaged the roof the town took no responsibility made the neighbor pay for and fix it. Not to mention yeah the blooms are gorgeous but only for a few weeks then you’re left with brown petals everywhere especially stuck to cars causing rust Palmyra ny. Long story short if they’re going to plant fruit trees everywhere that… Read more »