As the government shutdown stretches towards a month, the announcements of exactly what’s going on become more and more disturbing. 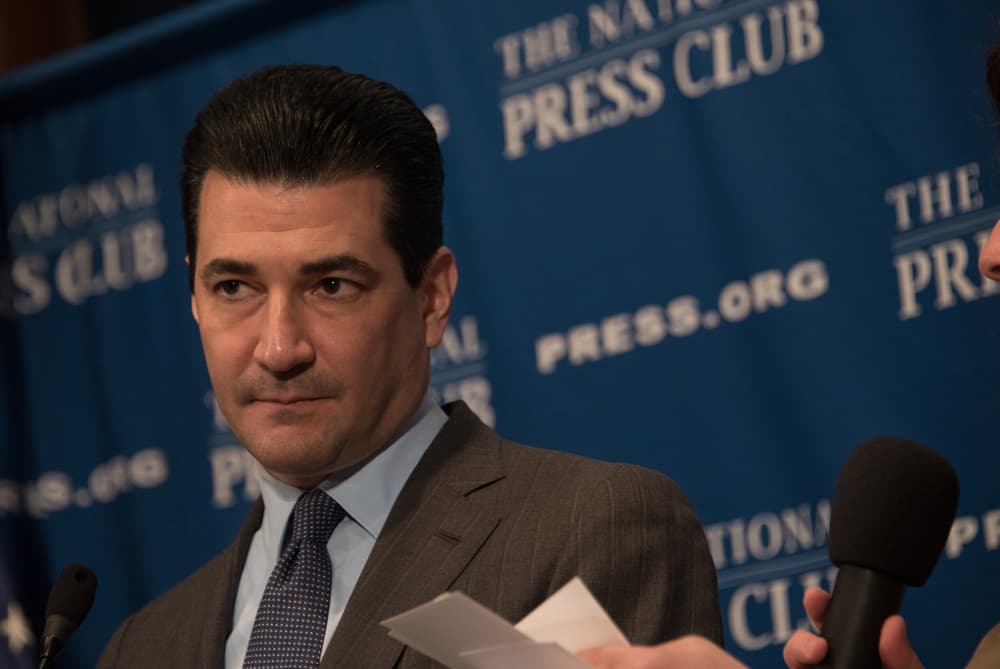 Each individual government department, and sometimes individual program, has different sources of funding: congressional appropriations, essential services funding, direct payments from the industries served. We’ve written about what’s ongoing and what’s shut down (or a combination thereof) in the food and agriculture industry, but the FDA’s chief, Scott Gottlieb, announced this week something new: routine inspections have been shut down.

Food inspections are not carried out by one organization. The USDA handles meat, poultry, and eggs; according to an operations plan from the beginning of the shutdown, those inspections will continue, as they’re considered essential services. But you’ll notice that meat, poultry, and eggs are not a complete list of foods produced by this country, and it’s the FDA—not even under the same umbrella as the USDA—that handles all of the rest, some 80 percent of the country’s food.

Gottlieb tweeted out some explanation for what’s going on at the FDA.

The FDA typically, he said, inspects about 160 domestic food facilities in a given week. Imported foods are still being inspected, but routine inspections of domestic have not been scheduled:

We didn’t cancel inspections but it’s true we didn’t schedule any for this week. All domestic inspections are unannounced. So as we worked through excepted activities, none were scheduled this week as we didn't know where they'd fall on the “ok to do” list. We’ll resume next week

Gottlieb did not specifically say that inspections have been shut down; instead he noted that “we’re working to continue those inspections,” and that “they should resume next week.” He wrote: “We’re taking steps to expand the scope of food safety surveillance inspections we’re doing during the shutdown to make sure we continue inspecting high risk food facilities. 31% of our inventory of domestic inspections are considered high risk.”

Gottlieb further wrote that, while high-risk inspections will be resumed next week, “low risk surveillance inspections, however, will be stopped.” He elaborated that the first week of January is usually a slow week anyway, and that only “a few dozen” inspections would have been done last week, when zero were done. This has led some outlets, like Vox, to, bizarrely, declare that “less than half a percent of total annual inspections have been interrupted.” This is…sort of true? But there isn’t really any point in talking about annual inspections, unless people buy all their year’s food on the same day. It would also be accurate to say that “100 percent of last week’s inspections have been interrupted.” More accurate, actually.

It’s worth noting that the FDA’s food safety techniques have been found by the government itself to be inadequate, even at 160 per week. There are roughly 20,000 facilities in the country classified as high-risk; the FDA doesn’t look at even half that many each year.

In what does not feel like a coincidence, just after these revelations, the CDC announced that last fall’s romaine lettuce outbreak is officially over, and the FDA said that it was continuing its investigation into the contamination, which sickened 62 people across the country.

It’s nearly impossible to find experienced people on this topic, however, you seem
like you know what you’re talking about! Thanks

I can’t help hoping Trump and McConnell get food poisoning.

This is absolutely glorious. It’s about time we stop depending on the government (especially the feds) for all of the services which they are not authorized to provide and only do a poor job of at best. Now is the opportunity for private companies to step up and show that they can provide far superior services and we can shut down all these nonessential government agencies. The farm bill was another travesty spending nearly a trillion dollars of taxpayer extorted funds to give handouts to corporate farmers

Related
Food & Drink
Emails Show FDA Chemists Have Been Quietly Finding Glyphosate in FoodDan Nosowitz
Food & Drink, How-To
Dear Modern Farmer: Is It Legal to Sell My Extra Raw Milk?Kristen Ploetz
Food & Drink
Cuties, Pixies, Delites: How Marketing Rebranded a FruitKristan Lawson
Food & Drink, Lifestyle
Farm to Dog Dish Raw Food Co-OpsSheila Pell
wpDiscuz
We use cookies on our website to give you the most relevant experience by remembering your preferences and repeat visits. By clicking “Accept”, you consent to the use of ALL the cookies.
Cookie settings ACCEPT
Privacy & Cookies Policy