Not Sure Why Your Houseplants Keep Dying? Ask Someone Who Keeps Hundreds in Her Apartment 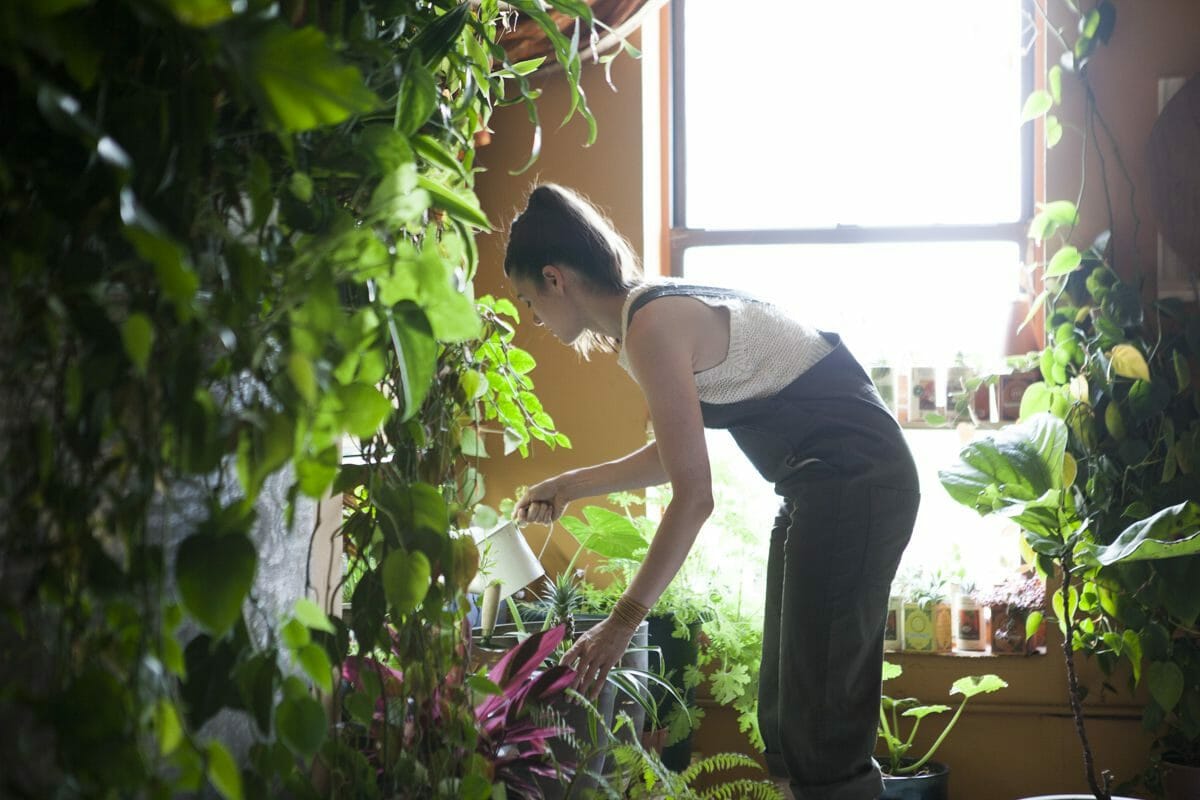 Trendpieces have pegged houseplants as a blossoming trend among millennials. (At the very least, it’s a more visible trend than before, thanks to self-branding and social media.) But gardening of any sort is not immediately easy, and houseplants can be tricky. So why isn’t there a better way to learn how to care for plants?

Summer Rayne Oakes, a model and entrepreneur, has all kinds of projects – a diet program to reduce sugar intake, sustainably sourced textiles – but it was her 700-plus-strong collection of houseplants in her Brooklyn apartment that inspired one of her latest endeavors, the Houseplant Masterclass. After we covered her lush loft, Oakes began to get more inquiries than she could handle. “What’s wrong with my fig, or why does this plant have droopy leaves, or can you tell me what this plant is,” says Oakes. “I was getting all sorts of questions, but a lot of them were similar.”

There are no shortage of guides for gardeners, from decades-old books to Wikihow articles. But Oakes saw a gap in the market for the particular brand of houseplant-keeping she does: jungle-like, designed for small spaces, unconventional containers, and often in environments like apartments that have limited light. “If you want to actually learn about gardening or plants, typically it’s outdoor plants or flower arranging or something like that,” says Oakes. After her apartment began attracting attention, Oakes decided there was a place in the market for something else.

Her Houseplant Masterclass, which already achieved its goal on both Kickstarter and Indiegogo and is still in the works, is aimed specifically at young, urban dwellers who can’t figure out why their pothos clipping isn’t forming roots, their peace lily is drooping, or their rubber tree is shedding leaves. Oakes had previously given classes at Brooklyn’s Chelsea Garden Center, but saw an opportunity to reach those who don’t have as much access to houseplant education as there is in New York (where startup The Sill gives classes), or in Los Angeles.

The Masterclass will be a series of videos – Oakes calls it an “audiovisual experience” – that’s aimed not so much at answering specific questions. “I want, eventually, for people to be able to think like a plant,” she says. It’s less about individual needs (“What plant works best in this corner of my living room?”) and more about learning the patterns behind houseplant care. The aim is to teach people to understand their plants: when a leaf yellows, what does that mean? What about a mushy stem, or a sudden influx of flies?

There’s no shortage of subjects. Oakes says she’ll include videos on recognizing plants, on potting and repotting, on propagating, analyzing issues, and even styling and placement.

Oakes has been working on the project all summer and aims to begin releasing the series this fall, though she hasn’t announced pricing or exact dates. (one of the rewards of the fundraising campaigns give early-bird backers an October 2018access date, and the art is coming along.) She also hopes to also produce a coffee-table-type book if the response is enthusiastic enough.