The coveted - and delicious! - recipes of the Soil Sisters' annual summer get-together. 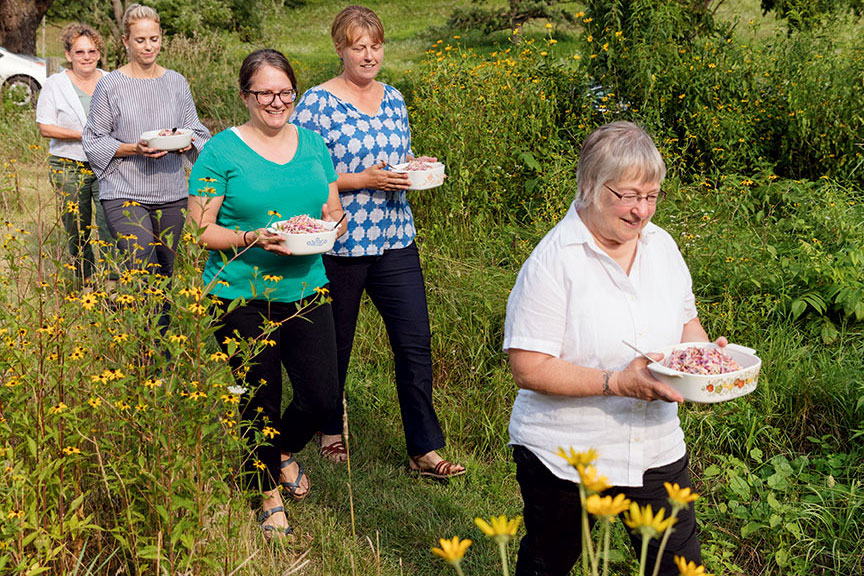 Volunteers shuttled the dishes between the kitchen and barn, where the dinner was held.
Photography All photos by Cedric Angeles
Share
Tweet
Pin
Email
249 Shares 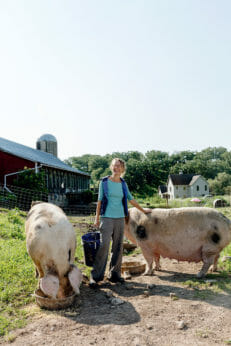 And though the focus may be on producing food, attendees also get to consume plenty of it – especially during the Saturday-night feast at April Prusia’s heritage hog ranch. Last August, Prusia called upon her own pastured pigs for slow-cooked pulled pork and served classic sides, including slaw and potato salad, that highlighted fellow Soil Sisters’ harvests. Other members of the gang pitched in with an appetizer and dessert. “We have an amazing network of women here, who help each other succeed,” says Prusia. “Good energy just keeps radiating out.” Here, we share some of those recipes. And if you haven’t yet read our feature on the Soil Sisters – well, what are you waiting for?! 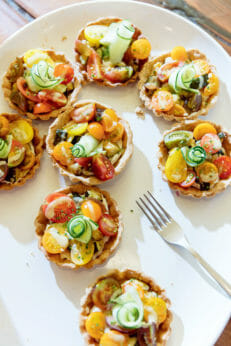 Lori Stern, owner”“pastry chef of Cow & Quince, hit up the farms of Soil Sisters Lauren Rudersdorf and Bethanee Wright for the produce that distinguishes these small savory tarts. “We spend 95 percent of our food dollars within 50 miles of our restaurant,” says Stern. 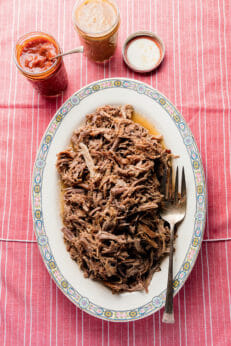 “This is a simple recipe that demands quality meat,” says April Prusia, who slow-roasted pork shoulders from her own heritage pigs. If you like your pork extra-saucy, double the recipes below.

BBQ Zing Sauce: In a medium pot over medium heat, combine 1 large chopped tomato (about 1 cup); 3 tablespoons each ketchup and apple-cider vinegar; 1 tablespoon plus 1 teaspoon freshly grated ginger; 1 tablespoon honey; 1 to 2 cloves garlic, mashed with a pinch of salt to form a paste; 1 tablespoon chopped sweet onion; ½ tablespoon molasses; 1 teaspoon tamari; and ¼ teaspoon cumin. Simmer until reduced and thickened, stirring occasionally, 20 to 30 minutes. For a silkier sauce, transfer the mixture to a blender and process until smooth. Serve warm with Pulled Pork. Makes about 1¾ cups. Any leftover sauce can be refrigerated for up to 2 weeks.

Fresh Rhubarb Sauce: In a medium pot over medium heat, combine 1 pound rhubarb, trimmed and diced (about 2 cups); 1 tablespoon apple-cider vinegar; 1 tablespoon sorghum; 1 tablespoon maple syrup; 1 tablespoon honey; ½ tablespoon molasses; 1 teaspoon tamari; and a pinch of ground cloves. Simmer until reduced and thickened, stirring occasionally and mashing rhubarb with the back of a spoon as it softens, 20 to 30 minutes. For a silkier sauce, transfer the mixture to a blender and process until smooth. Serve warm with Pulled Pork. Makes about 2 cups. Any leftover sauce can be refrigerated for up to 2 weeks. 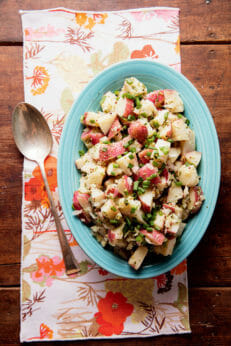 Pickled Mustard Seeds: In a pint canning jar, combine ¼ cup each yellow and brown mustard seeds, 1 tablespoon honey, and enough apple-cider vinegar to cover. Shake jar vigorously and store in the refrigerator, adding more vinegar as needed to keep seeds covered, for at least 2 days before using. Makes about 1 cup. Any leftover condiment can be refrigerated in an airtight container for up to 6 months. 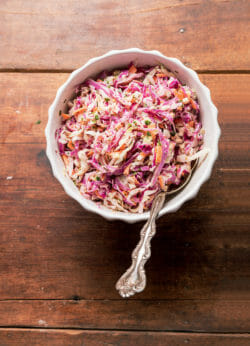 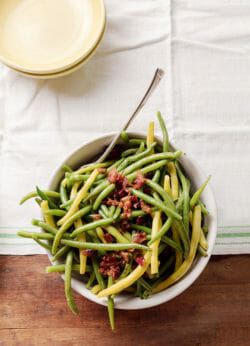 Prusia sends her pork bellies to Hoesly’s Meats, a family-owned butcher shop nearby, for smoking and curing. The bacon she gets back gives this side dish all the right stuff – namely, fat, salt, and smoky flavor. 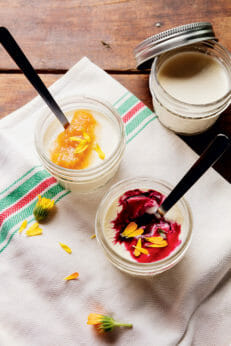 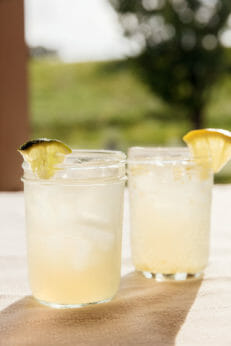 To replicate the event’s signature Ginger-Kombucha Fizz, mix equal parts kombucha (such as GT’s Enlightened Organic & Raw Kombucha in Original) and spicy ginger beer (such as Reed’s Extra Ginger Brew). Serve over crushed ice with a lemon wedge, adding a shot of vodka, if desired. 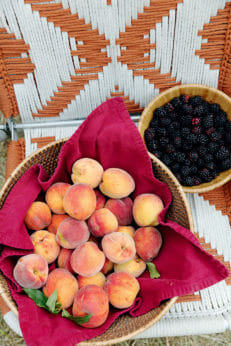