Neonicotinoid Pesticides May Be Addictive to Bees - Modern Farmer

Neonicotinoid Pesticides May Be Addictive to Bees

The similarity between "neonicotinoid” and "nicotine” isn't a coincidence. 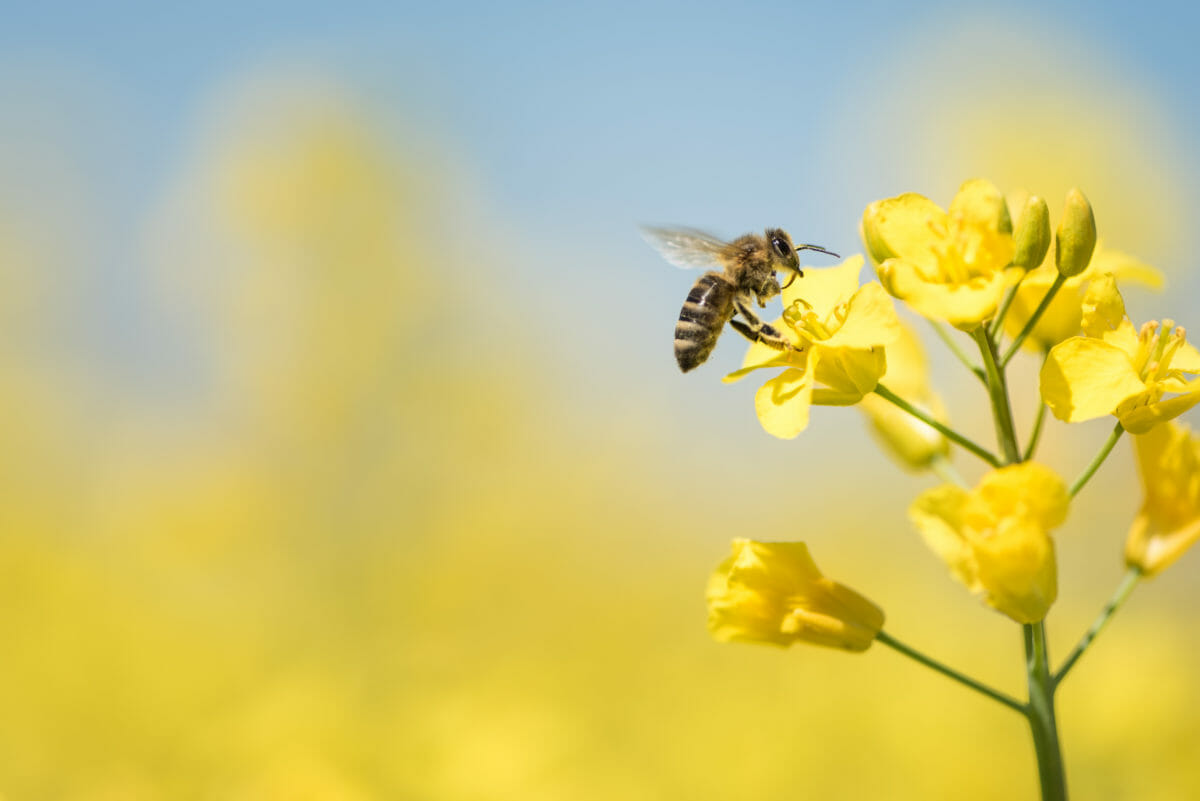 Neonicotinoid pesticides have become a major enemy of environmentalists worldwide thanks to research indicating they’re toxic to vital bees, leading to, just, for example, a near-complete ban in the European Union and a truck full of dead bees being delivered to the EPA. New research suggests that the pesticides aren’t just harmful to bees, but also might actually be addictive.

The new study, from researchers at Imperial College London and Queen Mary University of London, tracked ten bee colonies placed within foraging range of multiple feeding sources: some feeders were treated with neonicotinoids, and some were clean.

The bees initially preferred the untreated feeders, but, upsettingly, once they started feeding on the neonicotinoid-treated food, they kept going back for more. The researchers even changed up the positions of the feeders to make sure the bees didn’t simply prefer one location over another, but nope: the bees would seek out the pesticide-treated food, wherever it was.

This is an important bit of research for a bunch of reasons, one of which being that it more accurately represents the actual way bees live in the wild. Out in fields and forests, bees don’t exclusively have neonicotinoid-treated flowers to feed on; they have some treated plants and some wild untreated plants. This research suggests that simply planting untreated wildflowers may not be enough: once bees taste that sweet poison, they can’t stop.