In A Record Year, Almond Growers Are Nervous

The price of American almonds is dropping dramatically. 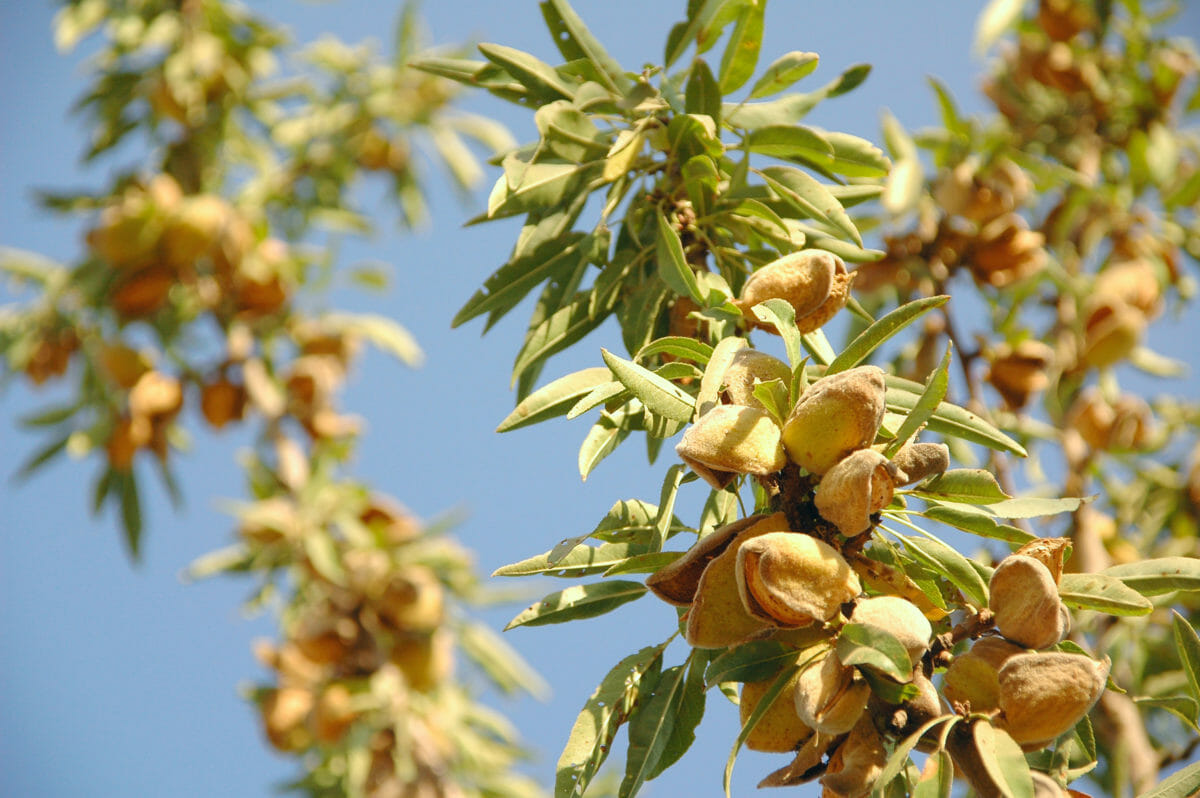 Almonds, overwhelmingly grown in California, are a fast-growing crop (meaning the industry is rapidly expanding – not that the actual trees grow quickly). This year, an estimated 70,000 more acres of land were dedicated to almond groves, and the favorable weather has created a bumper crop. All of this would be great… If only we could sell them.

The Wall Street Journal reports that the price of almonds has dropped more than 10 percent over the past two months. Demand for almonds remains high (despite a debate over whether almond milk, a significant product of the industry, can be called “milk”), but the prices ran headlong into two major problems. First, the crop this year is estimated to be a record, with projections putting the 2018 harvest at 2.45 billion pounds. That’s up 7.9 percent over last year, potentially the largest recorded almond crop.

Abundant supply always has a dampening effect on prices, but a more artificial issue is also pressing. And you guessed what it is: Chinese tariffs.

The U.S. produces about 80 percent of the world’s almonds, and exports most of them. The biggest buyers of American almonds are, in descending order, Spain, India, China, and Germany. Knowing how important crop almonds are to California’s (and America’s) economy, countries and international confederations like the EU have specifically targeted almonds for retaliatory trades, in response to Donald Trump’s own tariffs on foreign goods.

The EU, which counts Spain and Germany among its members, has a 25 percent tariff on almonds. India raised import duties on almonds by 20 percent. China imposed a 25 percent tariff on almonds of its own. That’s each of the top four import partners for this crop, all finding significantly higher prices to import American almonds than before. Expecting significantly fewer purchases from international buyers now that their price is higher, the overall price for American almonds has plummeted. And that’s bad news for American farmers.

Popular
How to (Actually) Get Rid of Fruit FliesEmily Baron Cadloff
7 Smokable Plants You Can Grow That Aren’t MarijuanaBrian Barth
How to Design a Moon GardenLindsay Campbell
The Unique Struggle of Running a Sheep Dairy in AmericaChristine Clark
6 Differences Between Llamas and AlpacasAndrew Amelinckx
Explore Modern Farmer
Related
Food & Drink
Why Seasonality Matters for CheeseHannah Howard
How-To, Plants
How to Preserve Your Own FlowersSophia F. Gottfried
Plants
Tar Spot Disease Is Plaguing Corn Fields Across the MidwestLindsay Campbell
How-To, Plants
How to Design a Moon GardenLindsay Campbell
wpDiscuz
We use cookies on our website to give you the most relevant experience by remembering your preferences and repeat visits. By clicking “Accept”, you consent to the use of ALL the cookies.
Cookie settings ACCEPT
Privacy & Cookies Policy