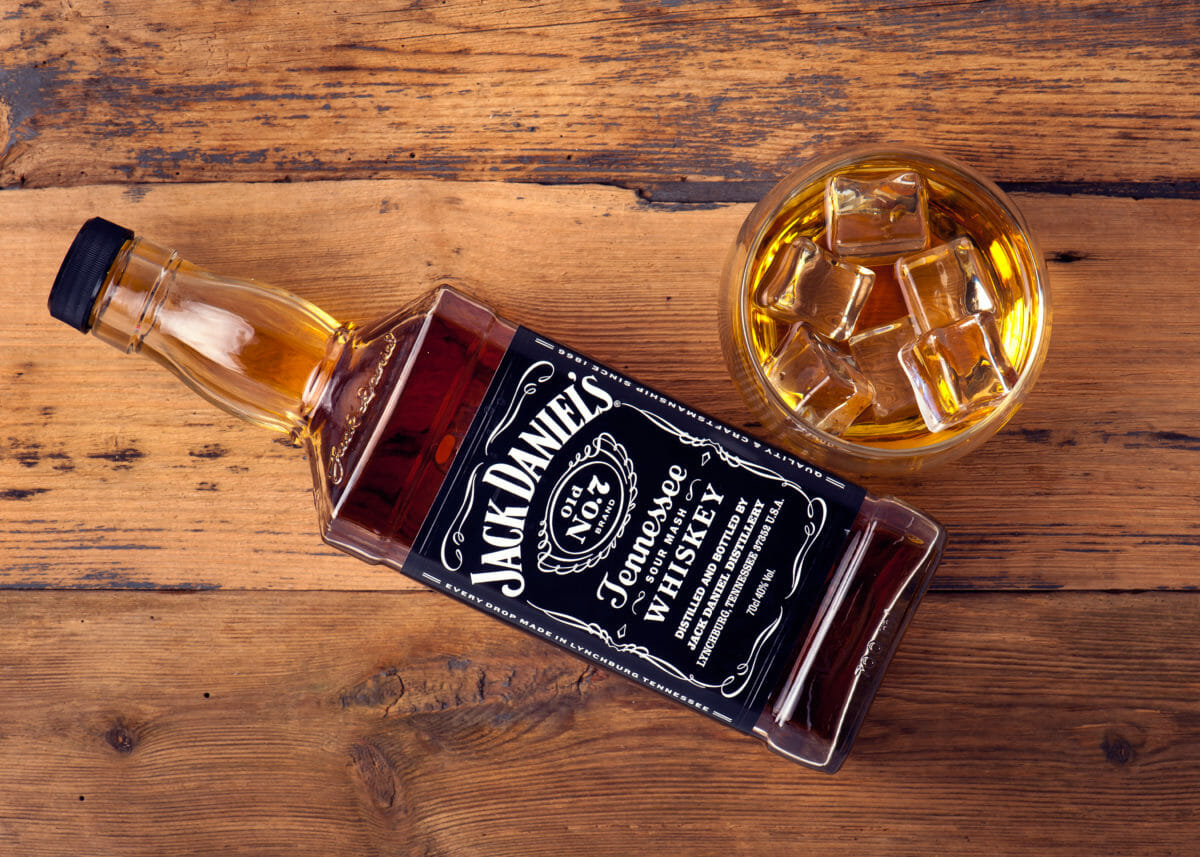 Jack Daniels is one of the latest American businesses to be affected by the trade war.
Photography By Jozef Sowa / shutterstock.com
Share
Tweet
Pin
Email

As a brief primer: During his campaign, Donald Trump promised to enact tariffs on various imported products and materials from multiple countries, with the idea that a tariff on these imports would increase their price enough to increase domestic sales. Despite widespread disapproval from economists, who saw the tariffs as provoking a trade war which would substantially hurt everybody, Trump enacted tariffs on steel and aluminum from Mexico, Canada, and the European Union, and has also announced tariffs on tens of billions of dollars of good from China. (The China tariffs, says Trump, are due to intellectual property theft.)

These countries, in turn, either imposed or announced retaliatory tariffs of their own, and the European Union and China, in particular, targeted American agricultural products. You can read more about these tariffs here.

Recently, some other news has broken:

Reuters reported that China has lowered tariffs on soybeans from five Asian countries (India, Bangladesh, South Korea, Sri Lanka, and Laos). This is a necessary move for China, as the United States had previously been its biggest international seller of soybeans – that is, until China announced tariffs on American soy.

Jack Daniels announced that the price of its whiskey will rise by about 10 percent in Europe. The European Union specifically mentioned bourbon in its list of American items to receive tariffs; it’s generally assumed this was a nudge at Mitch McConnell, the Senate Majority Leader who represents Kentucky. (Jack Daniels is based in Tennessee, but most bourbon is produced in Kentucky.) Jack Daniels says the increased prices are its only way to stay remotely profitable in Europe, though the higher price could decrease sales.

The New York Times reports that American cheesemakers, especially those in Wisconsin, are concerned that retaliatory tariffs from Mexico and the European Union will lead to a vastly decreased market for their products – and that they’ll maybe even have to dump milk. Cheese, like whiskey, was specifically targeted by the European Union, in this case because another prominent Republican, Speaker of the House Paul Ryan, hails from Wisconsin.

In response to widespread concern from farmers, USDA secretary Sonny Perdue has previously defended Trump, who appointed him, saying that he and the president would not allow farmers to become “casualties” of a trade war. (He did not elaborate on how they’d prevent this.) On Monday, Perdue contributed an op-ed to USA Today, in which he continued to stand with the president, reiterating that the tariffs are needed to stop Chinese theft of American intellectual property. A quote:

“The president has instructed me to craft a strategy to support our farmers in the face of retaliatory tariffs. At the U.S. Department of Agriculture, we have tools at our disposal to support farmers faced with losses that might occur due to downturns in commodities markets. To this point, we have not unveiled our strategy, as it is not good practice to open our playbook while the opposing team is watching.”

Perdue, in the op-ed, repeatedly says that farmers will not be allowed to suffer, but does not elaborate on what this strategy might be or when it might take effect, or, for that matter, how announcing a subsidy to soybean farmers (or whatever the eventual plan might be) would in any way harm negotiations.

We’ll continue to keep you posted.