The EPA has put restrictions on dicamba. But do they go far enough? 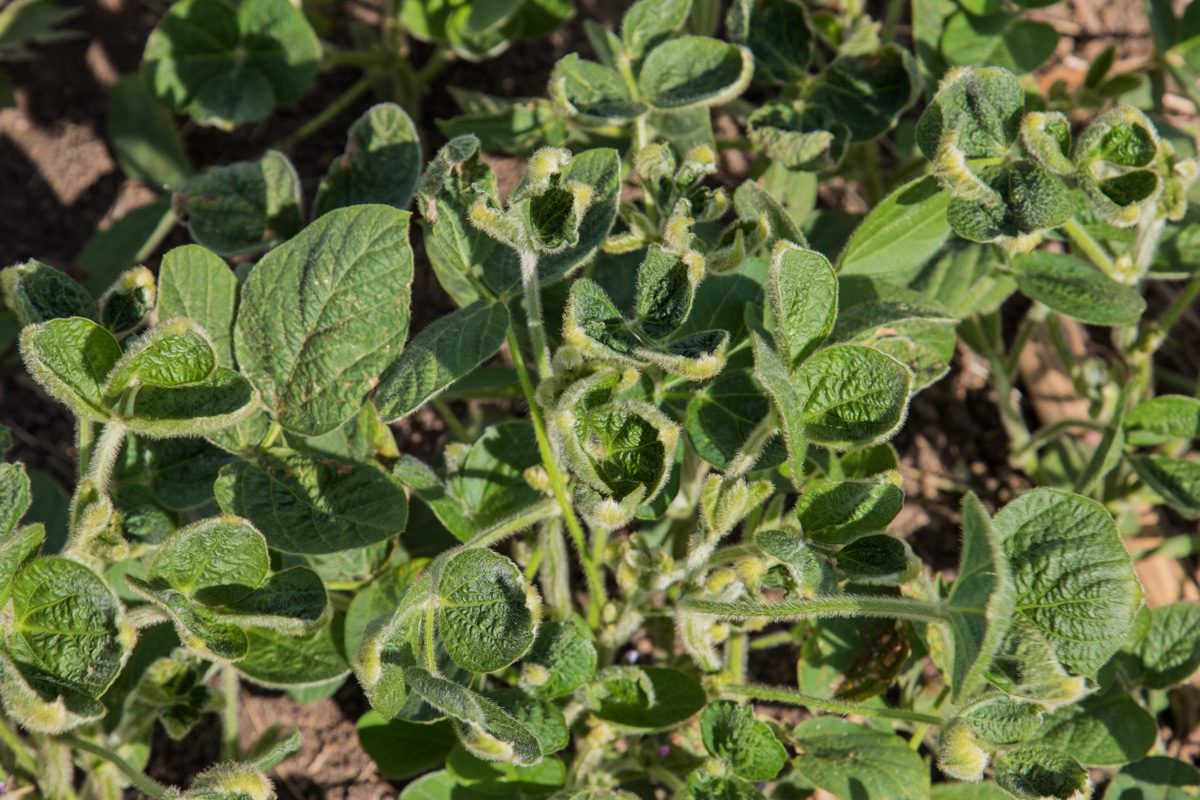 Dicamba has been known to drift away from its intended target and cause serious damage to other plants.
Photography PBouman on Shutterstock
Share
Tweet
Pin
Email
156 Shares

Dicamba has been in use as a local pesticide for decades, but it’s only recently that Monsanto has taken to using it in big, new ways. The past two years have seen the rollout of dicamba-resistant seed for soybean and cotton, as well as a new way to apply it: broad spraying.

But dicamba, it turns out, has a tendency to vaporize and drift with the wind, and it if lands on a farm that hasn’t planted Monsanto’s dicamba-resistant seed, the pesticide will stunt and kill crops in a very distinctive way, with a telltale cupping and curling of leaves, as seen above. Drift from dicamba has affected millions of acres of crops, prompting multiple states to issue temporary bans on the pesticide. Farmers have been taking sides, either pro-dicamba or anti, and at least one farmer has been killed in a dispute over its use.

Following reports that dicamba has drifted into forestland and is harming trees, too, the EPA took action. According to a statement from the EPA, manufacturers selling dicamba pesticide – that’s Monsanto and German agrochemical firm BASF, right now – will have to take new steps to attempt to avoid drift. Dicamba will now be listed as a “restricted-use pesticide.” Here’s what that means, in the EPA’s words:

RUPs are not available for purchase or use by the general public. RUPs have the potential to cause unreasonable adverse effects to the environment and injury to applicators or bystanders without added restrictions. The “Restricted Use” classification restricts a product, or its uses, to use by a certified applicator or someone under the certified applicator’s direct supervision.

In the case of dicamba, the new label will limit the times when dicamba can be applied (for example, when it’s windy), and will restrict application to only those who have undergone special training.

Placement on the RUP list isn’t a ban. It’s incredibly far from a ban; the second-most popular pesticide in the US, atrazine, is on that list. In a statement to Reuters, a Monsanto vice president noted that the restrictions are not only voluntary but were proposed by Monsanto.

The restrictions are in line with what Monsanto’s party-line defense of dicamba: the pesticide itself is not dangerous when applied correctly. Farmers, for their part, say following the 4,500-word directions is insanely difficult, and lawsuits have alleged that Monsanto encouraged farmers to use older, even more dangerous dicamba products before the newer versions were released.

Even with these new rules, there’s also the possibility that dicamba is just…incredibly dangerous. Some authorities have noted that the restrictions do not address the fact that it vaporizes in the first place; that that is its inherent danger. Denise O’Brien, chair of the Pesticide Action Action Network board, a coalition of groups fighting adverse effects from pesticides, told us this:

These new restrictions don’t do nearly enough to address the problem of dicamba drift damage. Farmers and others will continue to be hurt by dicamba drift with these weak rules that give the false impression that EPA is doing something to address dicamba drift. A drift-prone herbicide like dicamba should never have been let on to the market in the first place. Monsanto and other corporations have put farmers in this position, but so far they have not been held accountable for the problems caused by their products.

We’ve reached out to Monsanto for a comment and will update if we hear back.