Dolores Huerta: A Hero of the Farmworker Movement Finally Gets Her Due - Modern Farmer
Lifestyle

Dolores Huerta: A Hero of the Farmworker Movement Finally Gets Her Due

A new film re-writes the history books on farmworker justice - and places this 87-year-old saint next to Cesar Chavez, where she belongs. 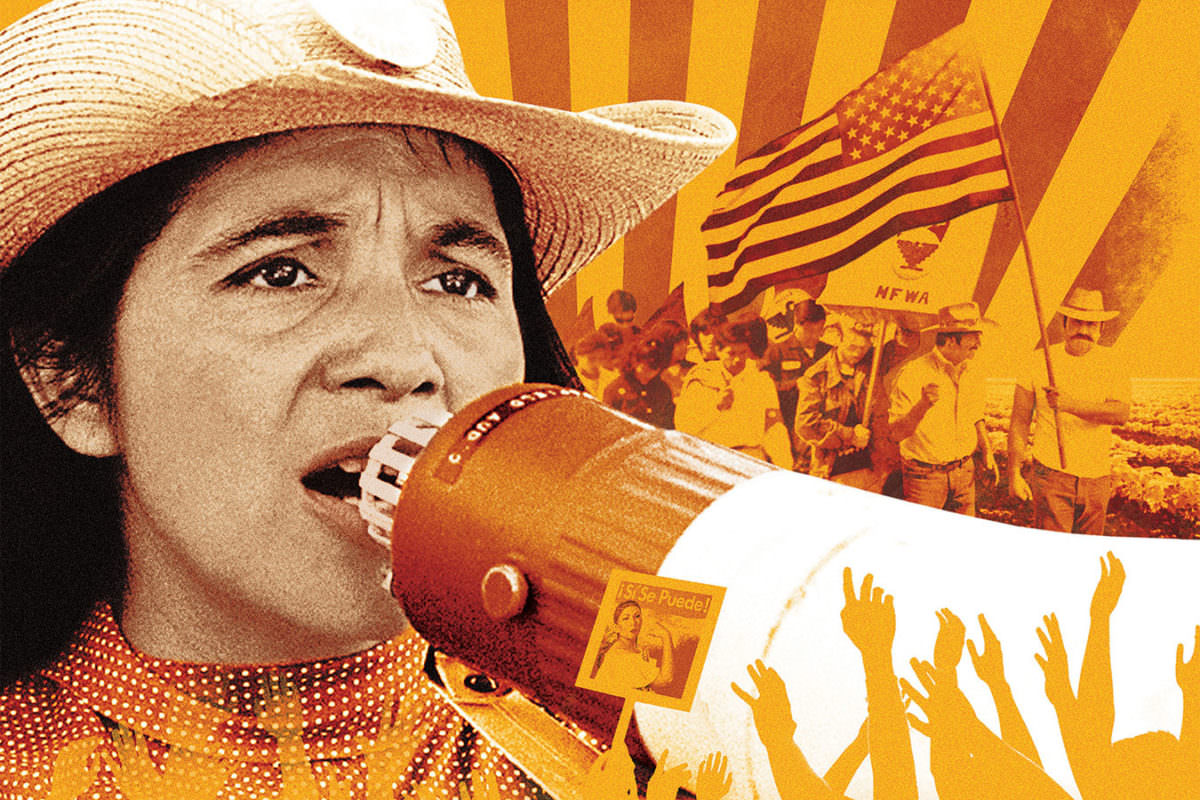 Dolores Huerta has dedicated her life to farmworker rights. Now she's finally starting to get her due.
Share
Tweet
Pin
Email
360 Shares

Hoping to right that wrong, rock n’ roll icon and Latino activist Carlos Santana approached San Francisco filmmaker Peter Bratt about making a documentary on Huerta’s life. That was four years ago. The resulting film, Dolores, of which Santana is the executive producer, debuted at the Sundance Film Festival in January. After picking up several awards on the film festival circuit, it hits theatres nationwide this month. 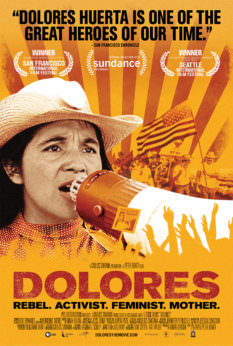 Dolores isn’t some dry history lesson or finger-wagging lament. The film, much of it set to jubilant salsa rhythms, portrays Huerta and the farmworker movement she helped to lead through a positive, hopeful lens, even as the movement’s greatest tragedies are depicted in all their brutal detail. Numerous farmworkers have lost their lives in the struggle to gain the basic rights afforded to every other type of American worker. In 1988, Huerta, then 58, was hospitalized for weeks after being beaten with a baton by a San Francisco police officer during a protest against George H. W. Bush. Huerta’s message, which the film returns to again and again, is only made stronger by these injustices: non-violence is the only true path to liberty.

“Hatred and racism are extensions of violence,” says a younger Huerta in one of the film’s many archival clips. “If we become that which we are trying to end, then we are becoming like the oppressor.”

“Dolores was very gracious when I told her I had stolen her slogan. I’m pleased she let me off easy, Dolores does not play.” – Barack Obama

The film dives deep into the lives of those Huerta touched and transformed – farmworkers, but also Americans of all stripes who were involved in the civil rights movement and looked to her as a role model. Her complex personal life, which was often at odds with her activism, is also a central part of the narrative. The filmmakers’ extensive interviews with Huerta’s children provide a window beyond the faÁ§ade of this seemingly tireless activist and into the strained daily existence of a mother of eleven, who was at times unable to provide for neither the physical nor emotional needs of her kids.

A parade of prominent figures throughout the film testify to Huerta’s influence as a spokesperson for the oppressed. Feminist activist Gloria Steinem, Huerta’s longtime friend, and others make the case that she is not only missing from history books as a leader of the farmworker’s movement, but as an icon of the women’s movement. Bobby Kennedy, widely known for his support of Cesar Chavez, is portrayed as having had a much closer relationship with Huerta, who was by his side when the young Senator was assassinated in Los Angeles during his 1968 presidential run. 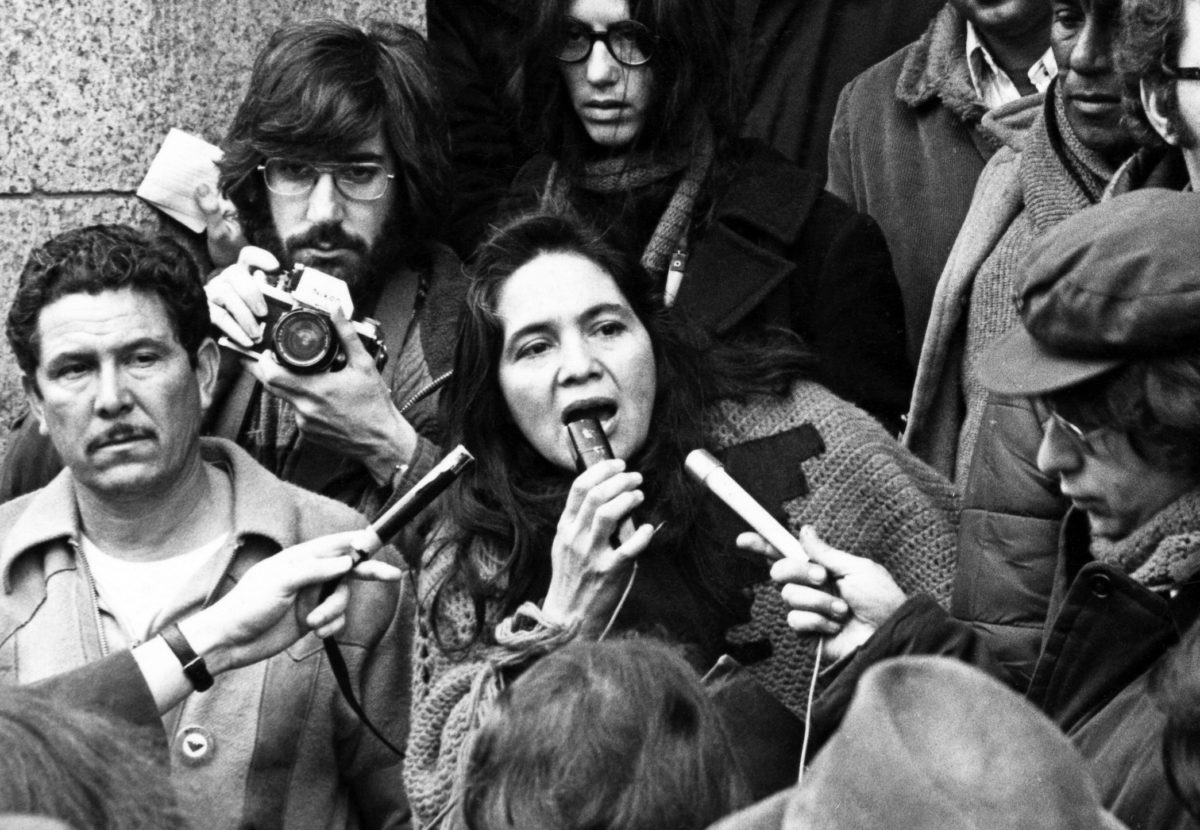 Hillary Clinton makes a short appearance in the film, as does Barack Obama. “Yes we can!” – the rallying cry of President Obama’s 2008 campaign – is the English translation of the United Farm Workers slogan, ¡SÁ­, se puede!. Chavez is frequently attributed with coining the phrase, but the words were in fact Huerta’s. “Dolores was very gracious when I told her I had stolen her slogan,” Obama acknowledges in footage of him awarding her the Presidential Medal of Freedom in 2012. “Knowing her, I’m pleased she let me off easy, because Dolores does not play.”

Huerta, now 87, is still not messing around with her mission of empowerment. She moved on from the UFW after Chavez’s death in 1993 to found the Dolores Huerta Foundation, which provides leadership training in the grassroots style of activism she helped to pioneer. Huerta travels throughout the country spreading her message, but continues to focus most of her efforts in the Latino agricultural communities of the California’s Central Valley. Modern Farmer recently had the opportunity to ask her a few questions about the film and her thoughts on the state of the farmworker movement today.

Farmworkers are the most degraded, debased, denigrated people, and you see how they overcame the biggest powers of the country.

Modern Farmer: Given the renewed intensity of racist hatred and the denigration of immigrants in this country, the timing of Dolores couldn’t be better. We’re coming up on nearly a year since the election of Donald Trump – what’s the tone of conversations in the Latino farmworker community today?

Dolores Huerta: People are very much afraid. There is so much fear when you have families being separated. It’s not a crime to cross the border. It is a civil offense. By crossing the border you’re not hurting anybody, but it’s now treated like a criminal offense when they deport people. There are bills in Congress right now to triple the penalties, so people can be kept in jail for a long time just because they crossed the border. Legalization has been part of the immigration system in this country ever since the country was formed by immigrants centuries ago. But now we have these archaic laws that penalize immigrants, which is so wrong. It’s very inhuman. [Editor’s note: This interview was conducted before Trump’s decision to end DACA.]

MF: Have you found there is a renewed level of intensity and focus in the activist community you’re a part of since Trump was elected?

DH: There really is. We do a lot of work at the foundation around civic engagement, getting people to run for office, voter registration, healthcare, education. The immigrant community really wants to participate. We just settled a big lawsuit against a local high school district about the suspension and expulsion of Latino and African-American children – we’re trying to stop the school-to-prison pipeline. We are very, very busy. We’re hoping that the movie will inspire even more people to get engaged at the local level.

I think in the future women are going to be recognized for the work that they do more than we have been in the past.

MF: Those close to you have long understood your legacy and influence in the farmworker movement, so why is this film just now being made? Why is Cesar Chavez the face of the UFW, and not Cesar Chavez side-by-side with Dolores Huerta?

There is a reason we call it history, not herstory. I think that is gradually changing, especially after the great women’s march that we had recently. I think in the future women are going to be recognized for the work that they do more than we have been in the past.

MF: Did you take part in the women’s march in January?

DH: I did. It happened to be during [the premier of Dolores at] the Sundance Film Festival, so we had a women’s march at Sundance.

MF: What was it like for you personally to make the film?

DH: I think the story is very relevant in terms of what is happening in today’s world. What I liked most about the film is that it shows the power of poor people. Farmworkers are the most degraded, debased, denigrated people, and in the film you see how they overcame the biggest powers of the country at that time – the president of the United States, Richard Nixon; the governor of California, Ronald Reagan; and the American Farm Bureau Federation, which is the most powerful grower organization. These poor farmworkers were able to overcome all that, with the help of the American public. I think that is the message that we need in today’s world: when people step up, they can make a great difference in what happens in our United States of America.

With all the money they’ve spent fighting a union contract, they could have increased the workers wages, contributed to a pension plan, and improved their medical plan.

MF: How do you connect that history with the situation of farmworkers today? Several major victories were achieved in the early days of the UFW, but there are still very few labor agreements for farmworkers, and abysmal working and living conditions are still commonplace.

MF: Clearly, policy matters have not advanced much, but in terms of public awareness of these issues it almost seems that we’ve moved backwards since the sixties and seventies.

DH: One area where there is now much more public awareness is around the quality of food, which is part of the big growth in organic farming. So I think the public is starting to realize that farmers and workers need to be protected at the source of our food where comes out of the ground.

MF: What issues within the farmworker community do you wish had more recognition?

DH: The growers are constantly fighting to prevent labor protections and union contracts. There is one grower, Gerawan, which I helped organize against 20 years ago, that we still haven’t been able to get a labor contract with because they’re still fighting it in court. With all the money they’ve spent fighting a union contract, they could have actually increased the workers wages, contributed to a pension plan, and improved their medical plan. Yet they would prefer to spend that money to fight the union. So it’s been a long, long, long battle. 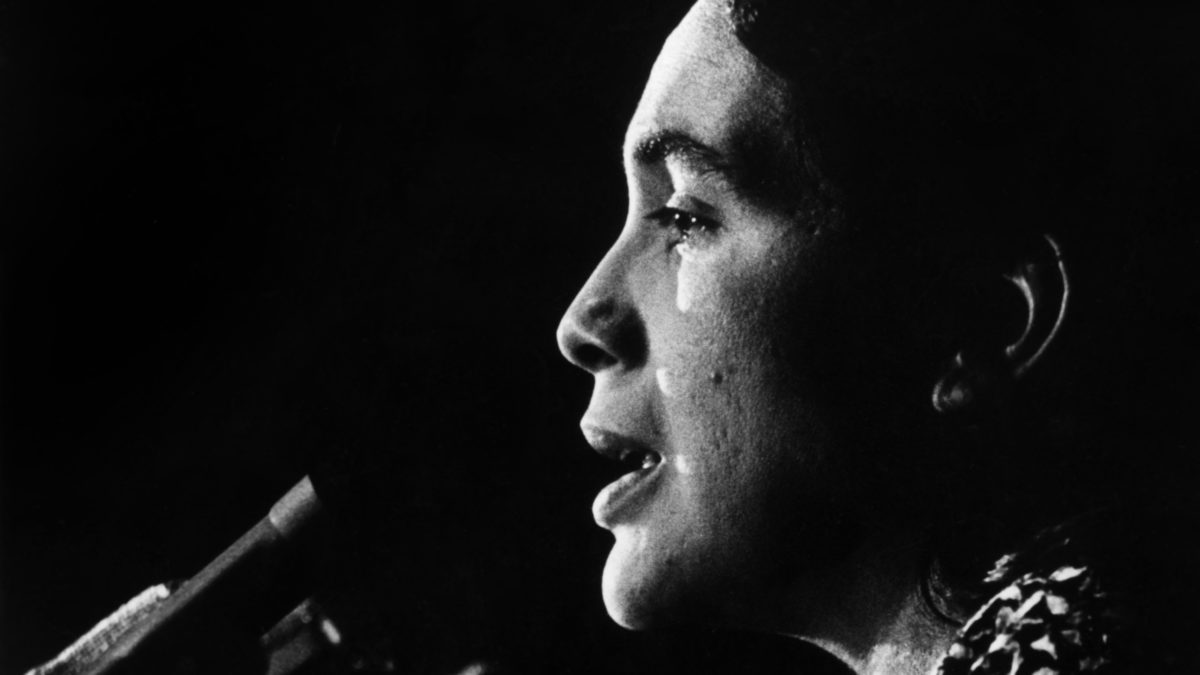 MF: Do you see any sort of silver lining in the Trump presidency for immigrant farmworkers? Perhaps we will look back and see this as the moment that finally catalyzed a more humanitarian, and pragmatic, approach to immigration reform.

DH: Hopefully we have enough pressure now on our president that he will start changing his views, especially toward Mexicans. They are deporting a lot of undocumented farmworkers, and then crying ‘labor shortage’. They want to bring in more contract [H-2A visa] workers, who will never be able to get unemployment insurance, Social Security benefits, or the right to be a resident or a citizen of the United States of America – it’s a step above slave labor.

Though Senator Diane Feinstein, who is a great asset in Congress, has proposed a bill for what she calls a blue card, which would allow undocumented farmworkers to stay here as long as they are working. It is limited in terms of what they can do, but they would be protected and would not be deported.

Visit www.doloresthemovie.com to learn more about the film and to find a screening near you.