Protection for farmworkers, labor for farmers. 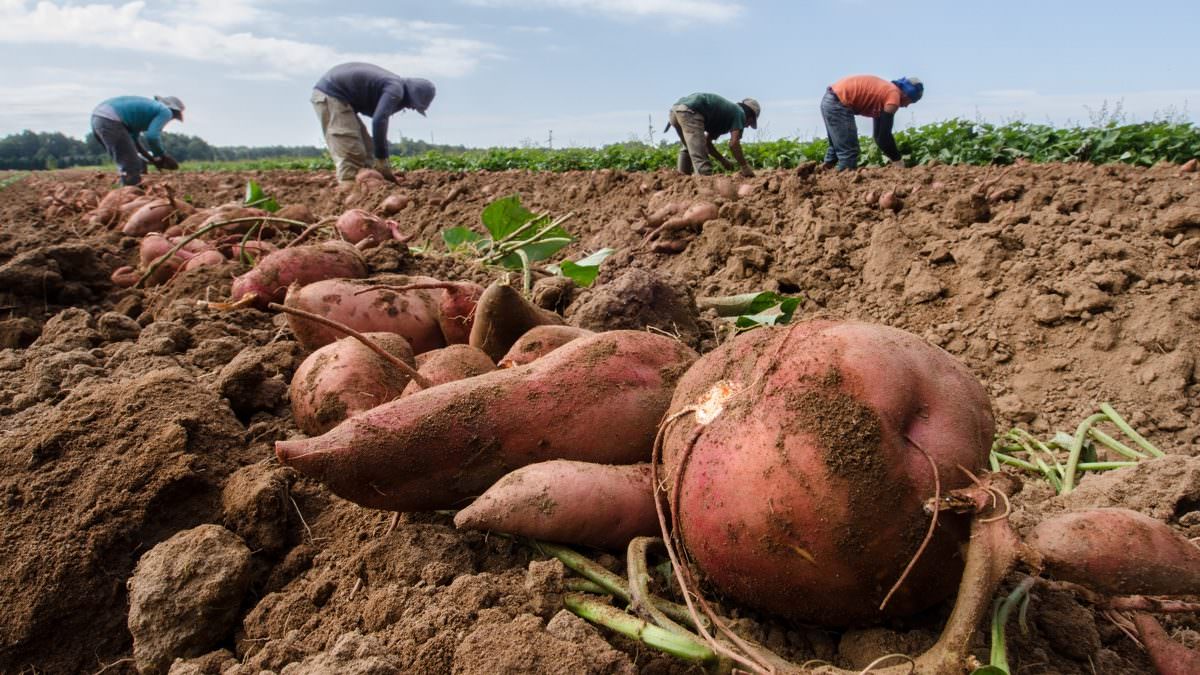 It’s estimated that around 60 percent of all US farmworkers are undocumented immigrants. We don’t know for sure, because undocumented farmworkers are understandably hesitant to announce themselves or allow themselves to be counted in a census, for fear of deportation. Farmers in the country’s biggest growing regions, especially in California, have suffered from a labor shortage for years, and many fear that under the Trump administration, stricter immigration laws will result in deportations and a further lack of labor for their farms.

There’s also the basic human rights element of this issue; undocumented immigrants provide an immensely valuable service to the country and receive no legal protections. (For more on the topic, read our Spring 2017 feature, “The High Cost of Cheap Labor”.) In the interest of protecting both the immigrants and the agricultural workforce, Senators Dianne Feinstein (D-CA), Patrick Leahy (D-VT), Michael Bennet (D-CO), Mazie Hirono (D-HI), and Kamala Harris (D-CA) introduced last week the Agricultural Worker Program Act, legislation that may soon be known as the Blue Card Act.

The idea is simple: any farmworker who has worked in the agricultural industry for at least 100 days of each of the past two years would be eligible for a “Blue Card.” (Green would logically be the best color to indicate an agriculture-based legal status but unfortunately, it’s already taken.) Blue Card holders would also be put on the fast track to a more permanent status in the US (either a green card or residency); depending on the number of hours worked, they could be eligible in three to five years.

Both during and after his campaign, Trump made a point of focusing on tougher immigration laws, including punishments like deportation. That stance doesn’t fly well with farmers, who rely on undocumented workers. But Trump appears to have been convinced, at least at times, by farm organizations, and USDA secretary Sonny Perdue said recently in a speech that he recognizes the important role farmworkers play in the economy. “[Deporting them] is not his focus, nor will that be my focus,” Perdue said of Trump’s plans.

The Trump administration appears to agree with the motive of the Agricultural Worker Program Act, but whether that will result in the bill actually getting passed will depend on whether Republicans support a Democrat-penned bill. It remains to be seen whether “doing the right thing that you also happen to agree with” can overcome intra-governmental strife.

Related
Farmers and Ranchers Squeezed By Rising Fuel CostsEmily Baron Cadloff
Animals
Mormon Crickets Swarm Oregon FarmsShea Swenson
Environment, Fish, Water
The Oyster Farmers Working to Address Aquaculture’s Big Plastics ProblemBridget Shirvell
Environment, Opinion, Politics
Opinion: With Sky-High Fertilizer Prices, There’s an Opportunity to Grow Crops More...Kathleen Merrigan
wpDiscuz
We use cookies on our website to give you the most relevant experience by remembering your preferences and repeat visits. By clicking “Accept”, you consent to the use of ALL the cookies.
Cookie settings ACCEPT
Privacy & Cookies Policy