Our Friends At Goat Yoga Now Have Their Own Beer! - Modern Farmer
Food & Drink

Our Friends At Goat Yoga Now Have Their Own Beer!

A fruity beer that, paradoxically, minimizes the barnyard essence you might get from goats. 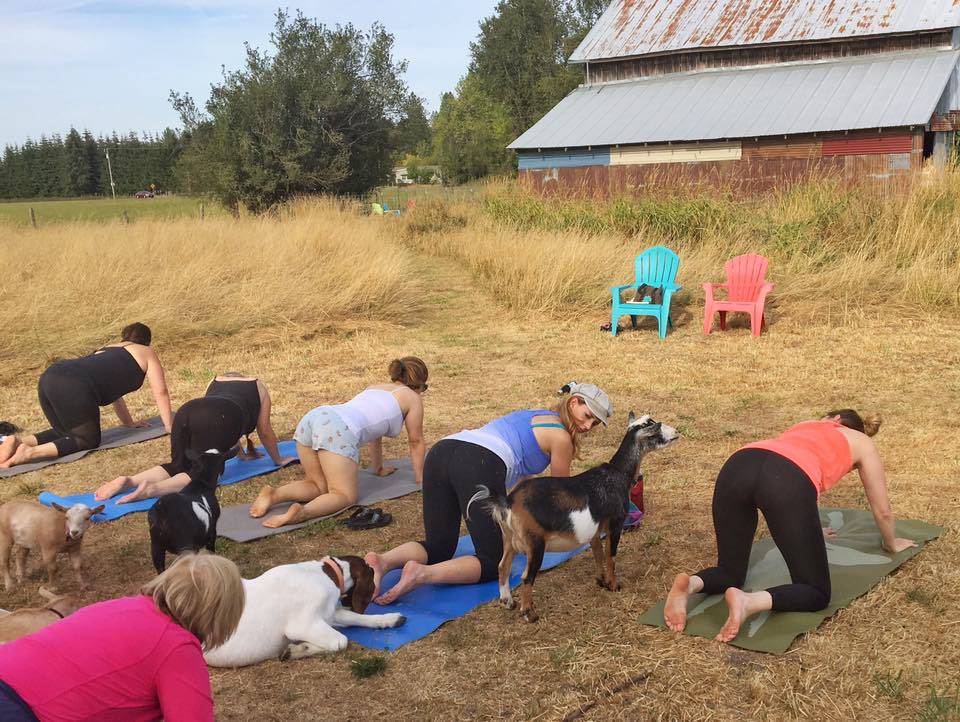 After we wrote about her yoga classes featuring friendly, curious goats wandering around, the world took an interest in her lovable activity. And as a direct product of that, goat yoga now has its own beer: Goat Yoga IPA, produced as a collaboration between two local Oregon brewers, Yachats and Claim 52 Brewing.

“I think the whole project was just to have some fun with it,” Morse told us in an email. “They only brewed a limited amount thinking that it would just be a fun one time thing. Now that it’s snowballing and everyone is finding out about it they’ll be brewing up more!” The beer is a Brett IPA, which we were semi-disappointed to learn was not named after a goat named Brett, but instead is a type of beer named for Brettanomyces, a wild strain of yeast used to brew it.

Beers brewed with Brettanomyces produce a different range of flavors than beers brewed with other strains of yeast. Typically, Brett IPAs are described as having tropical fruit notes, and are less pungently bitter than other IPAs. Morse approves: “I was actually really nervous I wasn’t going to like it because I’m not a big IPA fan but I didn’t even have to fake that I liked it! It’s citrusy and smooth,” she writes.

The beer is available only in a few towns in Oregon right now – you’ll have to travel to Portland, Eugene, or Yachats to try it. But Morse isn’t done with expanding the joy of goat yoga to beverages. “The next thing on my list is Goat Yoga Pinot Noir Wine! Because why not????” she writes.