Every once in awhile, you stumble upon a phrase that immediately incites you to learn more. "Goat yoga" is one of those. Here's the deal. 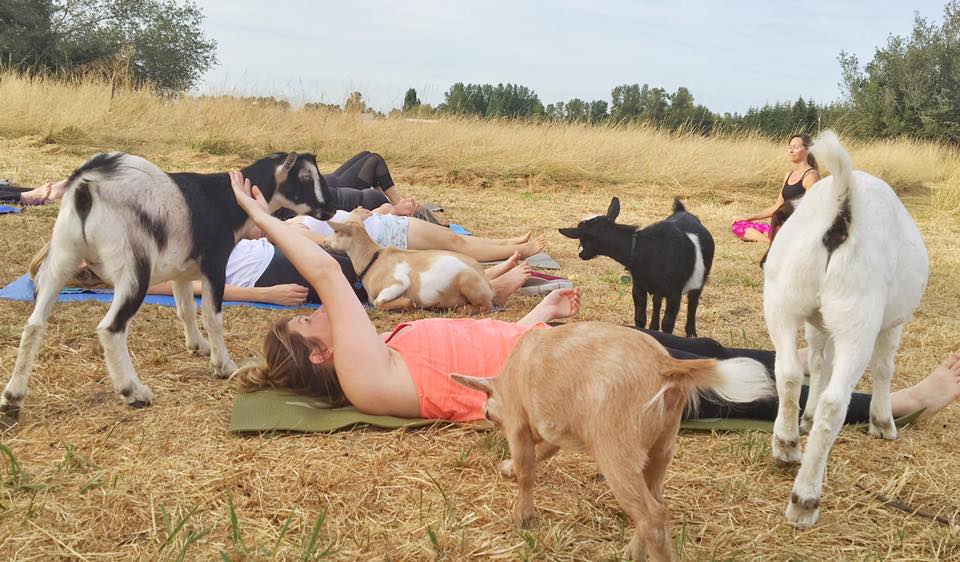 “Goat Yoga is a yoga class that is held in the back field at my farm,” writes Lainey Morse, the proprietor of Goat Yoga (as well as a freelance photographer and office manager) in an email. “My goats are all very social and friendly so they graze and sit and lie down next to everyone.”

Goat yoga is not yoga for goats; with their climbing, prancing, and gymnastics abilities, it seems obvious that goats are more physically capable than we’ll ever be. Instead, Morse’s goats – a mixture of Nigerian dwarf and pygmy goats, with one full-sized Boer – serve more like therapy animals during a normal human yoga class.

Morse lives in Oregon’s Willamette Valley, with views of the Oregon Coast Range of mountains. Originally from Michigan, Morse has lived in Oregon for a decade, and sometimes hosts events at her farm, named No Regrets Farm. At one, a children’s birthday party, one of the parents attending happened to be a yoga instructor with an eye for scenery, and she suggested the farm as a potential site for a yoga class. 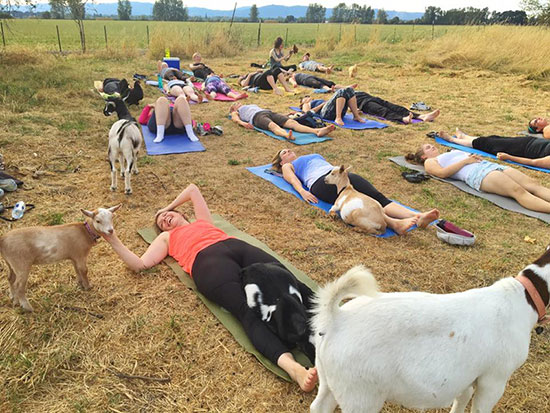 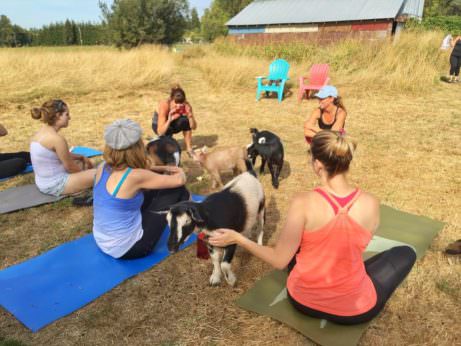 The first Goat Yoga class, in which that same instructor led while goats, chickens, and a barn cat wandered around asking to be stroked, “was a huge hit,” writes Morse. Held earlier this summer, some attendees drove all the way from Portland, 100 miles away. “My goats are just very peaceful animals and everyone that comes over leaves stress free and happy. When they chew their cud it’s almost like they go into a meditative state and it’s very soothing to watch and it’s perfect to combine with Yoga,” she writes.

Morse has scheduled two more classes, one on September 10 and the second on September 24. “I think it’s really special but I do realize that it makes me look a little crazy,” she writes. “That’s okay.” Doesn’t sound crazy at all to us!