Might we suggest eating it in a salad or perhaps in a tasty stir fry? 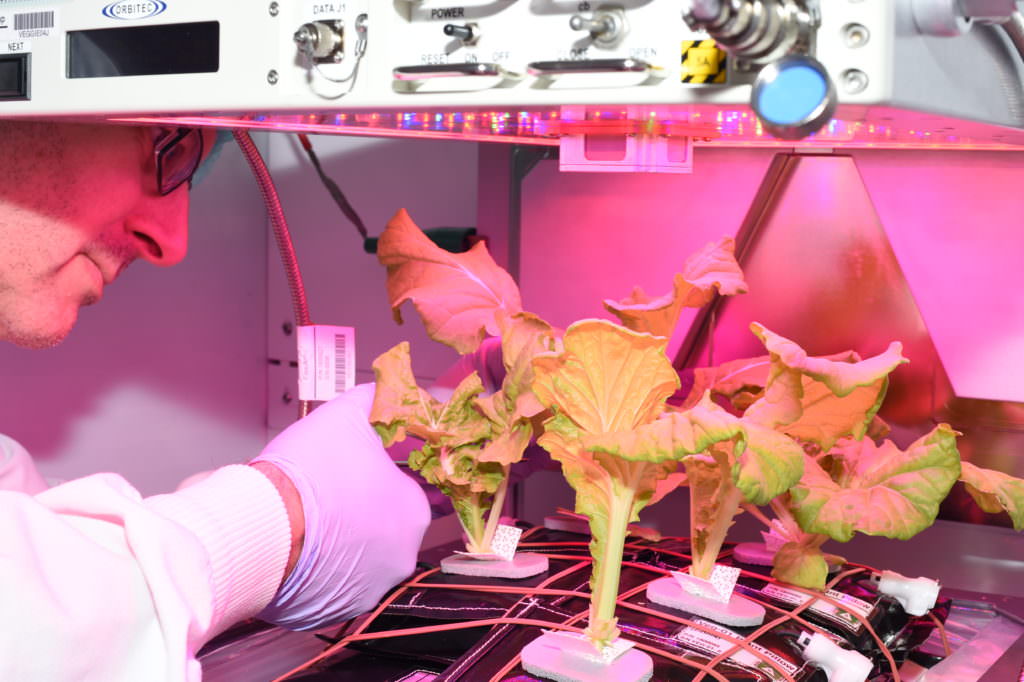 I am growing cabbage on station. I love gardening on Earth, and it is just as fun in space… I just need more room to plant more! pic.twitter.com/5hGMltDVCy

This Friday, the astronauts aboard the International Space Station will harvest and eat the cabbage, a variety called Tokyo Bekana, which is the first cabbage to be grown in space (astronauts have previously grown a romaine variety and some flowers, too.)

Like everything else at NASA, how Tokyo Bekana was selected involves research, research, and more research. Short stature and fast growth were the two main traits scientists were looking for in a crop. A variety of plants, including Swiss chard, several lettuce varieties, spinach and beets, were tested and considered – after all, the whole point is to get the astronauts to eat their veggies. (Just kidding. In actual fact, the project is about figuring out the best way to grow vegetables in space for long-duration trips, such as going to Mars, and to provide the crew with a means of recreation and relaxation.)

“We conducted a survey of several leafy green vegetables and looked at how the crops grew, how nutritious they were, and how a taste panel felt about them,” Gioia Massa, a scientist on the project, told Modern Farmer in an email. “The ‘Tokyo bekana’ Chinese cabbage variety was rated as the top in growth and the favorite of tasters.”

Since this is space, a special system was needed. The Vegetable Production System (nickname: Veggie) forgoes soil in favor of a “plant pillow” that includes controlled-release fertilizer, water, and calcined clay, which helps with aeration. The system, developed by Orbital Technologies Corp, also uses red and green LED grow lights to replace sunlight. A new, large, plant-growing system named the Advanced Plant Habitat (no nick name yet) has been developed and is expected to head up to ISS sometime this year.

According to Massa, one thing the scientist have learned is that the plants are growing “a bit more slowly” than expected, but are “generally” growing well. This is pretty much uncharted territory and things don’t always go as imagined.

“Our testing has revealed that leaves growing under the high CO2 of the International Space Station sometimes have yellowing and we are seeing a little of this yellowing response,” she says. “Being able to distribute the correct level of moisture and oxygen to plant roots has been one of the biggest challenges we face. Getting other environmental conditions optimal for plants is also a challenge.”

The astronauts have already successfully grown (and eaten, and experimented on) red romaine lettuce, but this is the first time Chinese cabbage will be on the menu. Whitson, who loves to garden on Earth, too, has been in charge of growing this round of vegetables. How the crew plans to enjoy this mild and peppery green hasn’t been determined. It can be eaten raw as a salad green or sautéed in a stir fry. But they only get to eat half the crop as the rest will be used for experiments. 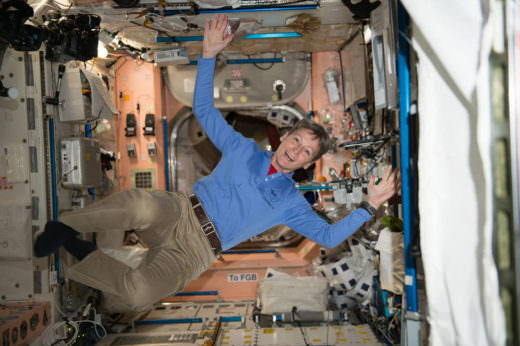 Popular
Yes, the Government Really Does Stash Billions of Pounds of Cheese in...Emily Baron Cadloff
Paddleboarding Goats Make a Splash on Prince Edward IslandNoah Lederman
How to (Actually) Get Rid of Fruit FliesEmily Baron Cadloff
7 Smokable Plants You Can Grow That Aren’t MarijuanaBrian Barth
What to Do With an Abundance of PeppersShelby Vittek
Explore Modern Farmer
Related
Environment, Plants
Making the Case for IntercroppingShea Swenson
Books, Cookbooks
In Her New Book, Molly Yeh Goes Back to BasicsEmily Baron Cadloff
Food & Drink, Plants
In Awe of the PawpawDanny Childs
Plants
Rice Growers Continue to Battle Weedy EnemyLindsay Campbell
wpDiscuz
We use cookies on our website to give you the most relevant experience by remembering your preferences and repeat visits. By clicking “Accept”, you consent to the use of ALL the cookies.
Cookie settings ACCEPT
Privacy & Cookies Policy